The man called “the Indiana Jones of the art world” has located a precious 6th century mosaic stolen from Cyprus.

Finding the 1,600-year-old piece in a Monaco apartment felt very special, Dutch art detective Arthur Brand said. He handed the work over to the Cypriot embassy in The Hague in mid-November 2018.

The recovery of the artwork, which is valued between $6 million and $10 million, brought to a conclusion an almost two-year chase across Europe. 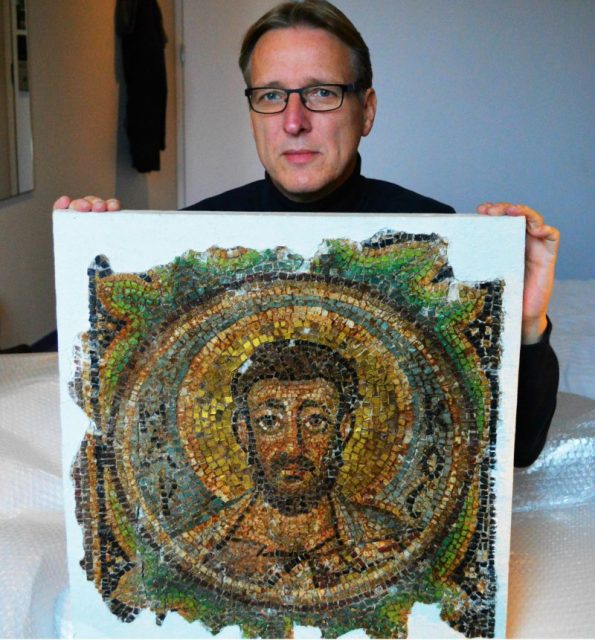 Dutch art detective Arthur Brand poses with the missing mosaic of St. Mark, a rare piece of stolen Byzantine art from Cyprus, in a hotel room in The Hague on November 17, 2018. Brand said he handed back the artwork to Cypriot authorities on the same day. Photo by Jan HENNOP / AFP/Getty Images

Through a series of intermediaries — including contacts in the underground and black-market — Brand traced the artwork to Monaco.

“This is a very special piece that’s more than 1,600 years old. It’s one of the last and most beautiful examples of art from the early Byzantine era,” Mr. Brand told AFP.

The mosaic was removed from Panayia Kanakaria church, about 65 miles northeast of Nicosia, when it was looted in the 1970s during the Turkish invasion. 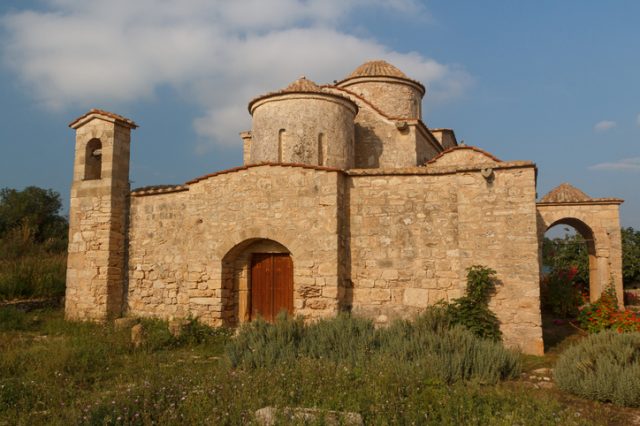 “The mosaics of Kanakaria are of immense importance in Christian art and world culture,” said Maria Paphiti, a former department head at British auction house Christie’s in an interview in The Telegraph.

“It was in the possession of a British family, who bought the mosaic in good faith more than four decades ago,” Brand said. “They were horrified when they found out that it was, in fact, a priceless art treasure.”

The family agreed to return it “to the people of Cyprus” in return for a small fee to cover restoration and storage costs, he added.

The newest installment of the Indiana Jones franchise, which stars Harrison Ford, is scheduled for release in 2020.

Brand earned the Indiana Jones nickname in 2015 after he found two horse statues that once stood outside Adolf Hitler’s office. Harrison Ford in a scene from the film ‘Indiana Jones And The Temple Of Doom’, 1984. Photo by Paramount/Getty Images

Eight Germans between the age of 64 and 79, in some news reports described as Nazi sympathizers, were investigated in that case, Brand said. Many other works of art were found during the raids and authorities had to determine their provenance.

The horses once stood on either side of the stairs into the chancellery that Hitler built in Berlin. The building, like most in the center of the capital, was damaged during World War II. It was ordered demolished by the Soviets, who used its red marble walls to build a memorial to their war dead in East Berlin.

The works were last seen in 1989 on display at a sports field in East Germany that was part of a Soviet barracks in Eberswalde, near Berlin, before the fall of the Berlin Wall. 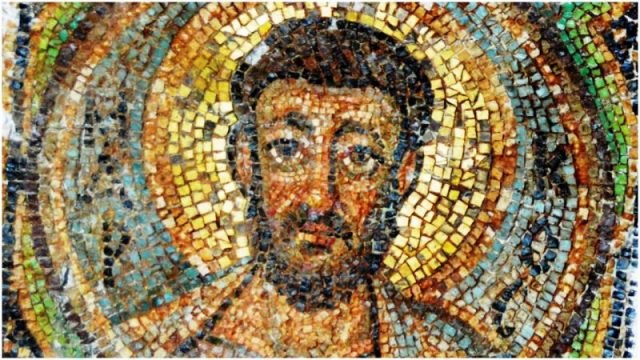 The objects were all found in a warehouse in the town of Bad Duerkheim in the southwestern state of Rhineland Palatinate, Neuendorf said. Other raids were carried out in Berlin, Bavaria, North Rhine-Westphalia, and Schleswig-Holstein. It is not known how the art ended up in Bad Duerkheim.

Police started investigating after learning that someone was trying to sell the art on the black market, according to the National Post.

Brand has played a role in news-making antiquities discoveries, forgery busts, and stolen art cases. Dealing with customs agents and national police on one hand and art smugglers, forgers, and treasure hunters on the other, Brand investigates what the FBI describes as the third largest black market in the world. Only drugs and guns generate more cash.

In his career, Brand has uncovered 1,300-year-old treasure illegally looted from a tomb in Peru and helped deliver the only known copy of the Gospel of Jesus from Egypt to biblical scholars. In 2011, Brand founded a consultancy called Artiaz to assist museums and governments in locating and acquiring illegal art.

“I don’t want to be in the newspapers as the next big criminal in the art world,” Brand told Vice. “I want to solve mysteries. In the morning, I want to be able to face myself in the mirror.”

Read another story from us: Rare Alexander Hamilton Family Heirlooms Given to Museum

Devotion to pursuing art that “belongs in a museum” is the only way to function in a corrupt art world, Brand believes.