A controversy over a gun used on the set of Dr. No has led an auction house to reluctantly cancel the sale of what had been billed as “James Bond’s first gun.”

The firearm was listed as belonging to actor Bernard Lee, who played “M,” and reportedly used in the scene where Bond is told to upgrade his weapon.

The crew needed a gun and the story goes that Lee provided his own Walther PPK. Later the firearm “was gifted to the vendor,” according to original listing. 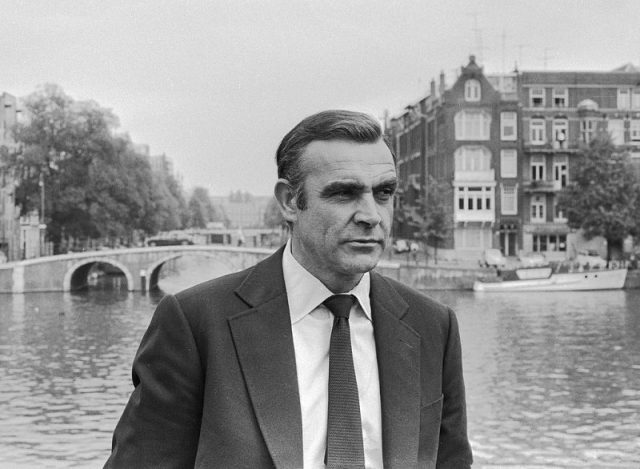 Last spring, Esquire magazine reported, “Lee brought it into set after a prop didn’t arrive, and a letter signed by the actor confirms that it was the ‘first ever to appear in a James Bond film.’ Auctioneer Jonathan Humber described the gun, which was fully-active and unregistered during filming, as a ‘superlative piece of British film history.’ ”

Notes from the movie’s producers also confirmed the brief appearance of the weapon, which was replaced for the rest of the film by a Walther PP.

However, James Bond experts say that even in the first scene when M tells Bond what gun to use, it is the Walther PP, not the PPK supposedly from Lee. They have studied freeze frames to analyze the gun. 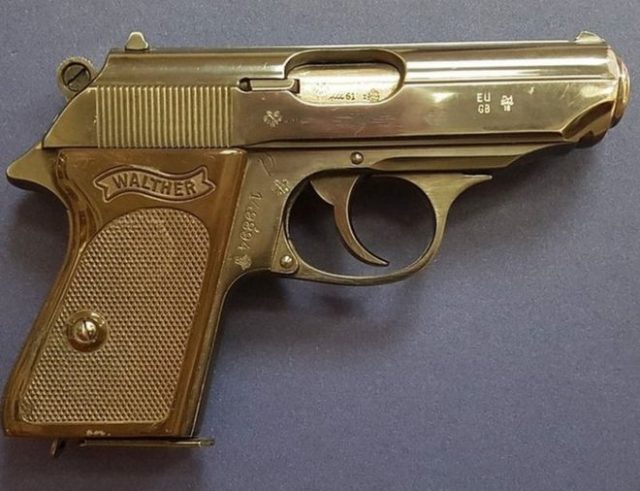 Auctioneer Humbert said its sale was pulled “with a heavy heart.”

The PPK on offer came with a signed letter from Bernard Lee, dated 1974, which explained how the gun ended up in the film. The letter was addressed to a friend accompanying the weapon as a gift.

“…This Walther pistol numbered 149894 is a small piece of 007 history. As you are aware I have played the part of M in several of the James Bond films. The first of these, Doctor No contained a scene in which Sean was scolded by myself about his choice of firearm.” 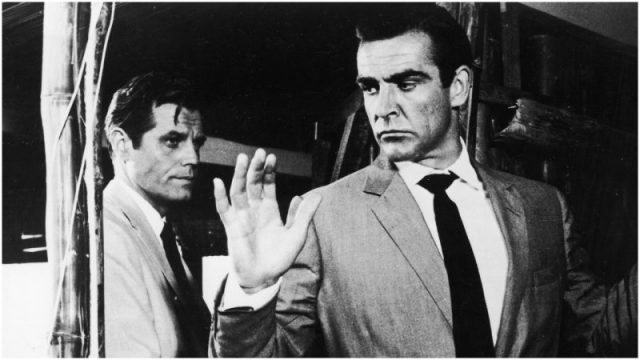 “His Beretta pistol was replaced by a Walther pistol. On the day of the take the pistol that was to be used was not going to be available, so I took into the studio and used for the scene this pistol which I have had for many years. (It was fully functional at the time, I have since removed the firing pin).”

“This pistol is there for the first one ever to appear in a James Bond film. Yours very sincerely, John Bernard Lee.”

Lee played the role of M in 11 Bond films, from Dr. No to Moonraker.

On a James Bond site, one person posted, “It’s utter balderdash… It’s a PP in that scene. If the letter is genuine, Mr Lee was certainly exaggerating and bending certain truths.” 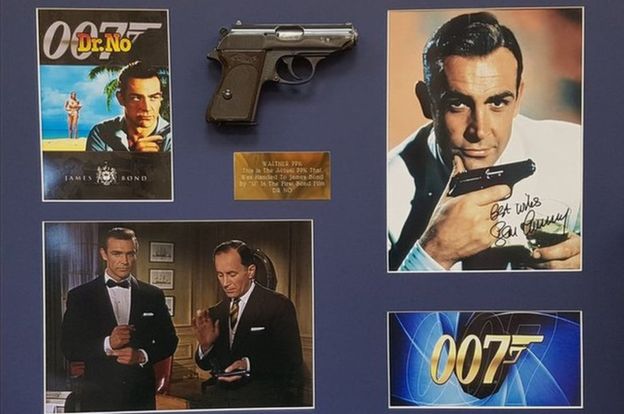 Another person who consulted on an earlier auction of James Bond guns posted that he has told auctioneers which gun was used in Dr. No. “This actually meant freeze framing every time Bond’s pistol appeared on screen, in his hand, by his bed, in the sand and in his pocket.”

The consultant went on to say, “There are too many examples of PPK pistols in particular appearing at major auctions claiming to be the one used by a particular actor where in reality the engraving on the pistol was not utilised by the factory until long after the actor in questions tenure as 007 had come to an end or the shape of a pistol being pre-Bond.”

The Walther PP is a German pistol issued to Bond in the Ian Fleming novel, Dr. No. With the transition to film, the PP became Bond’s primary weapon and was featured until 1997 and Tomorrow Never Dies.

Read another story from us: 7 Intriguing Surprises about James Bond

Humbert told the BBC, “Given such a tide of differing opinion, the only course was to regretfully withdraw it, pending further diligence and investigation. Even the experts cannot agree.”

« Pet Rocks! The Most Hilarious Toy Fad of the 70s
How an African-American Woman Became America’s First Self-Made Female Millionaire »