Mary Phelps Jacob, a New York socialite, was awarded a patent for creating the first modern brassiere, inspired by 18th century French corsets, in 1914. Does that mean that women prior to that had no undergarments dedicated to enhancing their “assets”?

It is known that Greek and Roman women wore breastbands, strips of cloth or leather wound around the bust to keep things firmly in place during sport, but up until recently most fashion historians believed that bras with clearly visible cups did not exist prior to the 20th century.

Nevertheless, Beatrix Nutz, an archaeologist from the University of Innsbruck, Austria, made a groundbreaking discovery proving that modern-style bras existed as early as in the 15th century.

The linen garments were among a cache of textiles, leather, wood, and straw found under the floorboards on the second floor of Lenberg Castle during an archaeological survey, in 2008. The survey of the castle, located in East Tyrol, Austria, was carried out as part of an extensive restoration project. 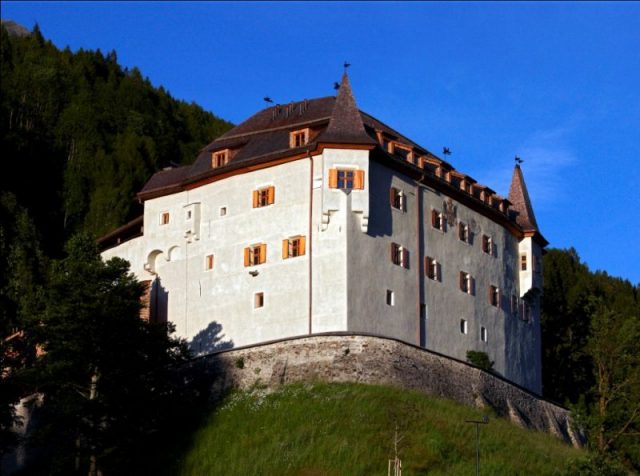 The underfloor vault was filled with unused items thought to have been placed there as insulation during the 15th century reconstruction. What was waste for the medieval inhabitants became important research items for archaeologists and historians of today. Many of the items were wonderfully preserved in the dry environment.

In 2012, Nutz presented a thesis on the medieval textiles found in the castle. 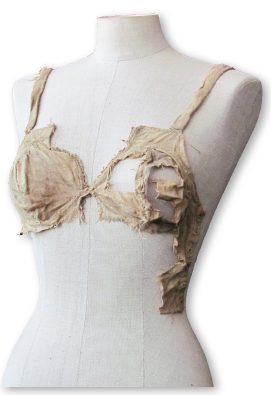 Picture from the University of Innsbruck shows a bra from late Middle Age found at Lemberg Castle in Austria. (BEATRIX NUTZ/INSTITUT FUR ARCHAO/EPA)

Among the finds were four bras resembling modern designs. Two of these undergarments were a combination of a short shirt covering the décolleté and two cups, with a decorative band that would have helped support the bust. They are unfortunately fragmented with only one cup in good condition.

In an interview for Ecouterre, Nutz explains her sense of wonder: “My first thought was what probably anybody would have thought, ‘That’s impossible, there aren’t such things as bras in the 15th century.’” 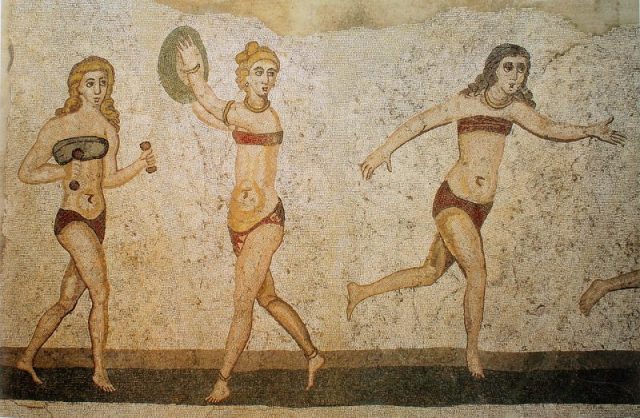 The third garment was elaborately decorated with lace work on the straps and at the lower edges of the cups. It had two broad shoulder straps and possibly a back strap, almost identical to bras in use today. 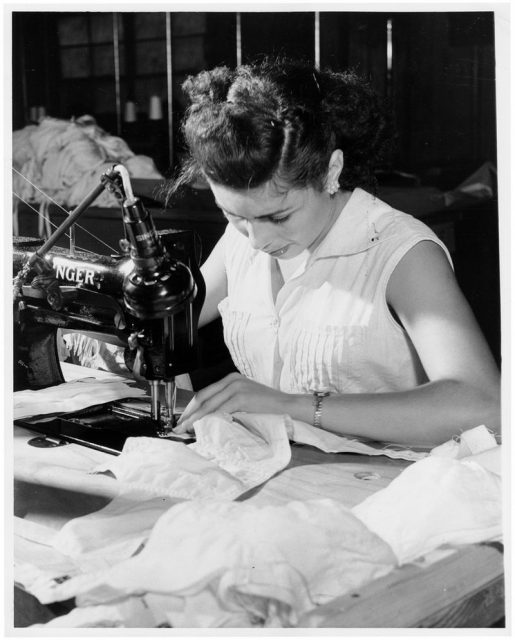 A seamstress sews a bra in Puerto Rico. Photo by Kheel Center CC BY 2.0

The last bra is similar to the longline bra’s that were popular in the 1950s. It features narrow shoulder straps and two linen cups sewn together. The fabric extends to the bottom of the ribcage with eyelets for lacing it together on the sides, a little like a soft corset.

Among the items the researchers also found some underpants. They were hourglass shaped and had thin straps on the sides, resembling a modern bikini. They had been repaired three times with linen patches. 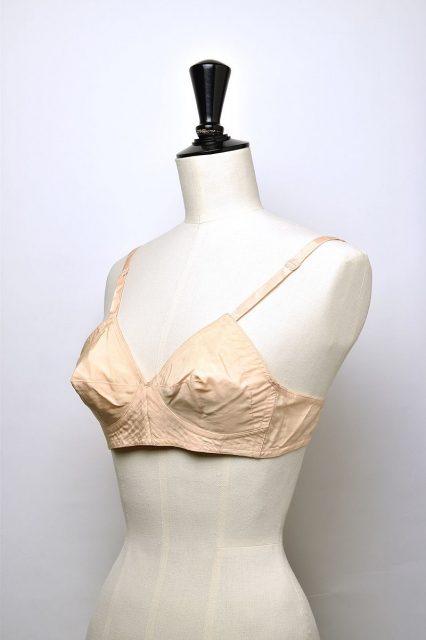 As it was believed that women did not wear underpants until as late as the 18th century, this discovery could rewrite our understanding of undergarment female fashion.

This style developed during the late 14th and early 15th century when men started to wear full (joined together) underpants instead of single legged hose.

As with the bras, the underpants could prove that some women did indeed wear some sort of lingerie. However, it is still not completely clear which gender wore the item found in the vault but it’s reasonable to assume it was for a female.

There are written sources that suggest some women wore drawers, although, as Nutz comments, it was historically considered that “trousers and underpants were considered a symbol of male power and women wearing them were pugnacious wives trying to usurp the authority of their husbands, or women of low morality.”

Writing for History Extra, Nutz also quotes Fynes Moryson, an Englishman who recorded his experiences of traveling through Europe.

In Italy, Moryson wrote of seeing “courtesans… apparelled like men, in carnation or light coloured doublets and breeches.” Meanwhile, in the Netherlands, “some of the chief women not able to abide the extreme cold… do use to wear breeches of linen or silk.”

With all these wonders and contradictions Nutz sent the items to further testing and she was thrilled upon getting the results back.

She says for Ecouterre: “Only when we got the results of the radiocarbon-dating from the ETH in Zurich did we believe that they were indeed from the late Middle Ages.”

This discovery rewrites a chapter in fashion history as it is extremely rare to come across undergarments as old as these.