Lenny Bruce was a controversial American comedian during the 1950s and 1960s. As Bruce gained fame and popularity, he moved on from doing stand-up comedy at small strip clubs to performing in larger mainstream halls.

Bruce also attracted attention for his edgy routines that often pushed the limits of good taste. Arrested and put on trial numerous times, Bruce came to symbolize the debate between free speech versus offensive material.

In the early 1960s, the raunchy comedian was at the height of his career. He had been featured nationally on the Steve Allen Show. However, in 1961 Lenny Bruce’s career began to unravel, when he was arrested in San Francisco for violating state obscenity laws. 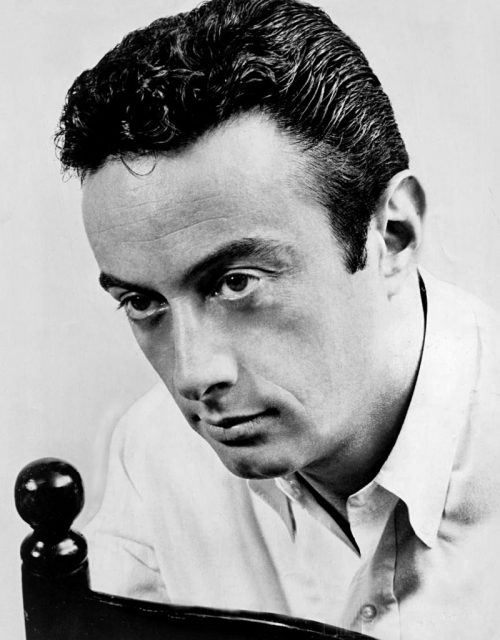 A lawyer that advocated for First Amendment freedom of speech rights, Albert Bendich, represented Bruce in court. Bendich called Bruce’s biting political and sexual humor the latest in a long line of social satire, going back to literary greats such as Jonathan Swift. Literary experts were called as witnesses to support Bendich’s claim. After deliberation, the jury acquitted Bruce.

Upon returning to stand-up comedy, things got worse for Lenny Bruce over the next two years. Twice after shows in Los Angeles, Bruce was charged with obscenity violations. The trials for both violations resulted in deadlocked juries. Charged and arrested the same year in Chicago, Bruce was found guilty and sentenced to one year in prison. 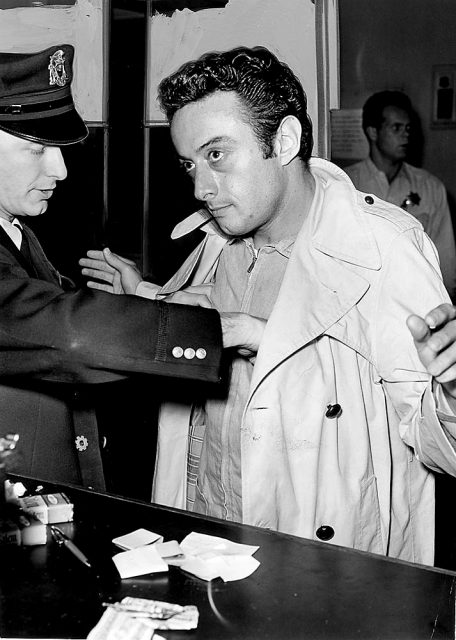 Remaining free while appealing his Chicago conviction, Bruce attempted to do a show in Britain. But instead of being able to perform, he was taken back to the airport and deported. Back in California, Bruce was again arrested, as well as ordered to go into rehab for drug addiction. Bruce decided to flee to New York City hoping to continue his career.

The comedy of Lenny Bruce was changing. Worn down by the repeated arrests and trials, Bruce turned away from general satire and talked more about his personal battles with the law and society. 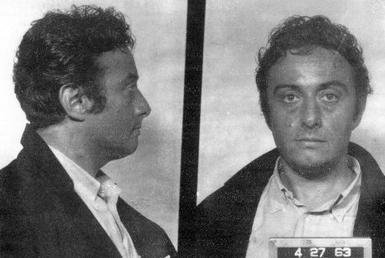 Bruce in 1963, after having been arrested in San Francisco.

Bruce was watched closely in New York as well. In 1964, a city license inspector attended one of Bruce’s shows. Among the items recorded by the inspector was Bruce describing the famous Jacqueline Kennedy photo of her crawling on to the trunk of the car after her husband had been shot.

Bruce suggested Mrs. Kennedy wasn’t trying to get help for the president in the photo, but instead was running to save her own life. Another bit described men as oversexed beings willing to have sex with anything that moved, including a chicken. 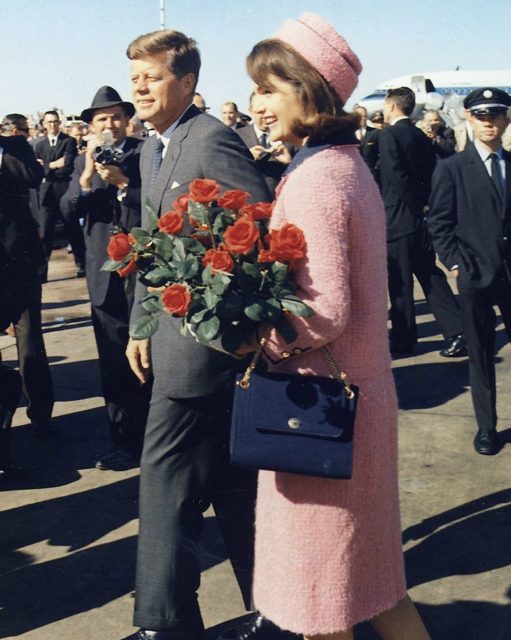 Once again Bruce was hauled off and arrested. The New York arrest brought some noted intellectuals to Bruce’s defense. More than 80 celebrities signed a petition demanding Lenny Bruce be allowed to perform, free from censorship and harassment.

Some of the names on the petition included Paul Newman, Bob Dylan, Elizabeth Taylor, James Baldwin, and Woody Allen.

The new trial pitted Bruce’s use of dirty language and suggestive material against his right to free speech. The prosecution used the testimony and notes of the city license inspector, as well as from police officers who attended some of Bruce’s other performances. 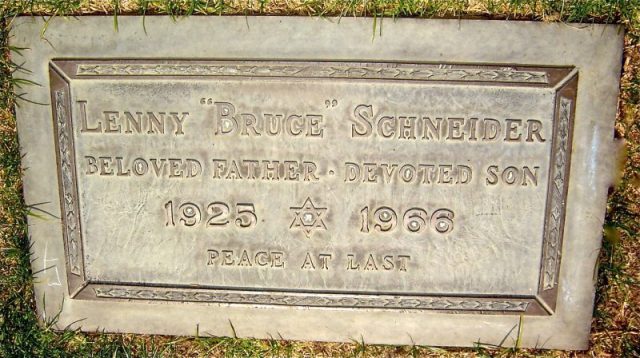 The defense brought in media critics, psychiatrists, and religious figures that supported Bruce’s right to speak. The prosecution countered with their own academic and medical figures that claimed Bruce’s comedy had no redeeming value other than to outrage and arouse the audience.

Bruce himself became ill during the trial, which was forced to adjourn while he recovered in hospital. Reading law books and other commentaries on free speech now took up most of Bruce’s time.

In the end, Lenny Bruce and comedy club owner Howard Solomon were found guilty as charged. Bruce was sentenced to four months of labor in a workhouse, but again did not serve time while he appealed the verdict.

Read another story from us: The Comedian who Passed Away Live on Stage

However, the appeal was never completed. Bruce got progressively weaker. On August 3, 1966, he died of a morphine overdose in his home.

In May 2003, the governor of New York issued Lenny Bruce a posthumous pardon, based on what he called the State of New York’s commitment to upholding the First Amendment.