When you’re looking for a real-life model for Jesus Christ, you’d be hard pushed to think of a less appropriate stand-in for the Prince of Peace than Cesare Borgia.

One of the most notorious members of Renaissance Italy’s most notorious dynasties, the cruel Cesare was thought to be the inspiration for Niccolo Machiavelli’s satirical handbook for would-be tyrants, The Prince. 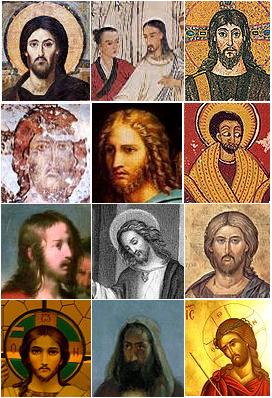 Thanks to his father – who became Pope Alexander VI in 1471 – Cesare was made a bishop at the age of 15 and a cardinal at the age of 18. At this point in history the Pope directly ruled over a kingdom that dominated central Italy from its capital of Rome. 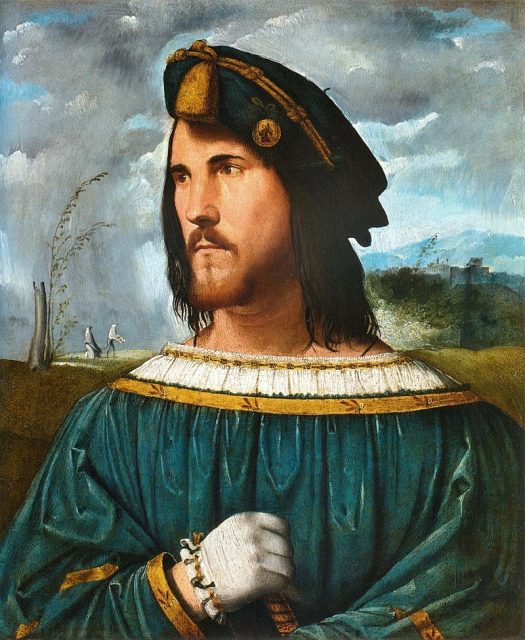 Though a rising star in the church, Cesare fancied himself a military man. There was one problem though, his father had chosen that career for his older brother, Giovanni. Pope Alexander had appointed his pride and joy Captain General of the Church — the supreme commander of the Papal States’ armed forces. 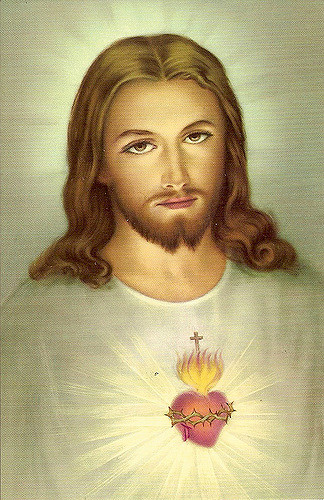 Coincidentally, in 1497, Captain General Giovanni Borgia was found floating lifelessly in the River Tiber. Cesare left the church, inheriting his brother’s role, titles and wealth, plus the title Duke of Valentinois as a gift from the Pope’s staunch ally King Louis XII of France. 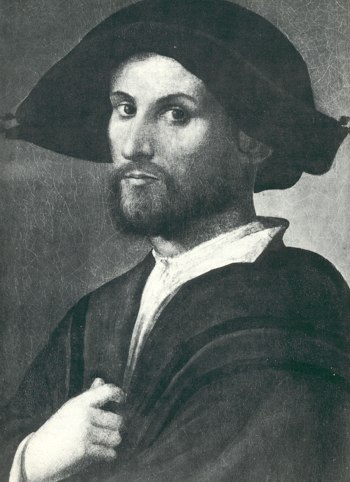 The family weren’t exactly short of enemies in Italy, but some suspect Cesare was behind his brother’s end, perhaps even drawing the blade himself. Further Borgia family drama comes from the fact that both Cesare and Giovanni shared a mistress — Sancha of Aragon, the wife of a third brother, Gioffre Borgia. A notorious womanizer, Cesare fathered 11 known illegitimate children. 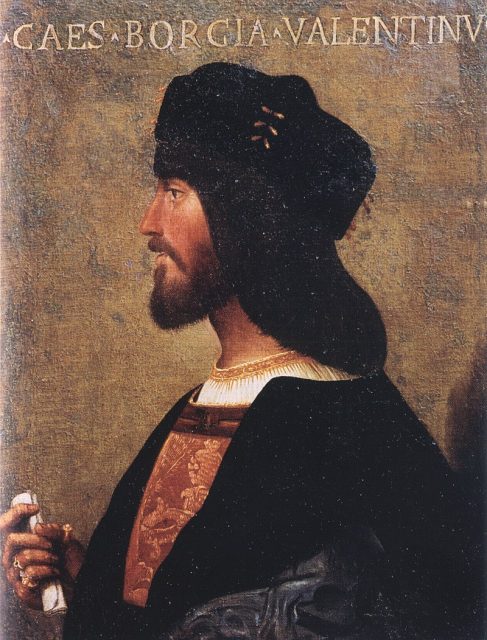 Profile portrait of Cesare Borgia in the Palazzo Venezia in Rome, c. 1500–10

As papal warlord, Cesare rampaged across the neighboring Italian states, while at home anyone who stood in his way, including family and friends, was done away with. When his army rebelled against him, Cesare played peacemaker. He agreed to an amnesty and then in bad faith ordered all the ringleaders to be “taken care of”. 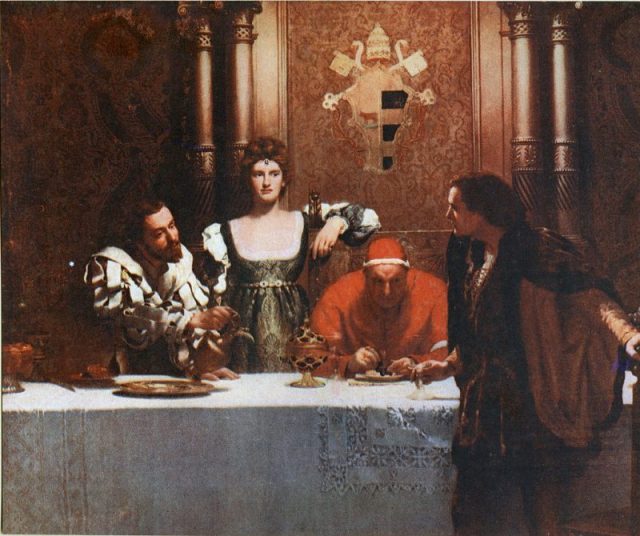 This very strange idea that one of the modern images of Jesus is based on Cesare originally comes from a claim made by the renowned novelist Alexandre Dumas and picked up and expanded upon by biblical theorists. The argument goes that Jesus was originally depicted as appearing non-European because he was Jewish, which did not sit well with the Borgia pope at the time. So in order to create a more “European-looking” Jesus Pope Alexander VI commissioned new paintings of Jesus using his illegitimate son Cesare as their model.

He then allegedly “ordered the destruction of all art depicting a Semitic Jesus,” thereby popularizing one of the main enduring images of Jesus we have today. So the theory goes.

It’s certainly true that images of Cesare Borgia from the period are uncannily similar to the images of Christ painted around the same time. Cesare even gazes serenely off canvas in his most famous depiction.

His friendship with Leonardo da Vinci may have also helped popularize a particular depiction of Jesus that echoed Cesare’s appearance. (Inevitably, given Cesare’s reputation, they were also rumoured to have been lovers). 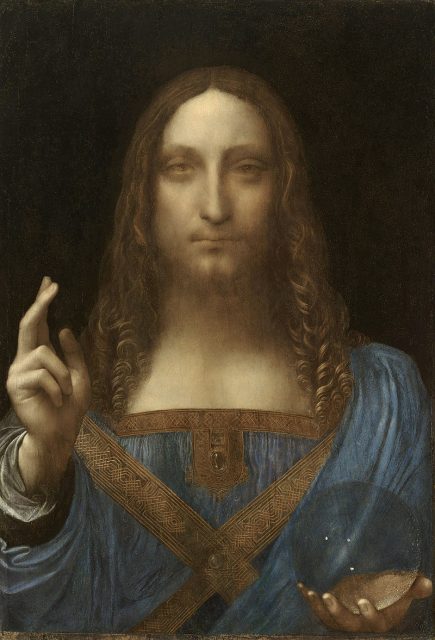 A similar theory which has long been floating around posits that Jesus, as a Jewish man, was previously depicted as a Middle Eastern figure until the outbreak of the Crusades made it politically unpalatable to have him resemble the “enemy.”

One problem with this is is the timeline doesn’t make sense. The Crusades in the Middle East took place between 1096 and 1291, whereas Cesare lived between 1475 and 1507. 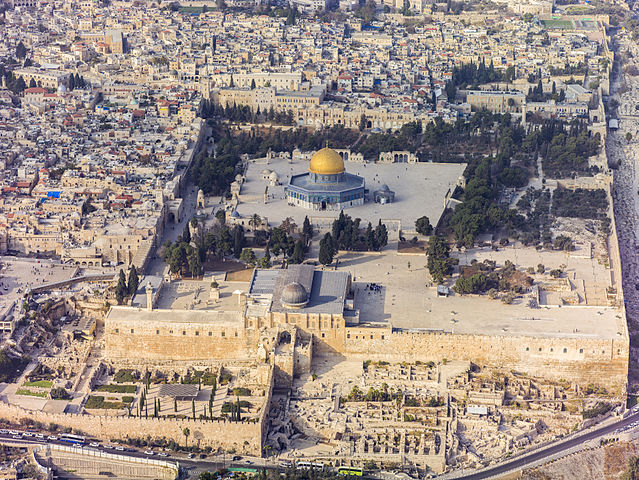 Another problem is that it ignores the evidence. Jesus began to appear as a figure with a beard and long hair in the 5th century, and his skin tones varied across this period, largely to reflect whichever culture had created the image. 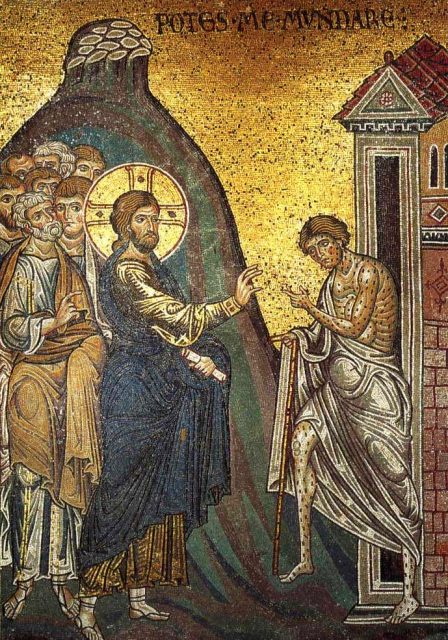 Jesus cleansing a leper, medieval mosaic from the Monreale Cathedral

But if you want to compare a painting of Cesare Borgia to a painting of Jesus Christ, look at the icon of Christ Pantocrator at St Catherine’s Monastery in Sinai.

Like Cesare, Christ Pantocrator has long brown hair, a brown beard, and a noble face with defined features, a strong jawline and cheekbones. It looks every inch like the “generic” depiction of Jesus doesn’t it?

Christ Pantocrator was painted on a wooden board in the 6th century, 800 years before Cesare was born.

Read another story from us: 3 Men who Believed they were Jesus were Forced to Live Together – It Ended Badly

The theories are interesting to study, but, as many Biblical theories and hypothesis about the true image of Christ, they are short on concrete evidence.