How Franklin Roosevelt’s Handicap Helped Rouse the Nation into Charity

Polio, also known as infantile paralysis, is a virus that attacks the central nervous system and affects the nerves that control muscle movement.

In many cases people can be infected with the virus and not show any, or only mild, symptoms, but for others it can result in headache, muscle pain and fever, followed by localized muscle paralysis, which is permanent.

For sufferers who show these symptoms, some may come away with just some localized weakness in arms or legs, but, depending on which nerves the virus attacks, it could be fatal. 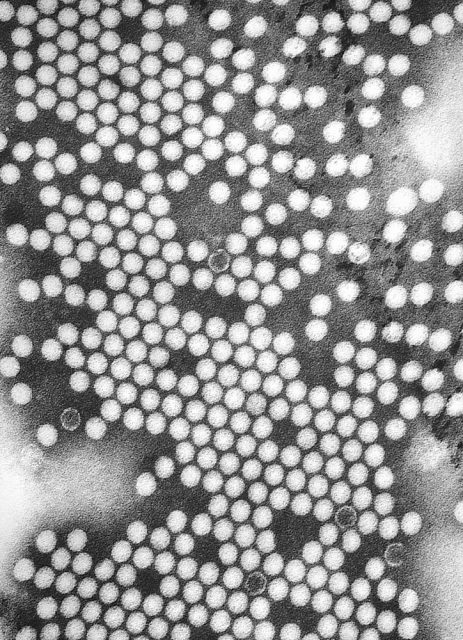 A TEM micrograph of poliovirus.

According to PBS, although the virus has been around for centuries, severe cases, let alone outbreaks, were relatively unusual until the 20th century.

Even when infants were exposed to it as they began eating solid food, they had antibodies against polio that they received from their mother’s milk. 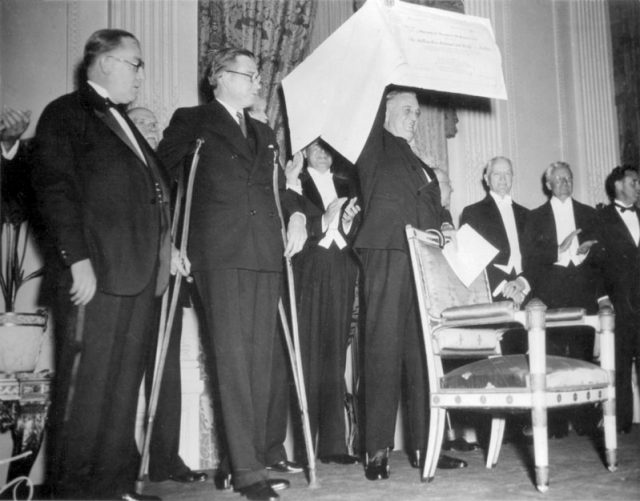 It wasn’t until standards of hygiene and sanitation improved, meaning fewer people were exposed and developed antibodies to defend against the virus, that America began to see polio outbreaks.

In the 1930s, ‘40s and ‘50s, the virus tended to pop up every summer, quickly crippling otherwise healthy children and some adults along the way. One of those who was afflicted with polio was Franklin Delano Roosevelt, who contracted it at the unusually late age of 39.

Roosevelt got the virus 11 years before he made his bid for the presidency, according to Smithsonian, but it didn’t stop him from going down his personal path. 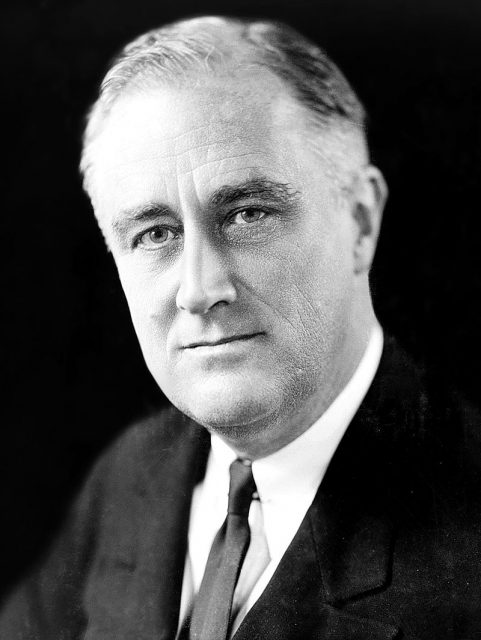 Despite his disability, he was elected first as Governor of New York, and later as President of the United States, which put him in the position of being able to try to do something about combating the illness.

Although there are some sources that say that Roosevelt hid his disability when he was in office, he really didn’t — he just didn’t make it obvious. 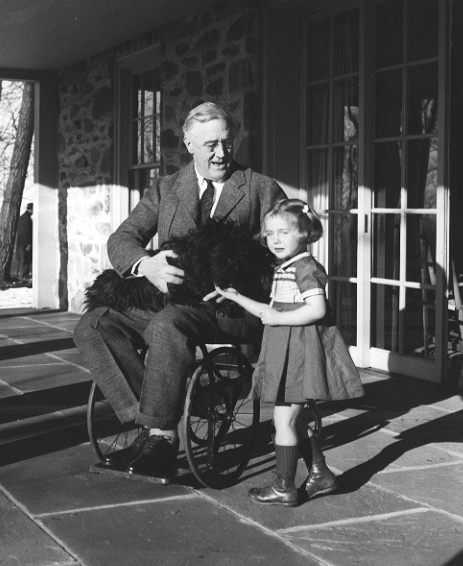 Rare photograph of Roosevelt in a wheelchair, with Fala and Ruthie Bie, the daughter of caretakers at his Hyde Park estate. Photo taken by his cousin Margaret Suckley in February 1941.

People knew he’d had polio, which is probably why the public was so responsive when he did fundraising for polio research and to aid families who were struggling with the disease. His first efforts in that direction were his annual birthday balls.

Then, in 1937, he announced the new National Foundation for Infantile Paralysis, which was renamed the following year, becoming the March of Dimes. 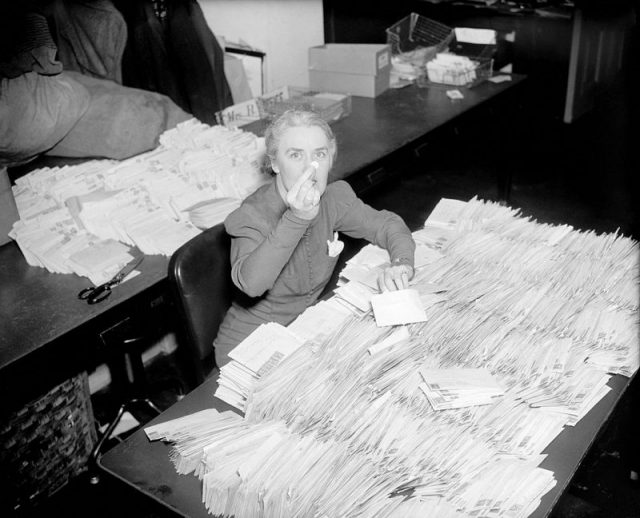 FDR’s personal secretary Missy LeHand with 30,000 letters containing ten-cent contributions to the National Foundation for Infantile Paralysis that arrived at the White House the morning of January 28, 1938.

The slogan for the fundraising campaign, and the eventual new name of the foundation, was a play on words from the title of a popular newsreel, The March of Time, and was suggested by popular comedian Eddie Cantor. Cantor also suggested that the donations could be sent directly to the White House, assuming presidential approval.

Why dimes? The idea was that even though the country was on the brink of war, most people could spare a dime. 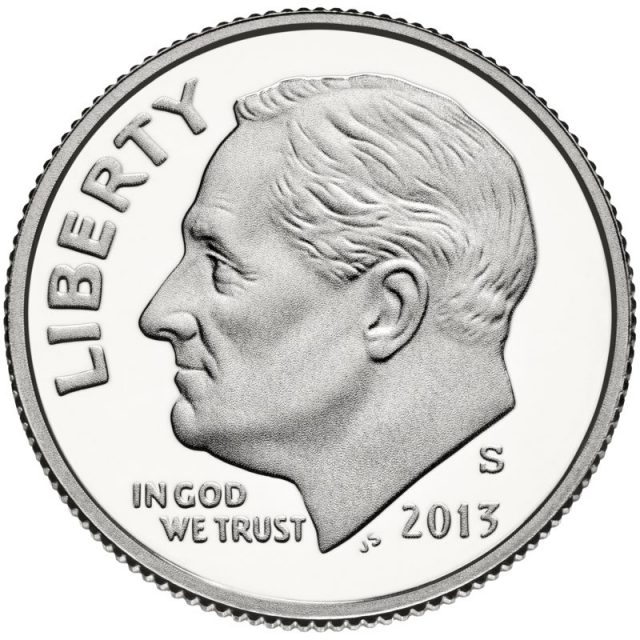 And spare them they did. With the fundraising effort getting support on the radio and from Hollywood, as well as a personal appeal from the president himself, money started pouring into the White House. People sent quarters, dollars, and, of course, dimes.

On January 30th, FDR’s birthday, he wrote a speech that was published in the President’s Birthday Magazine, saying that envelopes were coming into the White House by the truckload with money from adults as well as from children who wanted to help afflicted children get well. 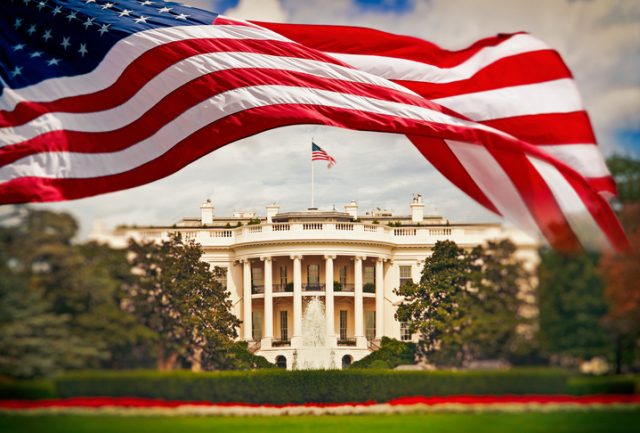 The White House in Washington, D.C.

The volume of the donations quickly grew too large for the White House to handle, which led to the formation of the foundation.

Donations continued to pour in, and that money was used in several ways. The foundation’s first task was to create an organization that could provide a rapid response to polio outbreaks anywhere in the country.

They also began funding virus research, and funded and administered the research being done by Jonas Salk and Albert Sabin in their quest for a vaccine.

Salk finally created a viable vaccine which was field tested in 1954 and licensed for use the following year; it essentially eradicated the virus in just a few years.

Read another story from us: When People Thought Blood Transfusions Would Give Them Animal Powers

That vaccine caused incidences of polio to drop from tens of thousands of cases annually to just a handful, and it was all made possible by the hard work of many volunteers and FDR’s March of Dimes.