Johnny Ringo was an outlaw. As outlaws go, his image was fairly romantic. It was said he was a gentleman and could quote Shakespeare. Some legends say he was full of enough honor and courage to be a British Lord, although none of that was true. He never had a formal education, although he may have been better-read than most of his contemporaries, but he did cultivate his image as a gentleman.

He was born John Peters Ringo in 1850, in Indiana, the eldest of five children. By 1857 the family left Indiana, relocating to Gallatin, Missouri, and seven years later decided to relocate again, this time to San Jose, California. 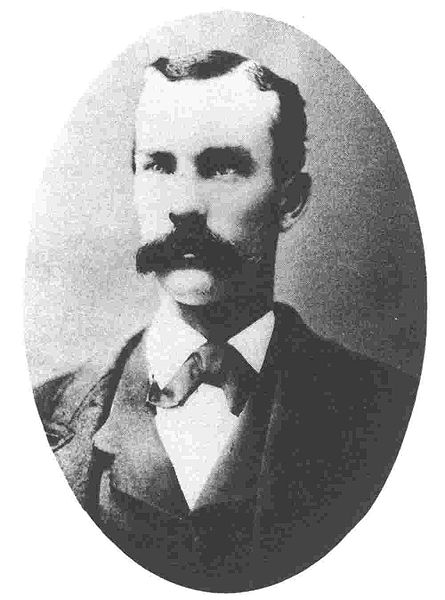 During the wagon journey to their destination, Johnny’s father, Martin, died when his shotgun went off accidentally while he was holding it, shooting himself in the head.

The family continued to San Jose, and whether or not it was related to his father’s unfortunate end, teenage Johnny became both a delinquent and a burgeoning drunk, setting the stage for both his life and his somewhat mysterious demise. 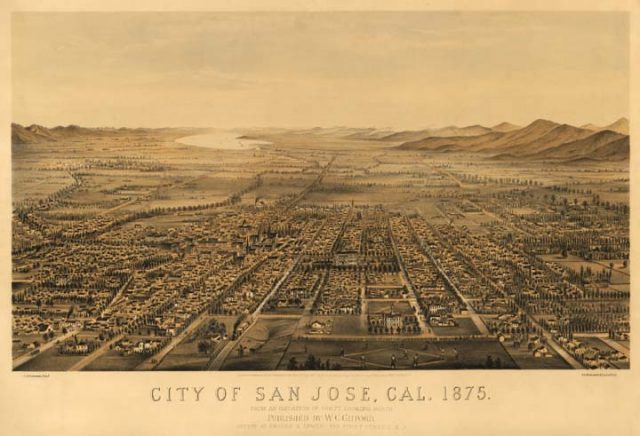 San Jose in 1875, when the Santa Clara Valley was one of the most productive agricultural areas in the world.

Legends of America says that Johnny left the family home in California for Texas in 1869. It was there that he really began to gain a reputation as an outlaw and gunfighter, participating in the Mason County War. He spent a couple of years in jail for his actions during that time, although the charges were eventually dismissed.

He worked a short spell as a lawman in Loyal, Texas but moved on pretty quickly to Arizona, where he hooked up with the Clanton gang around Tombstone. He wasn’t part of the fight at the OK Corral, even though he was affiliated with the Clantons and was a known antagonist of Wyatt Earp’s. 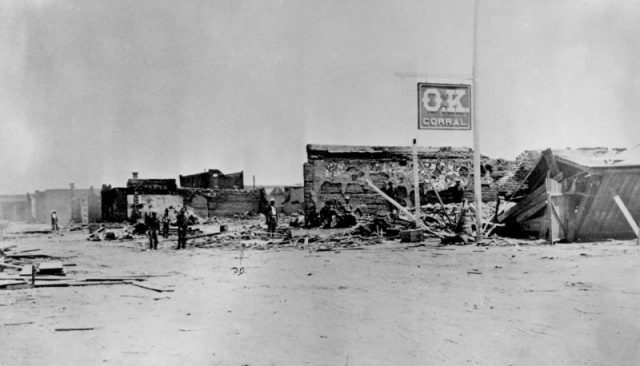 In 1879 he shot a man in a Safford Saloon for refusing to have a drink with him, and was arrested. He made his bond, was released, and skipped town. He spent the next two years perpetrating various crimes and eventually found himself in Tombstone, Arizona.

During his time in Tombstone, he repeatedly fell afoul of Doc Holliday and Wyatt Earp, once being barely restrained from getting into a gunfight with Holliday.

He continued to have troubles with the law, this time accused of a stage robbery, but no witnesses showed up to the trial and he walked away a free man. Two months later, he was found dead near Turkey Creek, not far from Tombstone. 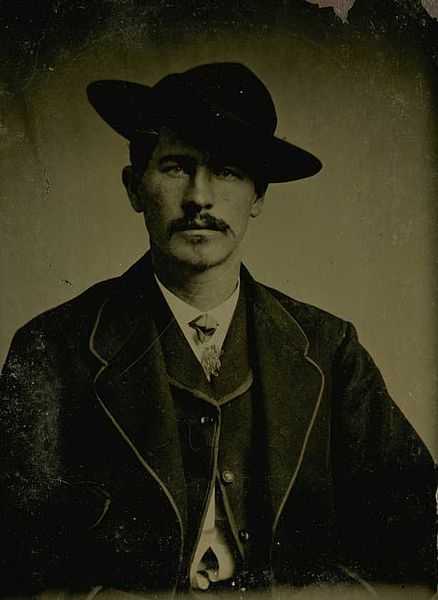 On July 14, 1882, Johnny Ringo’s body was found by a man named John Yoast, according to Ringo’s website. Ringo was found leaning against a tree, holding his gun in his right hand, with a gunshot wound to his temple.

The coroner’s report ruled he had taken his own life, but there are plenty of people who questioned that ruling, given some odd details about how he was found. One odd thing was that he wasn’t wearing his boots — his feet were wrapped with strips of a torn undershirt and it looked like he had been traveling that way for some distance.

He had a cut on his scalp and some of his hair appeared to have been scraped away, and one of the cartridge belts he was wearing was upside down. Finally, his horse wasn’t at the scene and was found, still saddled, a couple of weeks later.

The points of controversy around the question of his bizarre end revolved around three items: his hat, the fact there were only five cartridges in his gun, and powder burns.

Some people are of the opinion that because he was said to be wearing a hat, he couldn’t have taken his own life. The theory is that if he had, in fact, shot himself, his hat would have fallen off his head.

The fact he was wearing it suggests that there was someone present who could have put it back on his head. However, the coroner’s report never mentioned whether there was a bullet hole in his hat or not, nor was it clear about whether the hat was on his head when he was found, or if it was lying next to him. 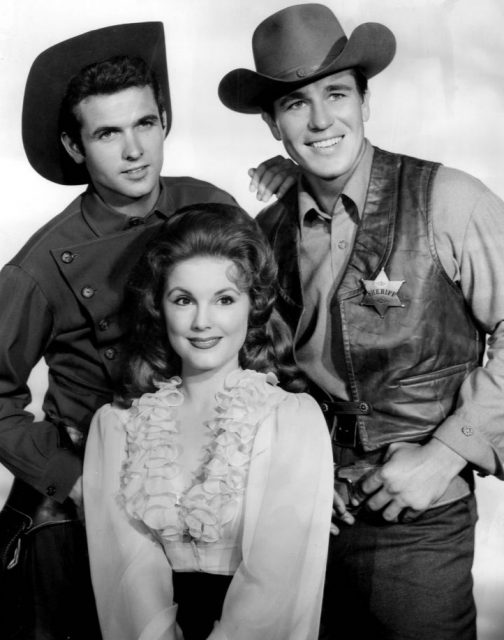 It seems safe to assume to that if the man who found the body noticed the upside-down cartridge belt, he would have noticed if a hat on his head had a bullet hole or not, and Yoast never reported such.

The second issue is that fact that his revolver had five bullets in it when it was found. It was common during that time for men to leave one empty chamber in their pistols as a hedge against accidentally firing, and some say that the fact there were still five in Johnny’s gun suggests he didn’t fire his own weapon.

Given that his father died during an accidental weapon firing, there’s a certain amount of plausibility to this theory. That doesn’t necessarily mean that Johnny didn’t fire his gun. The only way that could be certain is if all six chambers were full. 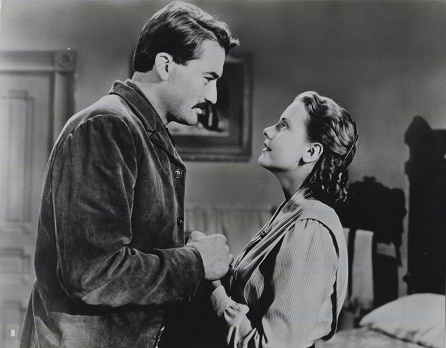 Finally, there was the issue of powder burns. Some have noted that the coroner’s report never mentioned if there were powder burns on Johnny’s head or neck, which there would have been if his wound was self-inflicted.

Related Video: Hilarious Cowboy slang we should all be using:

Years after the incident occurred, one of the men who found the body with Yoast said he hadn’t seen any burns, but another said that when the body was found, it had been there a while, noting that “the body had turned black.”

The latter remark was made many years after the event and could have been an embellishment, but if it was true, it would have been nearly impossible to tell if there were powder burns present or not.

At the time of Johnny’s demise, opinions seemed to be divided pretty equally on how it had happened, and there were even suggestions of who the likely culprit could be. At one point, it was rumored that a man named Frank Leslie was involved, since he had been asking around after Johnny. Leslie even took credit for it while he was serving time for a different crime, but he may well have just been trying for a bit of notoriety. Wyatt Earp also supposedly took the credit, but there were inconsistencies of timing in the story he told.

Read another story from us: The Wild Outback – The Rampage of Australia’s Most Brutal Outlaw Gang

Was he killed or did he take his own life as the coroner ruled? The scene certainly could suggest the latter, and it was known that Johnny had been both depressed and drinking heavily for days before he left Tombstone for the last time. The theories that argue for the former are all at least a little tenuous but are quite possible.

Ultimately, he was buried in the place his body was found, putting a final end to the gentleman outlaw.