On September 27, 1923, a devastating wildfire hit the hills around Berkeley, California, and eventually spread across the entire town. Depending on the source, there were between 543 and 640 structures burnt to the ground ― a catastrophe which left more than 4,000 people homeless.

While California has always been prone to wildfires, rarely have any of them caused so much material damage in an urban area. 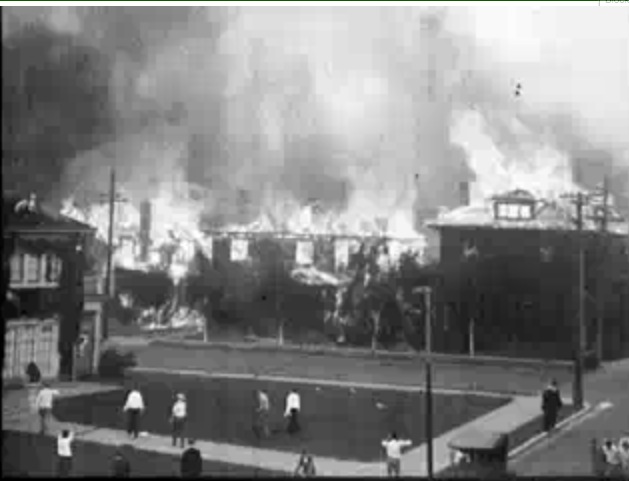 Frame from a newsreel of the September 17, 1923 fire in Berkeley, California, which wiped out 650 homes before the wind turned and saved both the town and the university. The newsreel is from the Prelinger Archives collection at the Internet Archive. Photo by dsearls CC BY-SA 2.0

Many of the factors are mentioned in reports dating from the time, that tried to explain how the fire spread and managed to consume so much of the town, were false. Truth be told, in the 1920s Berkeley hardly had any proper counter-measures for a conflagration of such size.

One allegation was that shingle roofs were responsible for the spreading of the fire, although this theory was later debunked. The claim was made based on a statistical report which noted that 90 percent of the structures that burned to the ground had a shingle roof. The video footage below shows the disaster unfolding.

However, given the fact that most of the roofs in Berkeley at the time were made of shingles, the implications made by the report proved worthless, as it was just a matter of the predominant material and not its proneness to fire.

This theory sparked a short but effective campaign which soon all but ended the use of shingles as a building material, wrongly emphasizing its role in the Berkeley Fire.

The real reasons behind the devastating effect had more to do with the lack of humidity on that day, as well as the wind speed which exceeded 40 miles per hour. 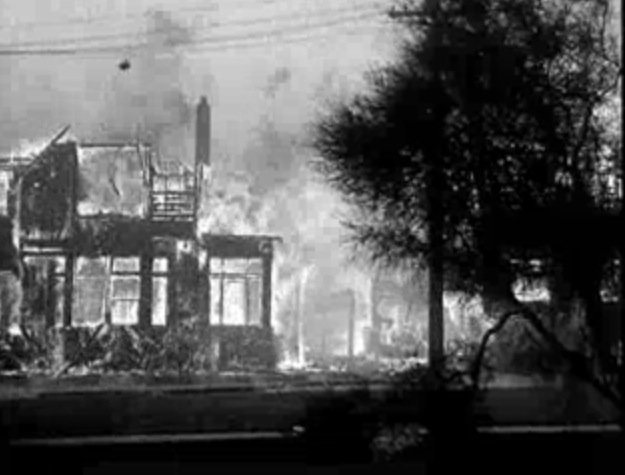 A frame from this newsreel of the October 17, 1923 fire in Berkeley, California, which wiped out 650 homes before the wind turned and saved both the town and the university. The newsreel is from the Perlinger Archives in the Internet Archive. Photo by Doc Searls CC BY SA 2.0

In addition to this, the human factor was key ― the water distribution system simply had no capacities for handling such situations. All of the water pipes in the area affected by the fire were only two inches in diameter, making them useless against the raging fire which quickly consumed the closely stacked houses.

The city fire department proved to be completely underprepared, and while the evacuation was a success, the material damage exceeded everyone’s expectations. They were only able to extinguish the fire when a late afternoon sea breeze stopped its progress.

University professors and students who were among the most affected had to leave all their belongings, including thousands of books which were sacrificed in the inferno.

Read another story from us: A Radical Author’s Eerie Premonition of Book Burning a Century Before it Happened

Afterward, much of Berkeley was rebuilt to prevent such tragic events ever to take place again. In 1948, a fire station was erected in the hills, to make sure they don’t make the same mistake twice.