During WWII, cities and communities in England, Germany and around the world feared death from above in the shape of bombing raids. From London and Coventry to Berlin and Dresden, the devastation was caused on an industrial scale.

But one city in south Germany managed to avoid Allied planes. It did this through a combination of geography and sheer good luck. Konstanz is over a thousand years old and located on Bodensee, or Lake Constance. The university city is also called “Constance” in English. It has been inhabited since the late Stone Age — the name is believed to come from Constantia, coined during the Roman Empire. 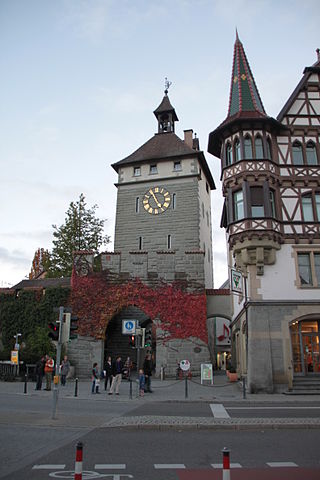 Konstanz. Photo by Jordie CC BY 3.0

In 1988 the New York Times wrote, “From 1414 to 1418 it was the scene of the Council of Constance, called to end the Great Schism in the Roman Catholic Church. It was during this conclave that Jan Hus, the Bohemian theologian who was the forerunner of Martin Luther and the Reformation, was tried for heresy and burned at the stake.”

Despite this judgment, the city was also the birthplace of innovation. For example, Count Ferdinand von Zeppelin came from Konstanz before going on to launch his famous airships. 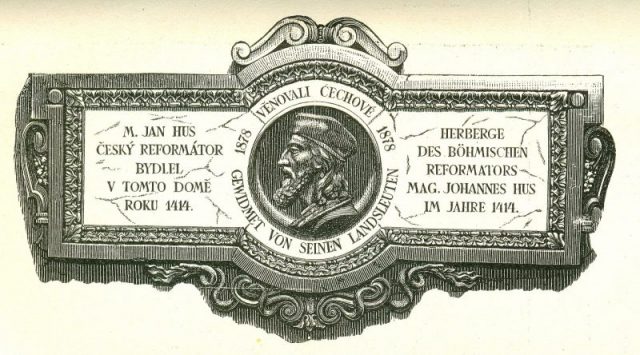 The plaque on the house where Jan Hus stayed in 1414.

The city’s strongest tie, however, is to neighboring Switzerland — a link that proved vital to the security of Konstanz during the war. It was actually the first world war which set this association in motion.

A 2017 article from Slate.com said, “The border between the twinned cities of Konstanz in Germany and Kreuzlingen in Switzerland was established during the outbreak of war, but aside from the war years, the border has historically been a formality rather than a real barrier for citizens of Germany and Switzerland.” 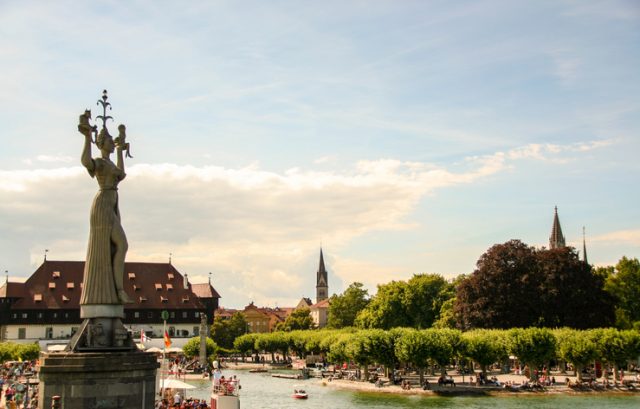 The town of Konstanz on Lake Constance: Imperia statue and port. Bodensee, Germany, 08/04/2016.

Or, as Constance Magazine puts it, “the border with Switzerland goes right through the middle of the town.”

So when the Allies flew over Germany at night looking for targets Konstanz left their lights on rather than snuff them out. Why? Because from above they looked like part of Switzerland, a neutral territory. Thankfully the population were spared from bombs, though the enemy would have kicked themselves if they knew what they were oblivious to. 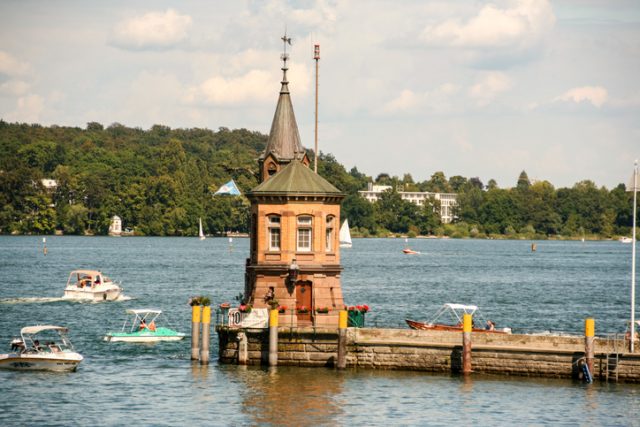 “There was production for the German military inside the town,” the magazine writes. “The company Funkstrahl produced parts for the radar in submarines, the Schwarzwald Flugzeugbau GmbH was developing a flying torpedo and the company Dornier transfered a part of its production from the heavily bombarded Friedrichshafen to Constance.”

A key target was overlooked, though the upshot was the preservation of the city’s historic architecture. Parts of Konstanz have remained unchanged through the centuries. 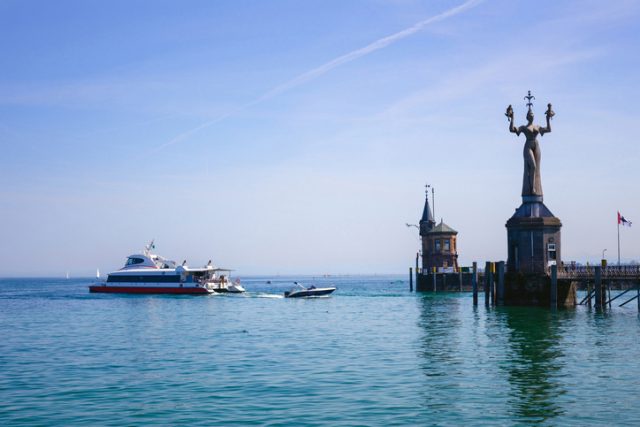 View of the harbor entrance of Konstanz, Baden-Württemberg, Germany.

In Slate.com’s judgment the “quaint and cobblestoned Konstanz is exactly the Europe of tourists’ imagination. If you stick to the narrow pedestrian streets that wind outward from the square surrounding Konstanz’s cathedral, which was built in phases beginning in the 7th century (and unlike its counterparts in Munich and Dresden, was spared Allied bombs in World War II), you can stay in that Europe.”

Check out 15 fascinating facts about the second world war here:

Constance Magazine mentions a warehouse built in the late 14th century called the “Konzil” (or “council wished”), which is “an impressive witness of the medieval wealth of the then important international trade center.” 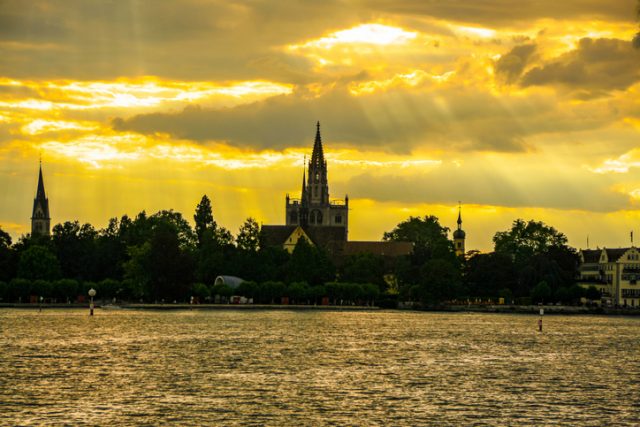 Scenic sunset and view of the old town of Konstanz on Lake Constance, with the cathedral in the center of the image. Bodensee, Germany.

The NYT refers to the nearby Insel Hotel, an island-based and “secularized 13th century Dominican abbey that was converted into a hotel in 1875 and has listed emperors and presidents among its guests.”

What is the legacy of this extraordinary feat of wartime deception? The answer lies in commerce not conflict. 21st century relations between Germany and Switzerland and their meeting points of Konstanz and Kreuzlingen involve the art of shopping rather than the art of war. 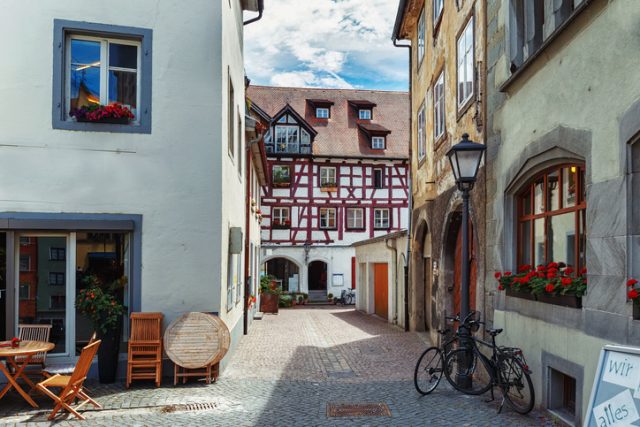 Old streets of the European city of Konstanz, Germany.

Slate.com observed that “Switzerland boasts the continent’s highest average consumer prices, and the effects of a near-parity exchange rate mean that Germany generally has cheaper prices for groceries, toiletries, and household goods.”

Hence the city is descended on by bargain hunters at the weekend. The site wrote, “You don’t shop on Saturday if you live in Konstanz.” While this may be awkward for Konstanz’s residents, it’s a small price to pay for that valuable and life-saving connection.