The German word Mordhau translates roughly as “murder stroke” or “murder strike”. It represents a particular move in German medieval swordsmanship where the fighter holds the blade of his sword with both hands and essentially uses the weapon more like a mace or war hammer to hit his opponent.

Besides thinking that this sounds very painful, one could reasonably wonder why this should be of interest to modern folk, who don’t generally go around getting into sword fights. The answer to that is that there are plenty of modern folks who do.

Letting your inner knight out to play has actually become a recognized sport, and people are taking to the sword again. Some people have been turning to medieval martial arts as an alternative form of fitness or are drawn to the sport because of its historical connections. There are even two different international groups that revolve around the medieval military traditions, each with their own, slightly different, take on the sport. 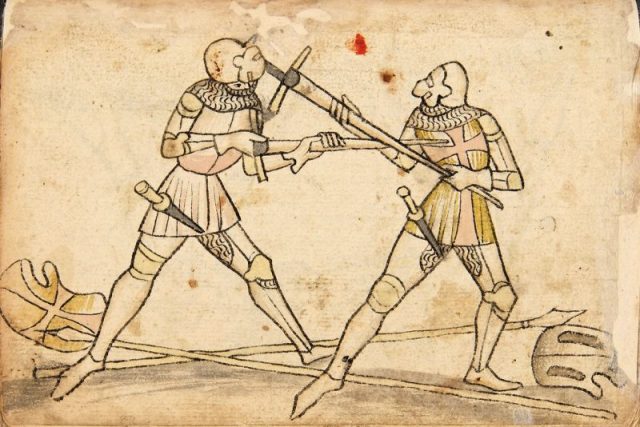 One of those groups calls itself Historical Medieval Battles. According to gizmodo.com, HMB was founded in 2009, and it has an annual international event called the Battle of Nations, held in a different European country every year.

The Battlefield attracts teams from more than 30 countries with each team having a minimum of eight members and a maximum of 50. The event draws about 25,000 people every year, who don real armor and use real weaponry. 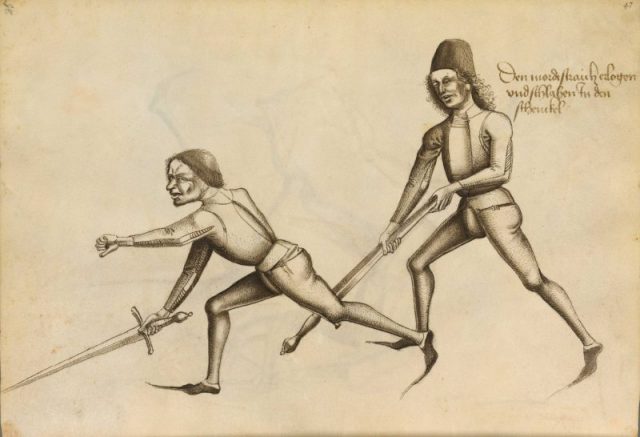 Events can include everything from one-on-one duels with a variety of weapons to mass battles on a truly epic scale. The group has its own international association, and the HMBIA has strict regulations about weapons standards, dress, protocol, and a host of other issues. 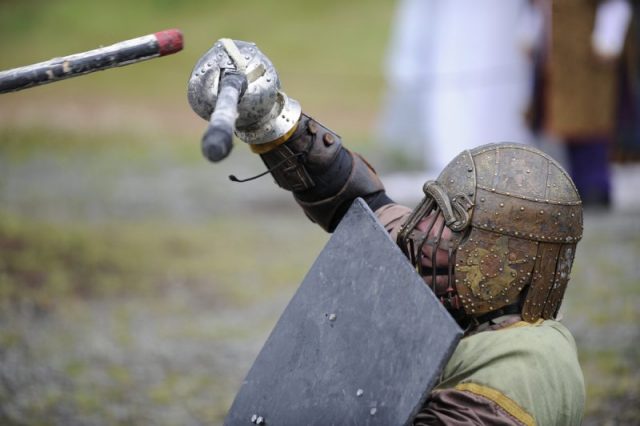 The second large organization who’s drawn to all things medieval military is HEMA, or Historical European Martial Arts. The organization’s website notes that, unlike the Eastern sword fighting traditions which survived by being passed from master to master through generations, there wasn’t the same sort of continuity in the west.

Many of the European sword military traditions either died out or devolved into sports like fencing, boxing, or wrestling. HEMA is working to resurrect those traditions by way of researching manuals written by medieval masters, sometimes encoded as poetry, and using those works to teach modern generations those lost arts. 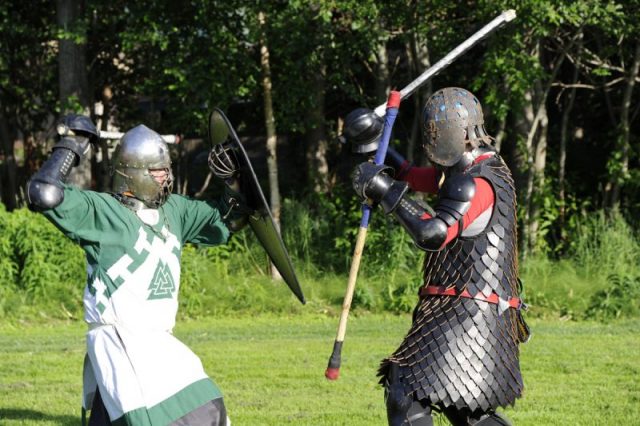 Both groups put an emphasis on authenticity in training and technique, stressing that the sport isn’t about just hitting each with swords. Their styles are a bit different, though. HEMA puts its focus on rigorous research of period combat manuals, translating appropriate source material. HMB is also about correctness of technique but is more focused on the extreme sports angle.

Both groups have a host of events on local, national, and international scales. Both use some very modern methods of getting the word out about their very old-fashioned activities, using Facebook, YouTube, and other social media platforms as a means of keeping members informed about events and the community.

Check out some surprising facts about Gladiators you probably didn’t know:

The UK Federation for Full-Contact Medieval Combat likens the difference between the two to the experiential difference between playing football (soccer) and rugby. HEMA is all flowing attacks and precision, HMB is more outright warlike. 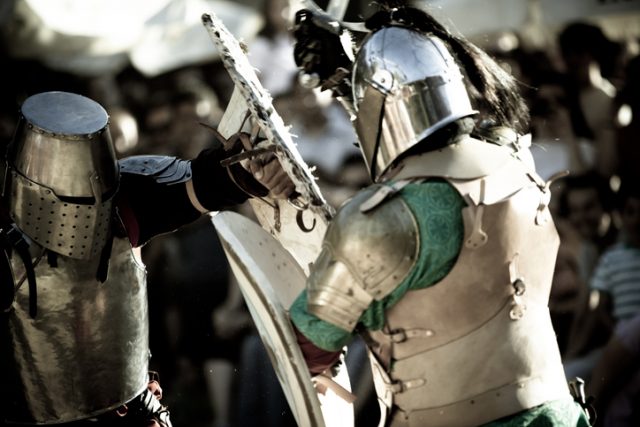 The interest in resurrecting medieval fighting techniques began in the 1960s, according to one history of the HEMA movement. In the mid-‘60s several well received texts were published on the subject, and the Society for Creative Anachronisms, a group devoted to recreating the Middle Ages as they “should have been”, was just starting to gain traction on college campuses and elsewhere.

Re-enactors and classical fencers had a lot to do with carrying the sport through the ‘70s, as did stage-combat people and fighters in the SCA. In the 1990s, the fledgling internet began to knit small, disparate groups together into larger communities, with the momentum really starting to grow through the first decade of the 21st century, spawning a variety of events and standardizing practices and regulations along the way.

Today, both groups are well-grounded and have sizable memberships. People can get into the sport through small, local sword fighting groups, and even some speciality gyms teach sword fighting skills, such as Mordhau Historical Combat in Arizona.

Both HEMA and HMB have resources on their sites to help connect those who are interested in taking part with the closest clubs and groups in their areas, making it possible for more people to “go medieval”.