Crazy Images and Facts about the Great Depression ‘Dust Bowl’

This, at a time when the nation was suffering from another disaster – the Great Depression. 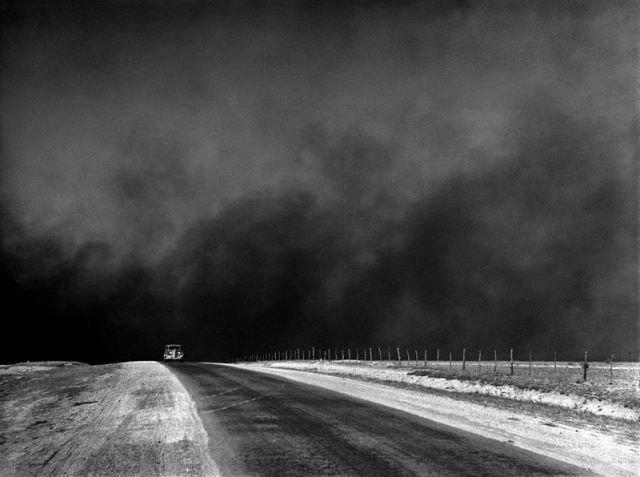 No wonder there was a revival of religious fervor in some areas affected: many people, especially in rural areas, believed God was inflicting punishment for the “modern” ways in which people were living in the cities of the 1920s and 1930s.

Here are ten facts about the Dust Bowl you may not be familiar with:

The Dust Bowl was not a strictly natural phenomenon 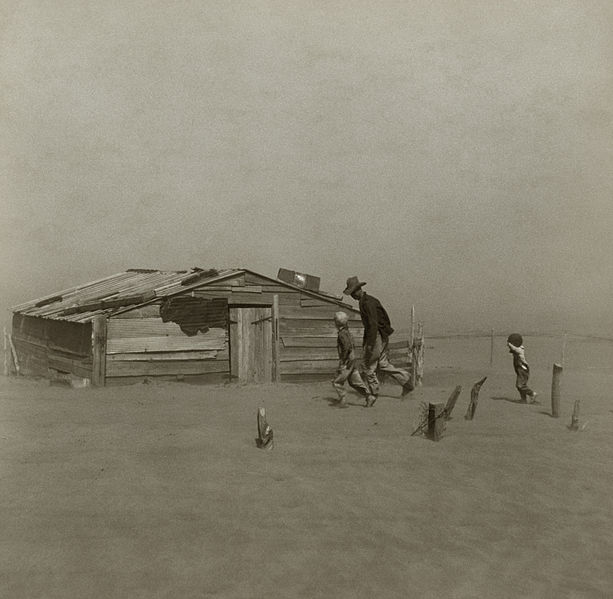 A farmer and his two sons during a dust storm in Cimarron County, Oklahoma, 1936

The boom times of the 1920s effected not just people in the city. Many farmers too “struck it rich,” or were bought out by large companies. Many of these farmers/companies were on a planting spree, but one thing they did not plant enough of was trees.

Trees help anchor the soil and break up the wind, which help prevent erosion (and later, dust storms). So many acres were planted in the Great Plains that much of the prairie grass that had helped hold the soil in place was torn up and crops, such as wheat, were planted. 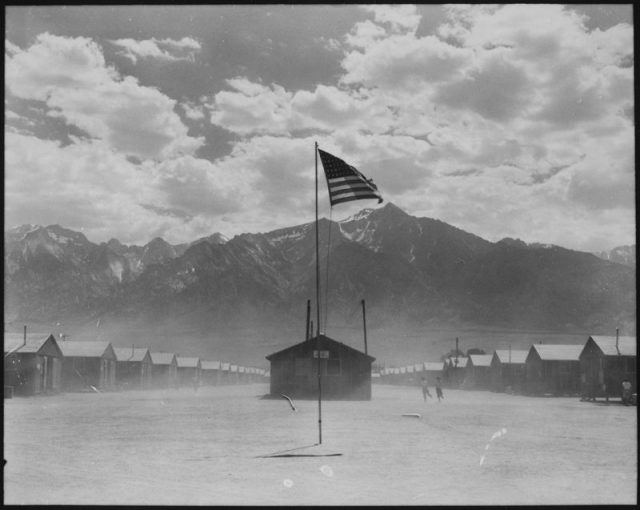 Wheat doesn’t have deep roots to hold the soil and is dependent on the weather – especially in a time before the large-scale irrigation of today. And of course, making matters worse, drought struck much of the country – months went by without rain in much of the early 1930s. The infamous dust storms, which could literally black-out the sun, were mostly limited to the Plains states of the US and Canada, but one in 1934 reached the East Coast

In May 1934, a dust storm two miles high traveled 2,000 miles east to envelop much of the NY/Washington DC megalopolis. For five long hours, people on shore in NYC could not see the Statue of Liberty. 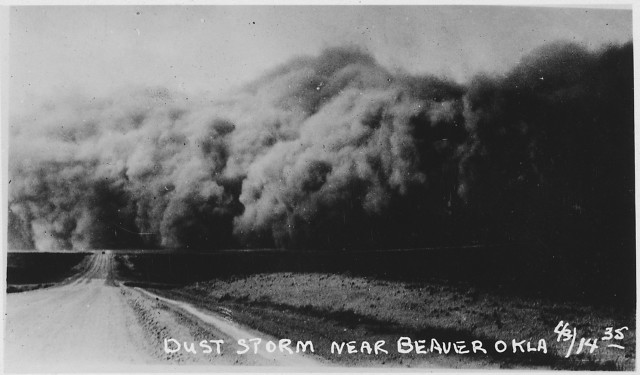 Lawmakers inside the Capitol were debating a soil conservation bill inside – the top of the dome could not be seen. For most East Coasters, the storm was an inconvenience. For those in the Midwest south to Oklahoma and Texas, they were much, much worse. 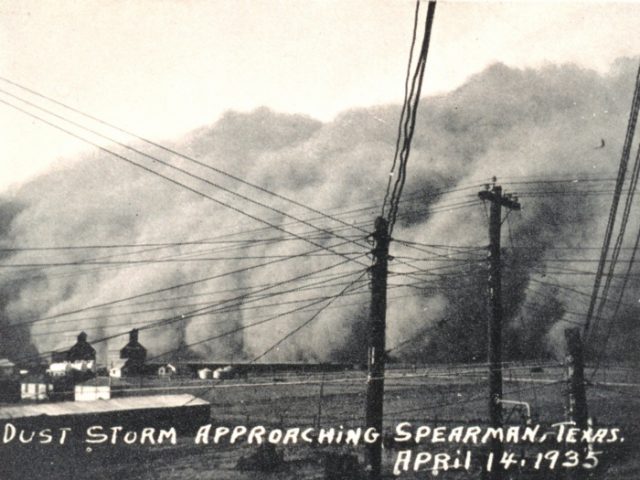 Electricity built up between the ground and the thick airborne dust. Sometimes, electric blue flames jumped along barbed-wire fences.

Static in the atmosphere shorted out car batteries and radios. People dragged chains behind their cars and trucks to help ground their vehicles.

People shaking hands were on record being knocked to the ground by the static traveling through each other – imagine a “carpet shock” that could floor you!

People died from the Dust 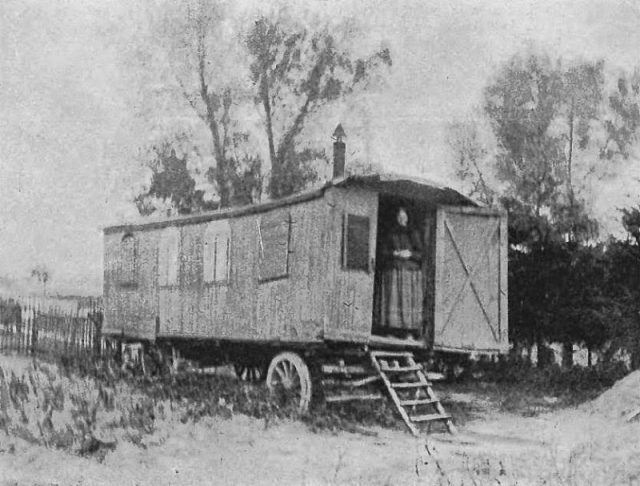 One didn’t have to be caught inside a storm to feel its effects: increased levels of dust, most of it silica from silt in dried up rivers, etc, caused “silicosis”, which is similar to the “black lung disease” associated with miners.

“Dust pneumonia” in which dust particles inflamed the lungs’ alveoli much like pneumonia, affected tens of thousands. Hundreds died, mostly infants, small children and the elderly. 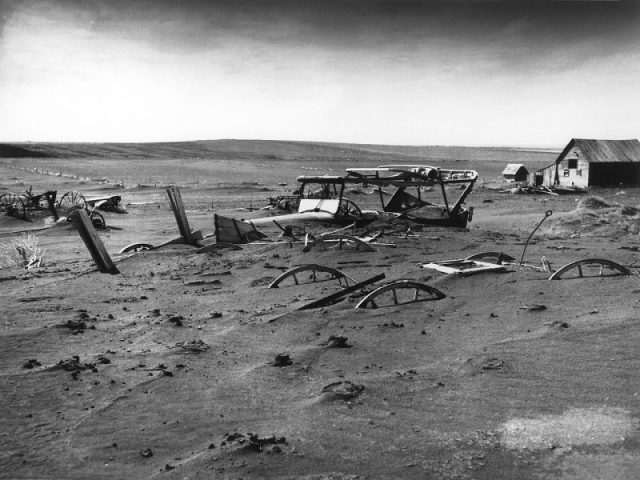 Buried machinery in a barn lot – Dallas, South Dakota, May 1936

As if things couldn’t get worse, the Plains states were hit by plagues of grasshoppers and jack-rabbits in the ’30s. In some waves of grasshoppers, there were an estimated 23,000 bugs per acre. They ate every plant in sight, making the Dust Bowl even worse. 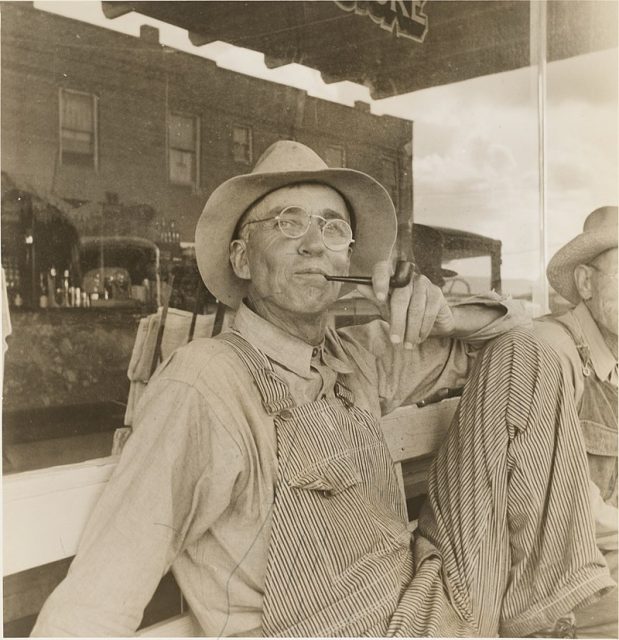 Rabbit plagues numbering in the hundreds of thousands spread throughout Dust Bowl states. Communities organized “rabbit drives” to kill the creatures. Those of you who have seen 1943’s Bugs Bunny short Super Rabbit might wonder why the main villain hates rabbits so much – he wasn’t alone: they weren’t soft fuzzy woodland creatures, they destroyed people’s lives. 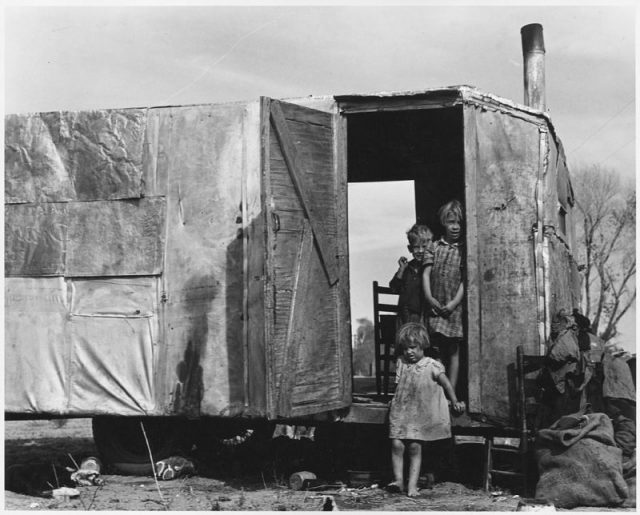 Some in remote areas resurrected old superstitions and killed thousands of snakes, leaving them belly up on fences (this likely caused an increased in rodents, which in turn, ate what crops were left).

Some people hired “rain-makers” — most were self-proclaimed “scientists” with no real knowledge whatever. A company in New Jersey, hoping to corner the market, suggested paving the Plains to end the dust storms.

Though the Dust Bowl caused massive populations shifts, most families remained in place 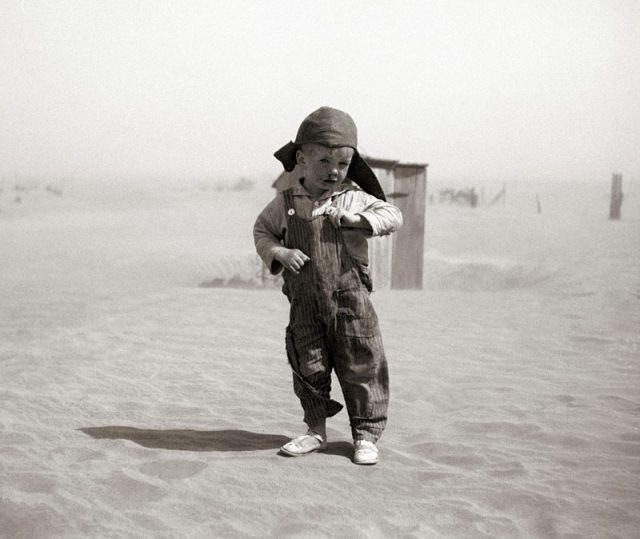 A farmer’s son in Cimarron County, Oklahoma during the Dust Bowl era.

Lasting images of the Dust Bowl come from the classic novel The Grapes of Wrath by John Steinbeck. In it, the Joad family join a caravan of thousands moving from Oklahoma to California, whose Central Valley was just becoming the fruit and vegetable capital of the world.

Though large-scale migration did take place, most people remained where they were, or returned after a short time away. And by the way, though many of the people on the road were called “Okies” (people from Oklahoma), most weren’t from the state.

The Federal government stepped in to help alleviate the economic impact 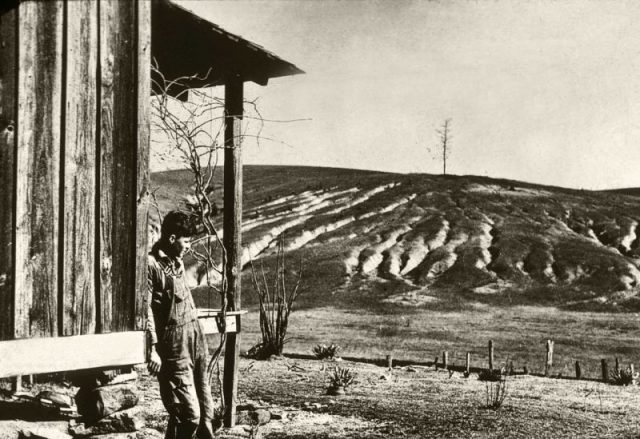 Part of Franklin Roosevelt’s economic plan (the “New Deal”) was to purchase much of the dying cattle from ranchers and dairy farmers, paying at least one dollar a head for animals that were worth nothing economically.

Though critics say not enough was done, in some cases, the government purchased healthy cattle for above-market prices to ease ranchers pain and feed some in the “Hooverville” slums popping up around the nation in the Depression.

The government also paid farmers to plow under their crops to artificially prop up prices and in some cases, bought large swathes of land (ten million acres in all), planting the prairie grass that was so necessary to prevent erosion and dust storms.