Iconic Hollywood star Marilyn Monroe was known for her stunning blonde locks and her amazing sense of style. But out of all the beautiful dresses the actress dawned during her life, the dress that truly stood out wasn’t a dress at all – it was a potato sack.

Taken in 1952, Marilyn was at the start of her acting career when she was photographed wearing the Idaho potato sack. Most people agree that the story behind the photo was a promotional stunt that cheekily announced to the world that Marilyn Monroe was so gorgeous, not even a potato sack could change her beauty (and they were right!) 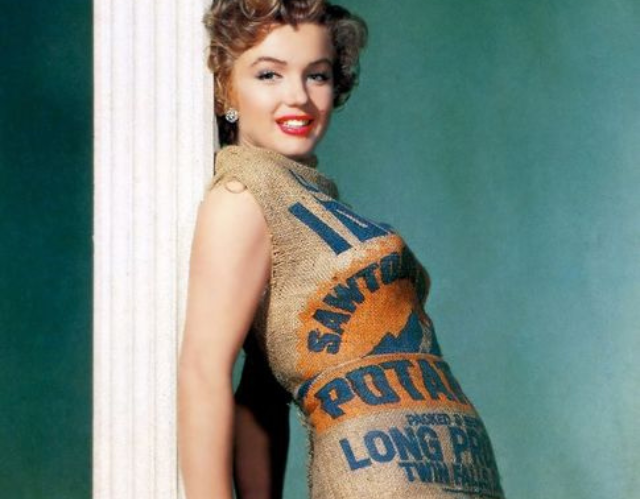 Rising star Marilyn Monroe poses for a portrait in a dress made out of an Idaho potato sack in 1951 in Los Angeles, California. (Photo Credit: Earl Theisen/Getty Images)

A different, lesser-known story proves the even better meaning behind the photos. 24-year-old Marilyn Monroe arrived at a party at the Beverly Hills Hotel in 1951 wearing a red dress. The following day, a report in the local paper declared that Monroe “would have looked far better in a potato sack than in what she wore to the party.” Marilyn and her PR team at Twentieth Century Fox set out to make the most of the negative comment by proving the reporter right.

Marilyn’s costume designer William Travilla, the man behind iconic designs like the pink gown and gloves from “Diamonds Are a Girl’s Best Friend” (from Gentleman Prefer Blondes) and the white halter dress featured in The Seven Year Itch, was also in on the potato sack photoshoot. Considering he knew Marilyn’s silhouette best, he tailored the sack to hug her curves perfectly. 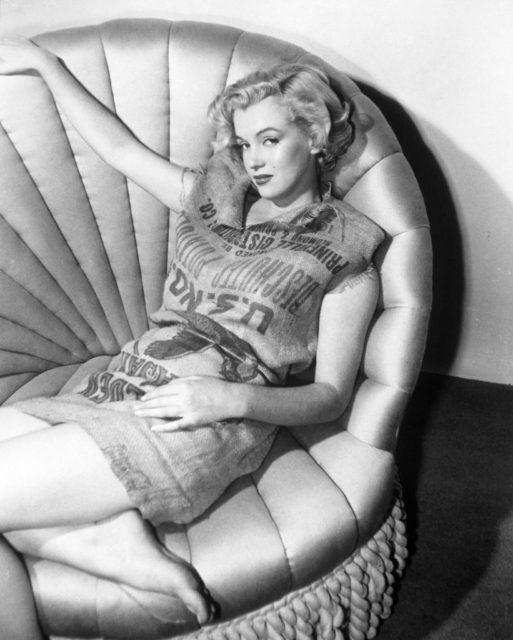 More from us: Ten Iconic Dresses That Changed Movie History

Photographed by Earl Theisen for Stare magazine in 1952, the iconic potato sack image was accompanied by a witty caption:

“MMMarilyn MMMonroe doesn’t care too much for potatoes because it tends to put on weight. But she decided to do something for the potatoes.”

Idaho potato farmers must have been touched by Marilyn’s tribute, which you can see today as part of the display at the Idaho Potato Museum.