When you hear the Kellogg name, we bet you think of your favorite childhood breakfast cereals – Corn Flakes, Rice Krispies, and those extra special sugary treats like Froot Loops and Frosted Flakes. Kellogg’s is also behind some of the biggest brands in the grocery store – including Cheez-Its, Pop-Tarts, Pringles, and more!

We have Kellogg’s eccentric founder Dr. John Harvey Kellogg to thank for the invention of cereal, but you might be even more thankful that some of his other medical inventions never took off. 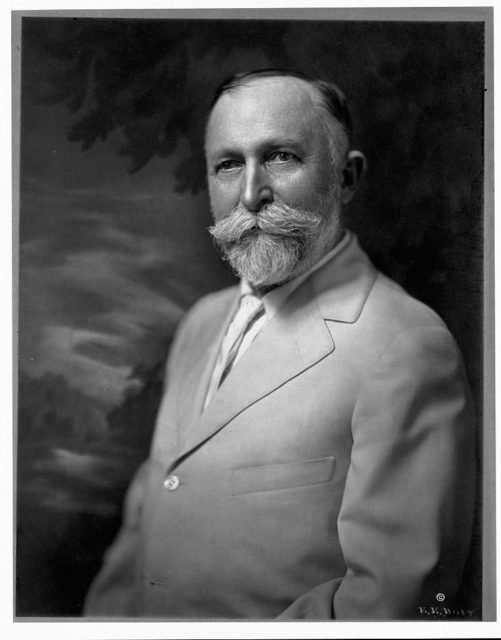 John Harvey Kellogg was born in Tyrone, Michigan on February 26, 1852. Raised in the Seventh-day Adventist Church, Kellogg’s upbringing was unconventional. Because their church believed in the second coming of Jesus Christ, Kellogg’s father saw no need to put his children in school. After attending a public school for just two years, 11-year-old Kellogg started working full-time at his father’s broom factory in Battle Creek, Michigan.

One year later, he began working as an apprentice in a print shop, setting type for popular health publications Health and The Health Reformer. Learning about health from his boss’ wife Ellen White, Kellogg started a vegetarian diet. Kellogg went on to attend a six-month medical training program and eventually went to medical school. After graduating in 1875, Kellogg became director of the Western Health Reform Institute which he renamed the Battle Creek Medical Surgical Sanitarium.

Gut health was important to Kellogg 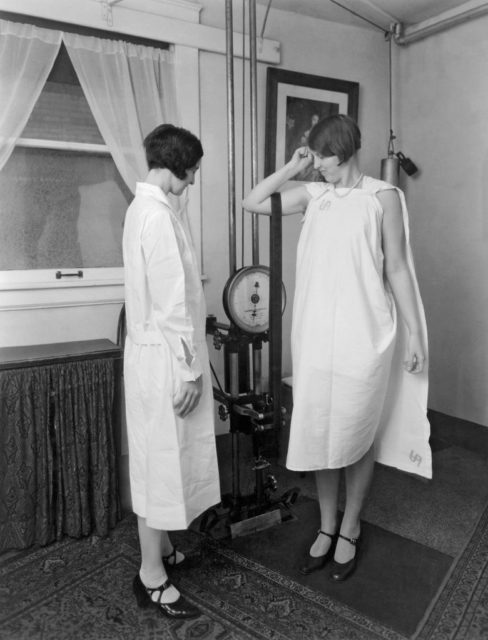 Kellogg was especially passionate about gut health, which put him ahead of his time! He believed that most diseases came from poor intestinal flora, and advocated for daily enemas (which he also administered to himself). After flushing the bowel with water, he would re-introduce good bacteria to the gut using yogurt (and no, the yogurt wasn’t introduced through eating it).

He also believed in vegetarian diets, breathing exercises, and physical exercise for patients at the Battle Creek Sanitarium – which sounds more like the trendy vegan yoga retreat by today’s standards. But how Kellogg truly left his mark was through his huge list of inventions and patents – many of which we still use today! 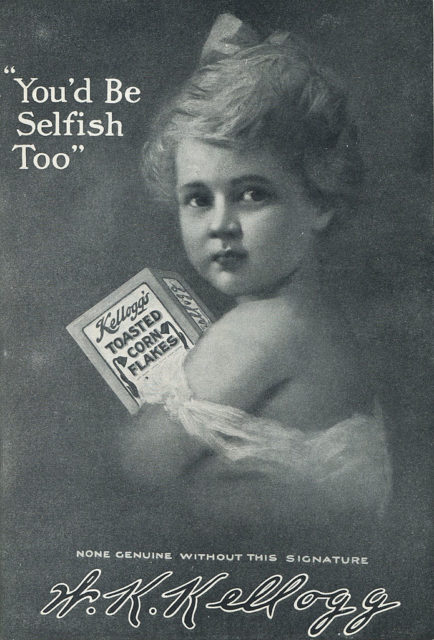 Dr. Kellogg is most famous for inventing cereal, specifically Corn Flakes. In 1877, while looking to create something easy to chew and digest, Kellogg made a dough from oats, wheat, and corn which was baked until it was dry enough to break apart into flakes. Over the years he perfected the recipe until 1898 when Corn Flakes as we know them now came to be. 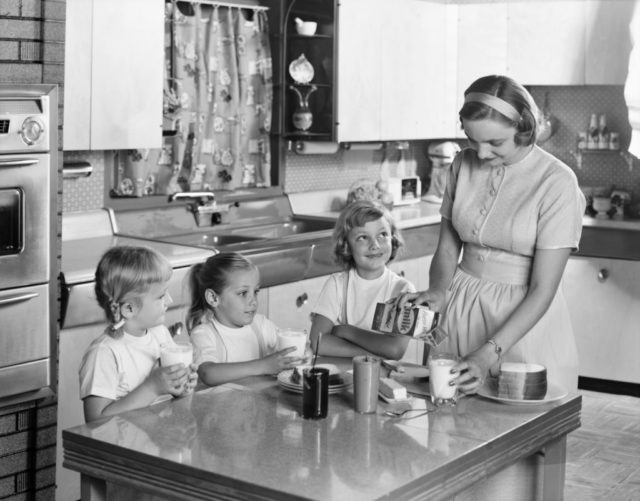 While Kellogg is most famous for his invention of breakfast cereal, he was also instrumental in the invention of peanut butter! As a vegetarian, the doctor believed that nuts were an amazing source of non-animal protein that could also be a solution to food shortages. While Kellogg wasn’t the first person to ever make peanut butter, he did file the first patent for the production of nut butter in 1895. He often served peanut butter instead of regular butter to his patients at the Battle Creek Sanitarium. 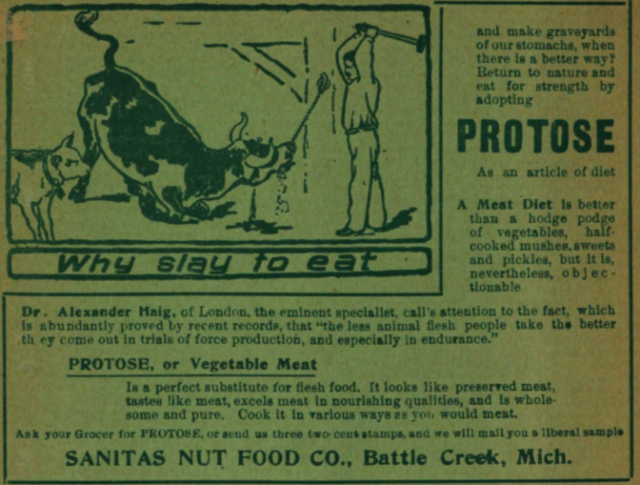 While Dr. Kellogg’s food inventions seem pretty harmless, his “medical” inventions are a whole other story. Kellogg holds four medical patents for machines that were produced and used on patients at the Battle Creek Sanitarium.

The vegetarian doctor may also have been the first to invent plant-based meat substitutes. It seems like today’s meatless protein alternatives like the Beyond Meat burger have come a long, long way since Kellogg first invented “Protose.” “Protose,” a combination of “protein” and “ose” (which means ‘lots of’), is fake meat that was usually made from cereals, wheat gluten, and peanut butter – probably not the best thing to add ketchup and mustard to. 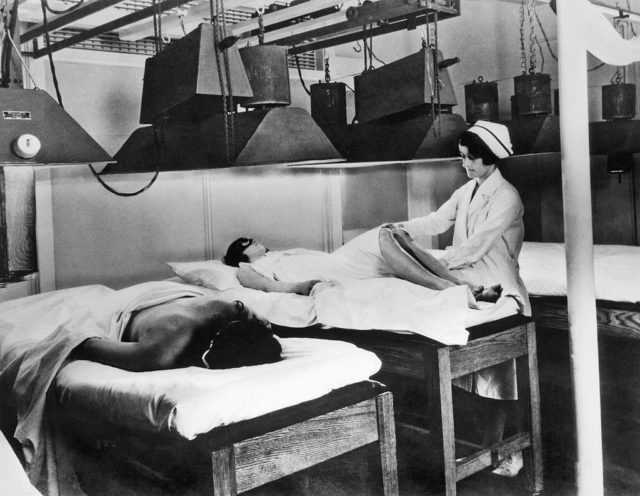 Patients at the Battle Creek Sanitarium were often given “sunbaths” or “radiant-heat baths,” a patented invention developed by Kellogg to treat everything from diabetes to insomnia. Kellogg believed that raising the body’s temperature above 105 degrees could irradicate bacteria and other diseases. While the “sunbaths” never took off, there are still phototherapeutic devices today that can treat seasonal depression and mood disorders.

Unfortunately, the baths don’t stop there. In fact, a 1907 ad for the Battle Creek Sanitarium boasted that 46 different bath treatments were available for patients. The strangest bath on offer was the “continuous water bath,” which could go on for hours, days, weeks, and even months. Patients would stay in the bath for as long as was needed to treat physical illnesses like skin diseases and mental illnesses like mania and depression. 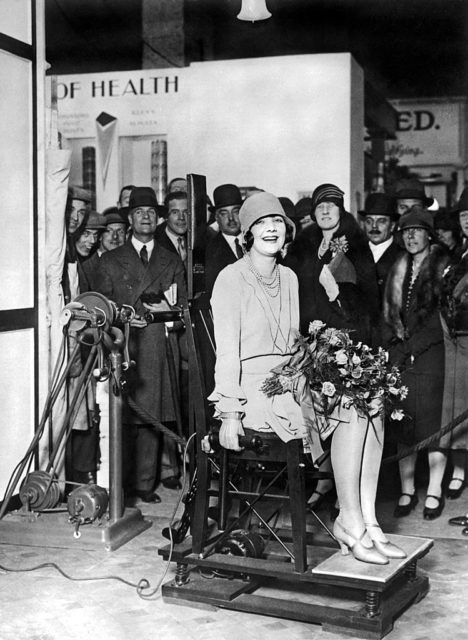 Kellogg’s obsession with digestive health also manifested in “vibrotherapy” chairs, which could shake up to 60 times per second. The goal of the shaking chair was for patients to disturb the body enough to ease headaches and improve bowel movements.

The chair was one of Kellogg’s more successful inventions, one even found its way onto the First Class Gymnasium aboard the Titanic. 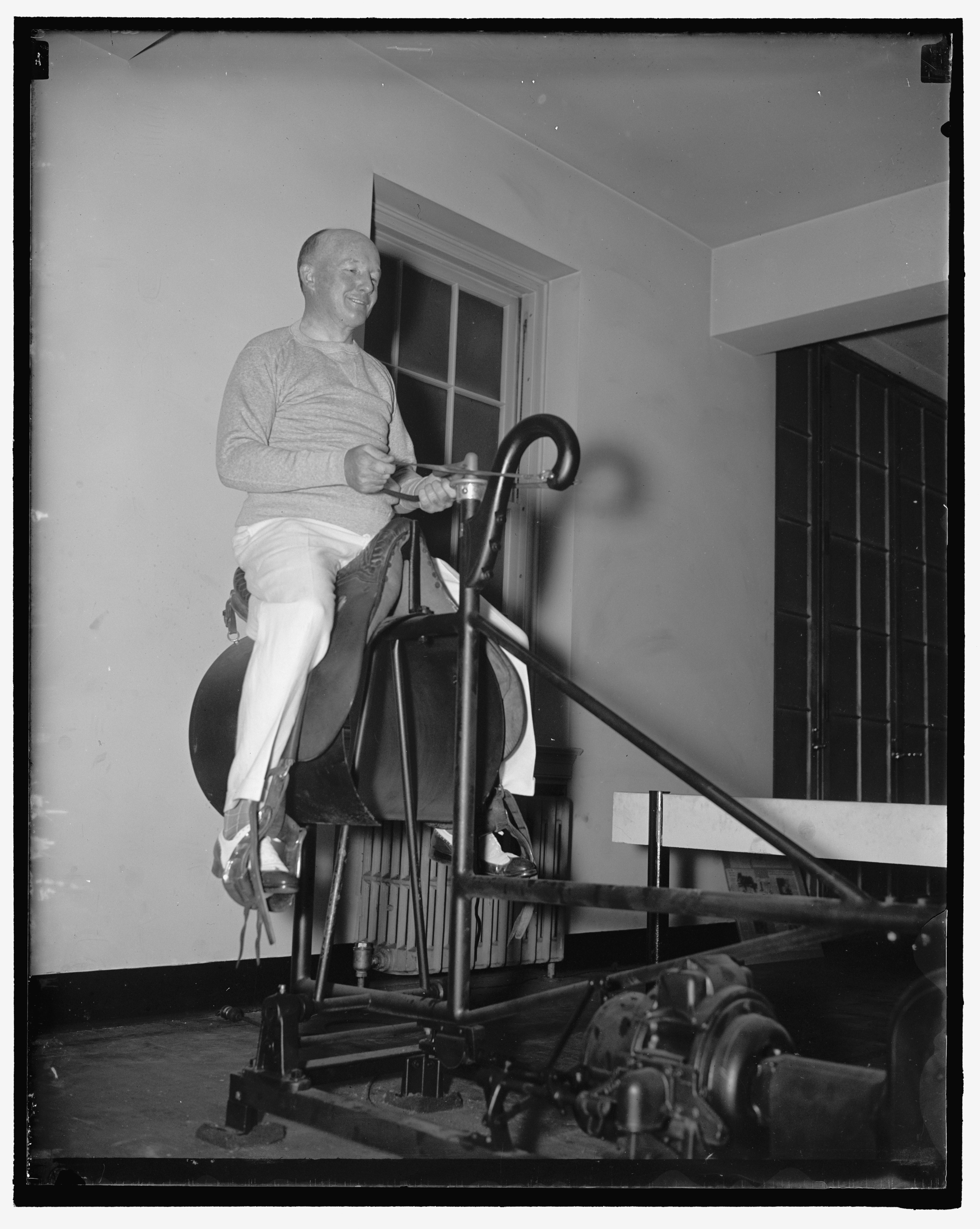 Other electrotherapy inventions included an electric horse that could be used for a good ab workout. Kellogg believed that horseback riding was another exercise that could vastly improve physical health, but there were many barriers that prevented the everyday person from getting their daily quota on an actual horse. One of the electric horse machines was even used in the White House by President Calvin Coolidge. Kellogg also developed a bed that used sinusoidal waves to stimulate currents in the body that could produce the same effect as a four-mile walk.

Today, John Harvey Kellogg’s name and – of course – his Corn Flakes are all that remain of the eccentric doctor’s legacy. Fortunately, none of Kellogg’s inventive apparatuses caught on in any lasting way.