Was Marilyn Monroe the Original Model for Tinker Bell? She Wishes!

The small and perfectly-formed Tinker Bell remains one of Disney’s most enduring characters. It makes sense that screen siren Marilyn Monroe was the original model for the legendary fairy. Right?

Wrong. In fact, someone else provided visual inspiration for Uncle Walt’s animators. Keep reading to find out who it was. Your wish is our command…

Actress Margaret Kerry stepped into those tiny shoes back in the early 1950s. The studio wanted someone to bring Tinker Bell to life for an adaptation of J.M. Barrie’s classic Peter Pan from 1911. Kerry became the lucky star – she wouldn’t strictly be seen, yet her performance sprinkled fairy dust on an enraptured audience.

For Kerry, she felt a strong connection to the role. “It’s sort of like having an alter ego,” she commented to the Glendale News-Press in 2016. No wonder – a day’s work involved handling outsized household objects, just as the fairy herself would have done.

She was in her early 20s when selected to work with animator Marc Davis. The whole process reportedly took six months, as Kerry acted out what would eventually be drawn by the team. She also performed as a mermaid for the sequence in Neverland’s lagoon. 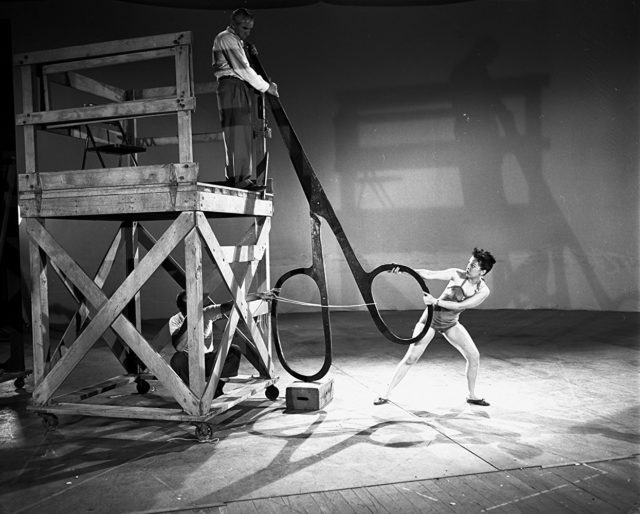 How did the House of Mouse grant her the job?

According to Snopes, Kerry auditioned by playing a sequence where Tinker Bell stands on a hand mirror and checks out her hips.

While there is a risque element to Tinker Bell, the young actress captured other sought-after qualities. Referencing Treasures of Disney Animation Art (1982, by Canemaker and Abrams), Snopes writes that initial ideas about a big-screen Tinker Bell were “rejected for not being ‘sweet and dainty’ enough, and for looking too much like ‘a little nite club dame.'”

Kerry was noted at the time for having Tinseltown’s most perfect legs, so sexuality was always going to come into play. That said, she reportedly isn’t fond of this accolade today!

She also recalls how she won the role almost by accident. In a Hollywood-style twist, she was supporting a pal who insisted she come along. When Kerry got the gig her friend ghosted her. 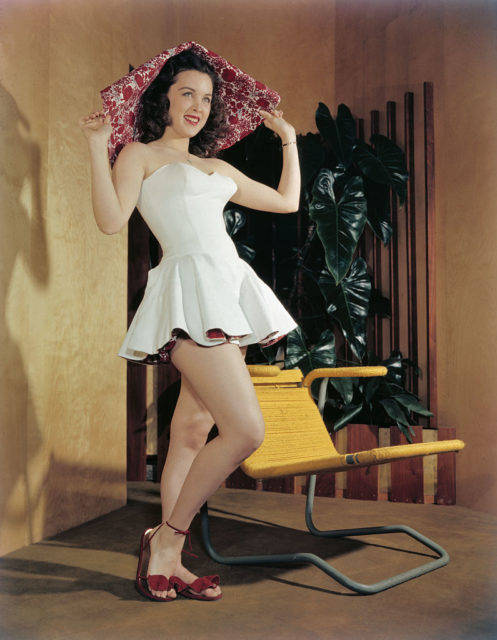 Pert and pretty Margaret Kerry, who played Eddie Cantor’s “only” daughter in RKO’s If You Knew Susie, and who soon will be seen as feminine lead in Eagle Lions, Canyon City, chooses her swimming apparel for “eye” appeal rather than for practical water comfort. The bright print peeking out from beneath the ballerina skirt matches the lining of her sun hat.

Why was Marilyn Monroe linked to Tinker Bell?

Snopes speculates that Tinker Bell’s combination of “mature allure and girlish innocence” made her a good comparison with Marilyn Monroe. Apparently, stories of Monroe being the basis for the character sprang up in the 1980s, long after Peter Pan was released.

Margaret Kerry expresses admiration for the screen siren. However, as she told the Glendale News-Press: “one of the reasons she couldn’t have done it was because she wasn’t a dancer.” Kerry, on the other hand, was light on her feet. As a youngster, she danced in the Our Gang series of shorts. 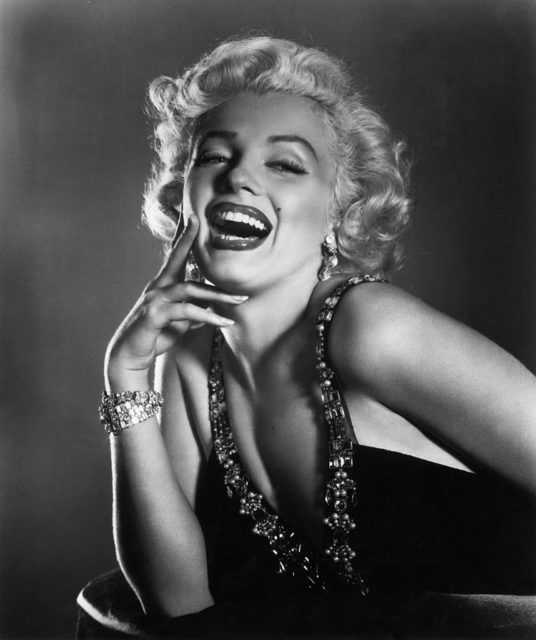 Following Peter Pan, Kerry did voice work for the Clutch Cargo animated series and appeared in The Andy Griffith Show. She has also become a radio host and seminar leader. Her acting work has mostly been on TV – after visiting Neverland, Kerry’s sole feature film credit was Public Access (1993).

In 2016 the autobiography Tinker Bell Talks was released. Famously, the Disney character didn’t talk, to begin with at least. 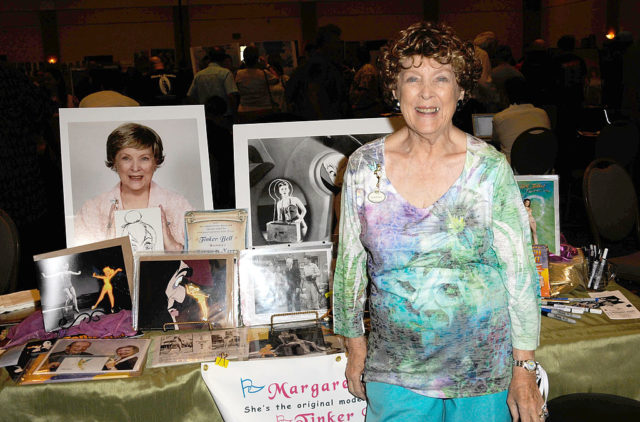 Before the Disney movie, Tinker Bell had been depicted using bell sounds and a spotlight. The bell was actually her voice, as per the author’s original intention.

The first film appearance was in a 1924 production, where Virginia Browne Faire played the role. As well as Margaret Kerry, Ginni Mack and Kathryn Beaumont worked with Marc Davis on visuals for the character. Beaumont also provided inspiration for Alice in Wonderland (1951). Julia Roberts took the role in Steven Spielberg’s Hook (1991).

Tinker Bell has reappeared throughout the modern Disney era. 2022 sees the release of Peter Pan and Wendy for Disney +. Yara Shahidi is Tinker Bell and Jude Law plays Captain Hook. 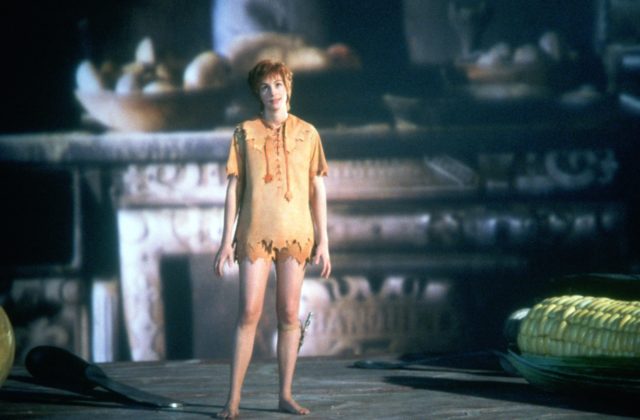 And a bonus tale that’ll give you wings

Kerry married twice and had three children. She was a widow from 1999. Then in 2020, she tied the knot with old boyfriend Robert Boeke. And when we say old boyfriend, we are really going back. They reportedly dated in the 1950s. 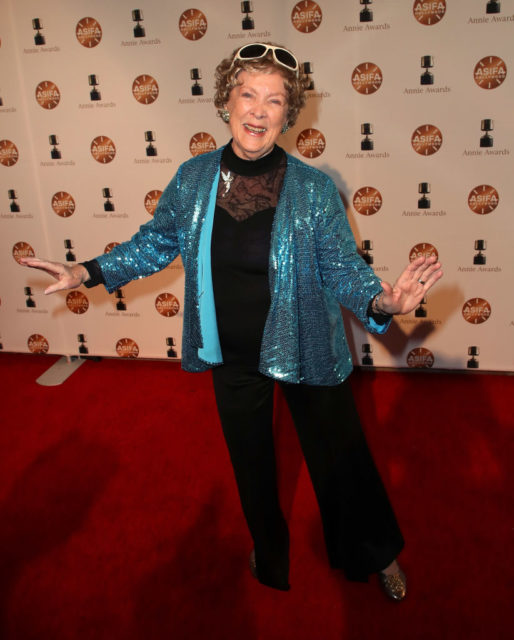 More from us: From Riches to Rags: The Tragic Life of Peter Pan’s Bobby Driscoll

Flash forward many decades, and war veteran Boeke was in Amsterdam reliving memories of the conflict. The trip turned into an unexpected rekindling of love when he spotted Tinker Bell in a toy shop and mentioned his personal connection. Boeke made the decision to contact her again and they wed on Valentine’s Day. Both are in their 90s, though there’s an age gap of three years.