Police are searching for the missing head of an 800-year-old Crusader entombed in a Dublin church. Vandals reportedly broke into the church, decapitated the Crusader’s mummified remains, and also disturbed the body of a 400-year-old nun, turning her head the wrong way.

A large amount of damage was caused to the vault at St. Michan’s Church in the center of Dublin. There are also concerns the Crusader’s remains will disintegrate in the open air as the conditions in the crypt keep them preserved.

Archdeacon David Pierpoint told the BBC that the crusader’s head had been “severed from his body and taken away.” The discovery was apparently made as a tour guide was preparing to open the church for visitors on February 25, 2019. 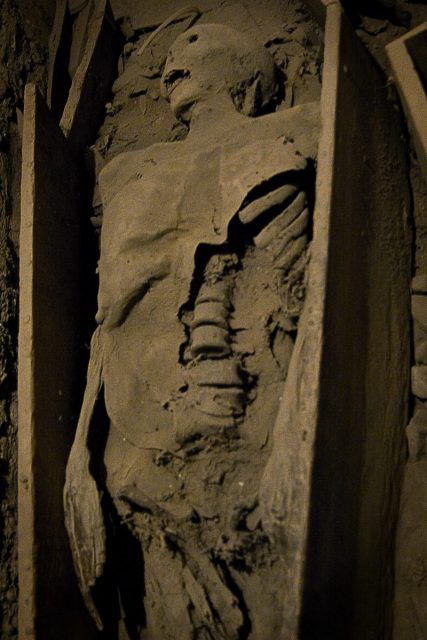 “Archdeacon Pierpoint said he was upset and disappointed that the church had been targeted again by vandals,” according to the BBC. The crypt of St. Michan’s was vandalized in 1996.

“I am shocked that someone would target this ancient burial place and desecrate the remains of those lying within it,” Diarmuid Martin, the Archbishop of Dublin, said in a statement. “Not only have these individuals desecrated the sacred crypt but they have destroyed these historic mummies which have been preserved in St. Michan’s for hundreds of years.”

All tours of the site have been canceled. Last year about 27,000 people visited the church. 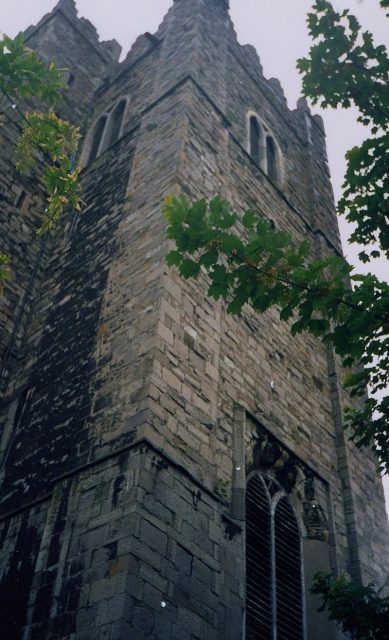 In a statement, the Church of Ireland said the crypt had been badly damaged and several of the mummies, including the remains of the nun, had been desecrated in the incident.

Archdeacon Pierpoint said a solid steel internal gate was also taken but the immediate concern was securing the vaults. He raised concerns over the preservation of the Crusader’s head. 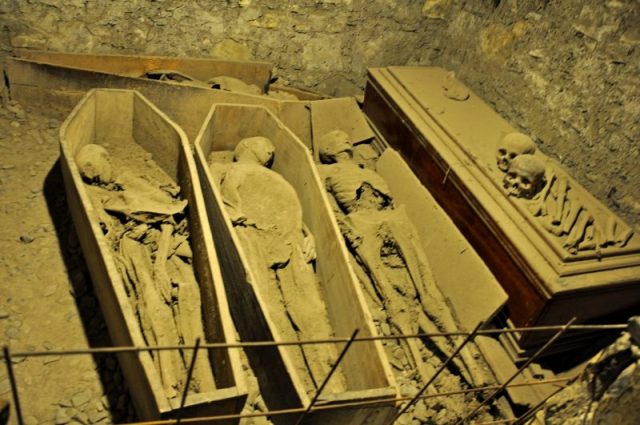 “I had a phone call just after one o’clock today from the tour guide who said that the vaults had been broken into,” he told The  Independent. “I went down to the vault and discovered a pretty gruesome scene down there. It is pretty bad. The perpetrators of this vandalism, sacrilege, desecration have turned over some of the bodies. The body of a nun who is there for about 300 odd years… she has been pretty much trashed, her head has been turned around the wrong way.”

The church has long been known as the home to well-preserved remains. 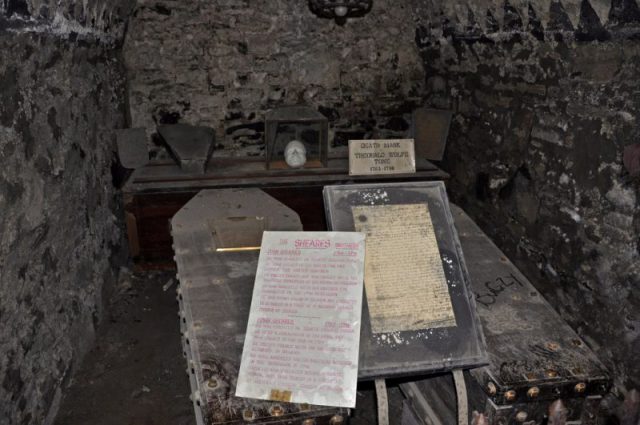 Most of the bodies belong to Dubliners who lived during the 17th, 18th, and 19th centuries. The crypt’s dry air and limestone walls have kept the bodies’ desiccated skin intact, while their wooden coffins crumbled. “Some of the coffin lids have caved in completely, while others have fractured enough to reveal an arm or leg,” wrote Slate in a recent story. “A thick layer of dust covers each body.”

The body of the Crusader has been a bit of a question mark for some. 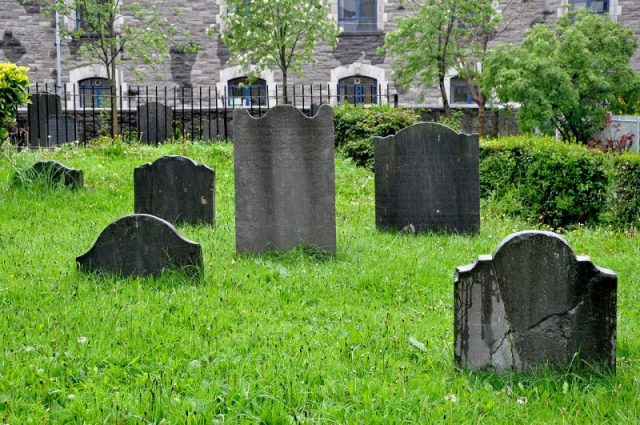 “At the back, placed horizontally, is the six-foot-six body of a man who apparently fought in the Crusades,” continued the Slate story. “Though how he managed to die during the Middle Ages and end up mummified in a Dublin crypt built in 1685 is a great mystery.”

However, the mystery may be explained by the fact that the first Christian chapel on this site dates from the 11th century. The larger church was built much later.

As for the Crusades, they stretched over centuries, with the beginning set at 1095 and continuing sporadically until the late 15th century.