War cries have played an important role in combat throughout history. Intended to boost the morale of those performing it, as well as to taunt the enemy, these screams are considered a decisive factor in the outcome of many battles ― from ancient times, all the way to modern history.

However, many of the war cries used by warriors of old are today known only for their existence, but not for their exact sound. While many battle cries died out without being passed to another generation, the famous Confederate “Rebell Yell” was captured on a recording in 1935, during a veteran reunion hosted by the Library of Congress. 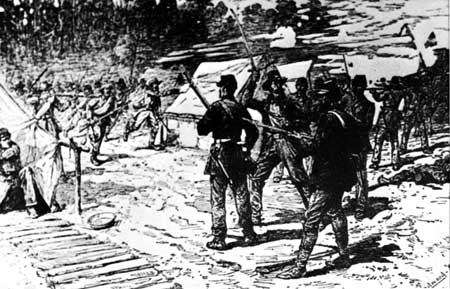 Confederate soldiers charge at the Battle of Shiloh

For those unfamiliar with the term, the Rebel Yell was a war cry used by Confederate soldiers during the American Civil War (1861-65). Often depicted in western movies as “yee-haw”, historians still argue that this is but an echo of how the Rebel Yell actually sounded.

The actual sound of the yell has been the subject of much debate as no audio recordings exist of it at the time when it was actually used in battle. Civil War soldiers, upon hearing the yell from afar, would say that it was either “Jackson, or a rabbit”, suggesting that they heard a similarity between the sound of the yell and the scream of a rabbit. The rebel yell has also been likened to a cougar’s growl. 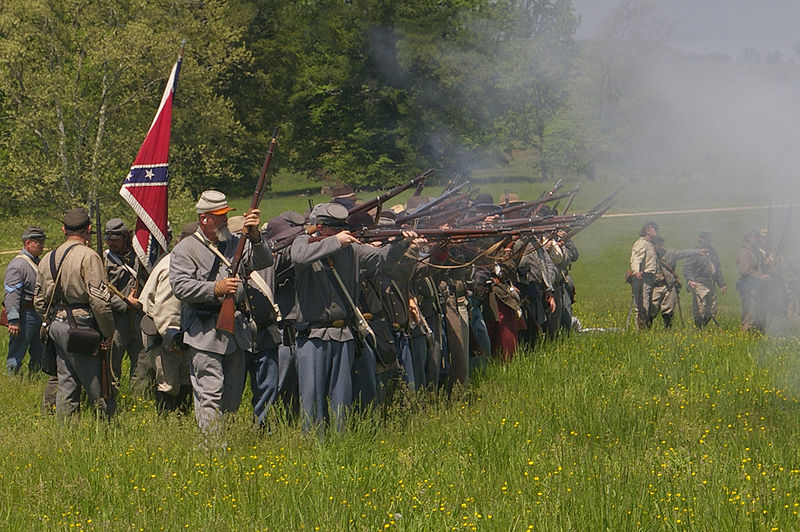 Confederate reenactors fire their rifles during a reenactment of the Battle of Chancellorsville in May 2008.

Although various noises were made by charging soldiers on both sides since the very beginning of the conflict, it is considered that the Rebel Yell was first officially used ― and defined ― during the First Battle of Manassas on July 21, 1861 by troops under the command of the Confederate general Thomas J. “Stonewall” Jackson. 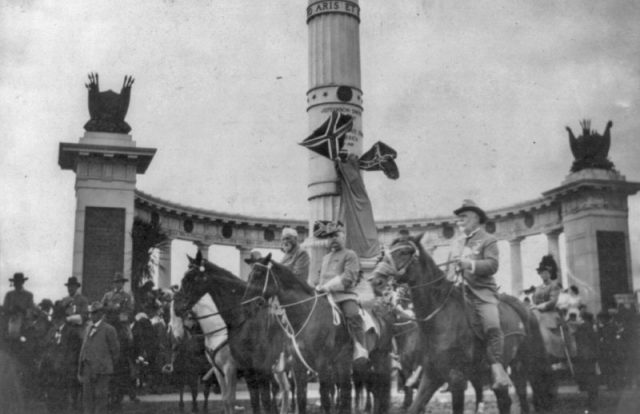 It is believed that the yell was most likely inspired by Native American war cries, which were a cross breed between a whooping sound and a wolf’s howl. There are others who claim that it is directly related to the Scottish battle cry tradition. Whatever its origin may be, it was demonstrated by the people who witnessed it ― and took part in it, for that matter ― first hand. 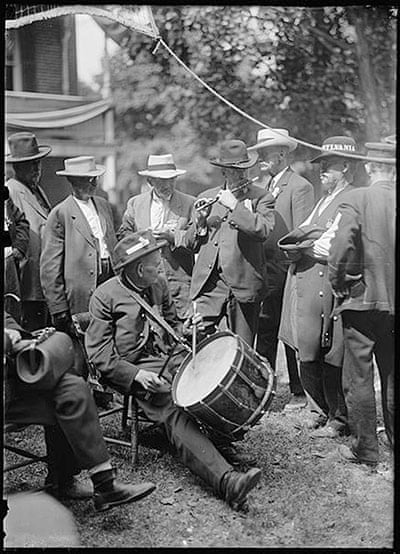 A final explanation of its origins likes in the specialized cries used by men (mostly from Northern Virginia) while fox hunting. Sidney Lanier, poet and Confederate veteran, described his unit’s yell as “a single long cry as from the leader of a pack of hounds.”

Some units were even nicknamed for their memorable ability to yell during a battle. The 35th Battalion of Virginia Cavalry, also known as “White’s Cavalry”, were given the battlefield name of the “Comanches” for their war cries and the way they sounded in battle.

When a video was finally made of the yell, and although the veterans were well into their 70s and 80s, they were still able to perform the Rebel Yell, as animatedly as they did during the war.

The sound from the recording can be described as a whoop-like yelp, rather different from the interpretation made for Hollywood movies. When performed by a single man, or even a group of several men, it sounds strange, but far from terrifying.

However, once uttered by a wild crowd of tens of thousands of soldiers, it becomes a powerful weapon ― one that could easily turn the outcome of a battle, as it did during Battle of Chancellorsville in 1863 when 28,000 Rebel troops surprised the right wing of the Union Army, causing them to scatter.