One of the finest examples of America’s love affair with Tudor Revival architecture, a house called Castle Crest in Jackson, Mississippi, went on the market for $1.7 million in late January 2019. The house is listed on the National Register of Historic Places.

Prominent Southern architect Joe Frazer Smith designed the six-bedroom house in 1930 for a businessman named I. W. Merrill. It is considered the finest Tudor house in the state of Mississippi.

The exterior of the 8,000-square-foot house showcases such Tudor Revival features as a steeply pitched and cross-gabled roof, a semi-hexagonal turret with crenellation, casement windows with leaded glass lights, and cast-stone trim around window openings. The house also has massive chimneys, arched door openings, and half-timbering in the gable ends. 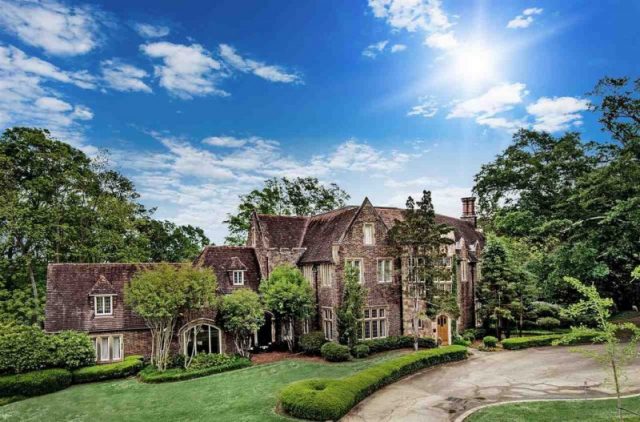 The house reaches its height of Anglophilia with a replica of a stone fireplace and mantel found in the original Knight’s Hall in Warwick Castle in England. Starting in the early 20th century and reaching a peak in the 1920s and 1930s, Tudor Revival architecture swept across America. From cottages to mansions, houses inspired by those built in 16th century England sprung up all over. 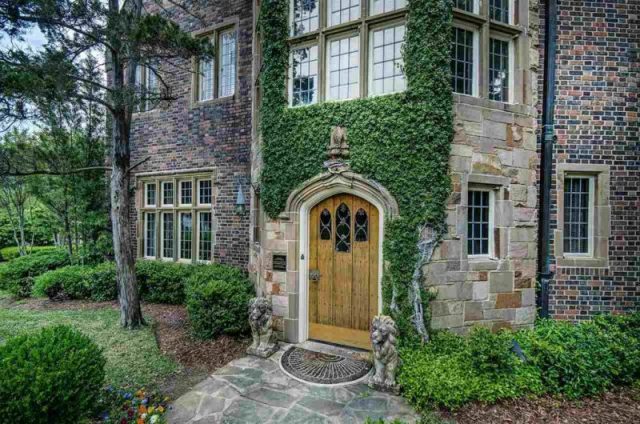 The houses were of solid masonry with elaborate decorative brickwork, and often seen as a signal that the owner was prospering. In fact, they were sometimes called “Stockbroker Tudor” because their owners had made their wealth in the booming 1920s stock market. 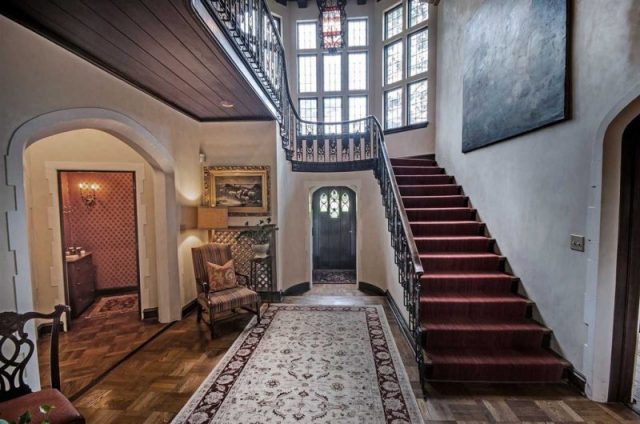 The architecture style flourished in a New York neighborhood in Queens dubbed Forest Hills Gardens. It was actually one of the first areas in the U.S. to honor Tudor architecture in its carefully zoned neighborhood. Those blocks of houses, still standing today, evoke the distinctive period so strongly — featuring their Tudor touches — that the HBO production of Mildred Pierce was filmed there because the neighborhood successfully suggested the 1930s. 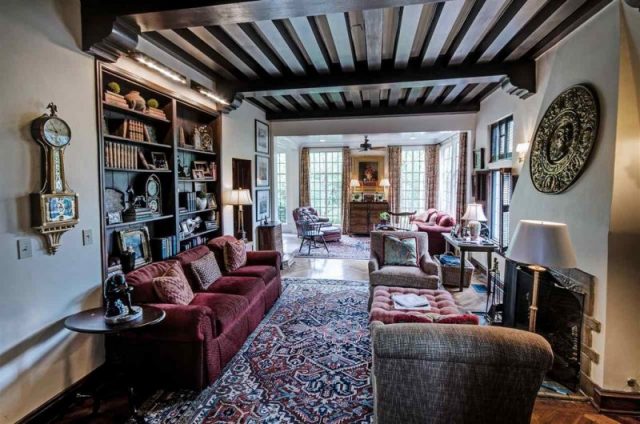 Such Tudor-phile neighborhoods can be spotted elsewhere in the northeast. “They are mostly found in what were the affluent new areas of that era — the Murdoch Farms section of Squirrel Hill in the city, and in suburbs like Ross and Churchill,” reported Triblive of Pittsburgh and western Pennsylvania. “Almost every larger town, whether it’s Greensburg or Washington, has a Tudor neighborhood. Even our mill towns have them up above the rivers and mills at what was the edge of a town’s development at the time.” 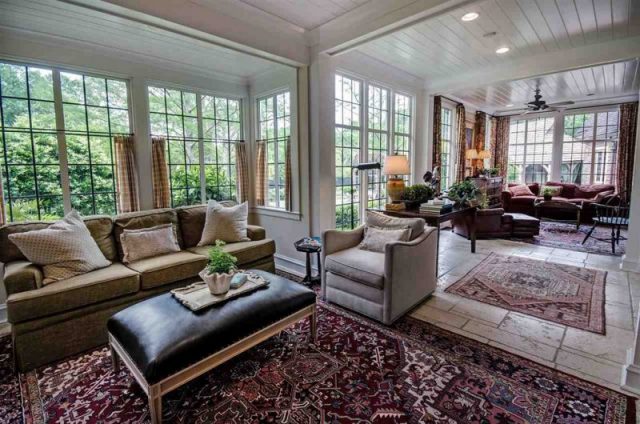 Tudor Revival houses are quickly identified by their half-timbering. They usually feature at least one front-facing gable, a steep roof, and facades that are asymmetrical. Most Tudor homes have noticeable chimneys and, what some people consider most beautiful of all, small diamond-shaped leaded-glass window panes.

While the steeply pitched roofs are ideal for climates with a lot of rain and snow, Tudor Revival houses found takers in the South as well. Writer Eudora Welty lived in a Tudor-style house in Jackson, one that is now open for tours. 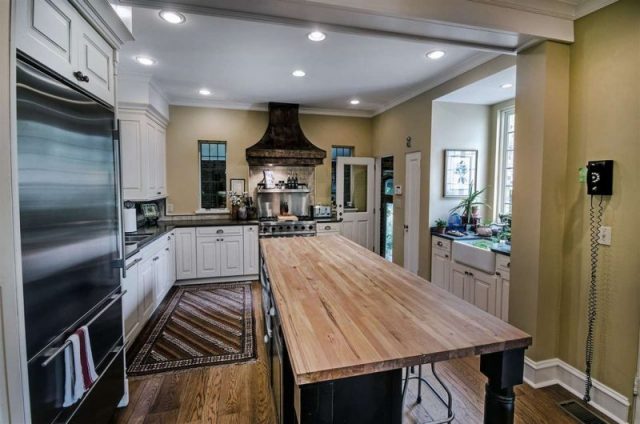 After the second world war, this type of architecture fell out of favor. There was a feeling that American-grown styles in house design should be taking the lead.

Read Another Article: Tudor Love Nest of Henry VIII and Anne Boleyn up for Sale

The recent owners of Castle Crest made efforts to restore and improve their house’s features. They restored the pool, which was one of two original such pools in Jackson, the accompanying pool house that was built in the 1970s, and the tennis courts.