The Funny Faces of Mr. Bean – Strange Facts about this Oddly Hilarious Character

Rowan Atkinson was a comedy star before Mr. Bean came along. But his rubber-faced, teddy bear-loving creation certainly put him on the map. Bean’s chaotic misadventures began on the small screen, before forming the basis of two hit movies. However despite his unique appearance, the character remains a mystery of sorts.

Where did he come from? What inspired him, and what are the facts behind the slapstick-laden fiction? Here are five things people don’t know about Mr. Bean…

He’s based on a young Atkinson 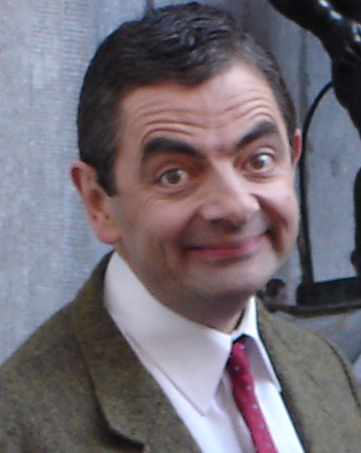 The seed for the character was planted while Atkinson was a student at Oxford University. He originally had a different career in mind — that of an electrical engineer, for which he was doing a Master’s Degree.

But a funny fate awaited him when he performed a sketch at a local theater. Seeking inspiration for this, he simply stood in front of a mirror and began contorting that unmistakable face. The rest evolved from there. 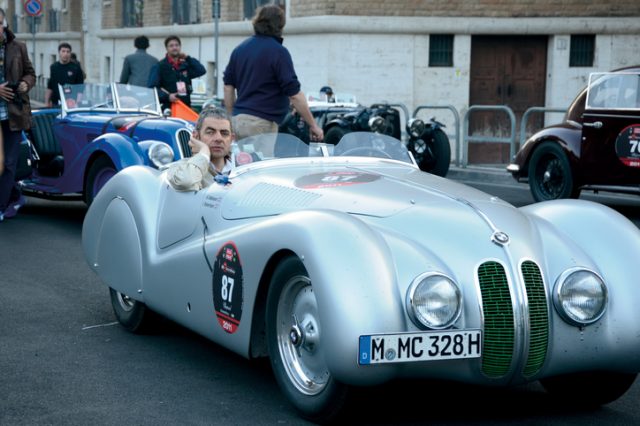 The process involved reaching back into his childhood. A 1998 profile in The Independent states, “Atkinson based Bean on what he was like as a nine-year-old. At school he was mercilessly teased by playground bullies who thought he looked like an alien…. ‘There’s a lot of Mr Bean in me,’ says Atkinson. ‘He’s socially inept, selfish and has no manners — yet he can be sweet, innocent and well-meaning.’” 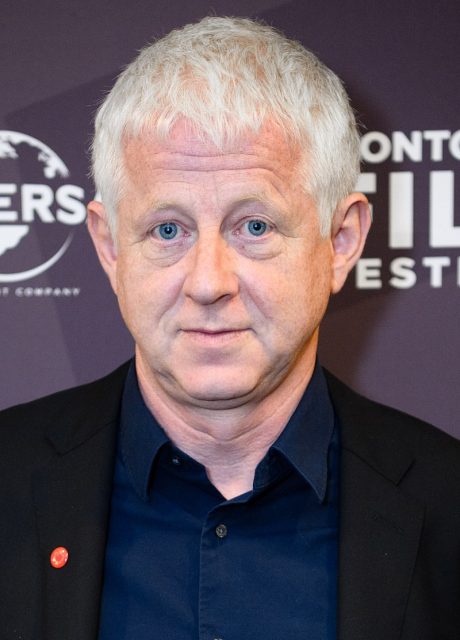 Also attending Oxford was Richard Curtis, who went on to write and direct movies such as Four Weddings and a Funeral, and Love Actually. When he met Atkinson, it led to a fruitful collaboration on TV shows Not The Nine O’Clock News and Blackadder amongst others. 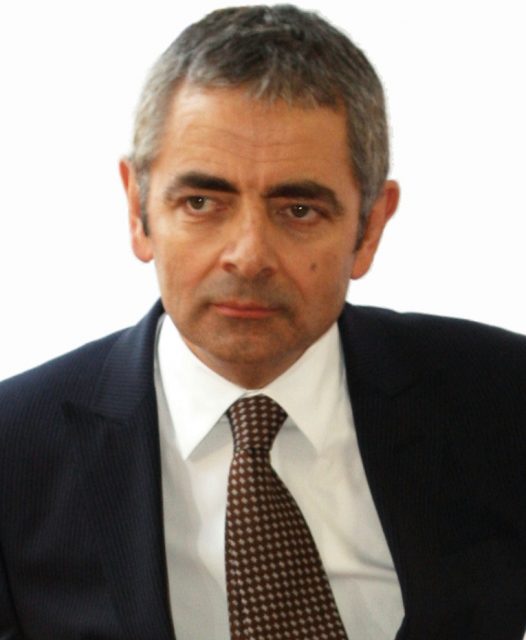 In 2018, Atkinson spoke to People TV about the initial sketches he wrote with Curtis that proved invaluable to the character. “We didn’t call them ‘Mr Bean’ sketches, but they effectively were,” he said. “And I’d discovered by then that I could express myself visually once I’m asked to tell a comedic story, without words.”

When Mr Bean arrived in sitcom form, Curtis was in the co-writer’s chair.

He was inspired by a French genius 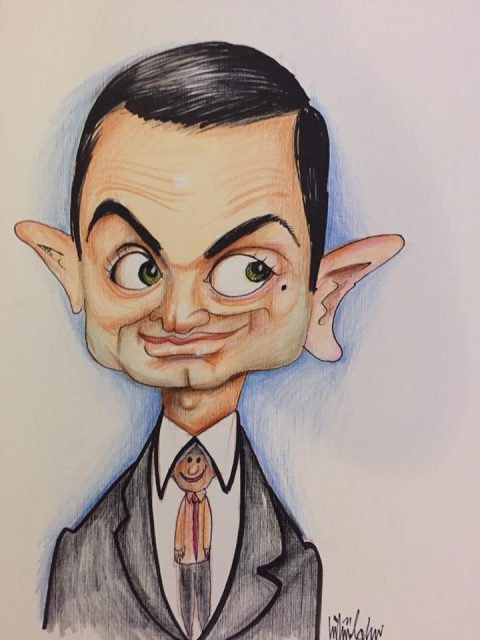 Bean is pure slapstick, and delights fans of physical comedy around the world. But what viewers might not know is his debt to a French master of big screen comedy.

Jacques Tati (1907-1982) is famous for movies such as 1953’s Monsieur Hulot’s Holiday, which features his title character’s clumsy antics. Atkinson paid tribute to this with Mr Bean’s Holiday in 2007.

Talking to the New York Times in 2018, Atkinson revealed, “I saw ‘Monsieur Hulot’s Holiday’ when I was 17, and it just had a tone and an attitude and a slowness that I had never seen in a comedy movie before. That idea of expressing yourself entirely visually rather than verbally was inspired by him as much as anything else.” 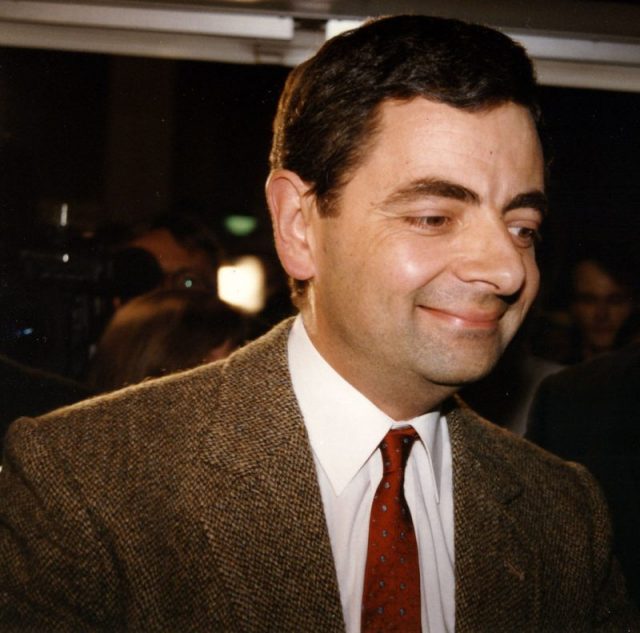 Mr. Bean began with the actor looking at himself in a mirror and pulling some funny faces. Yet strangely, Atkinson hasn’t revisited his reflection for reference since.

In a 2015 Mental Floss piece celebrating Mr. Bean’s 25th anniversary, it’s said that “Atkinson decided to put faith in what he was doing with his face following that first successful performance at Oxford.” 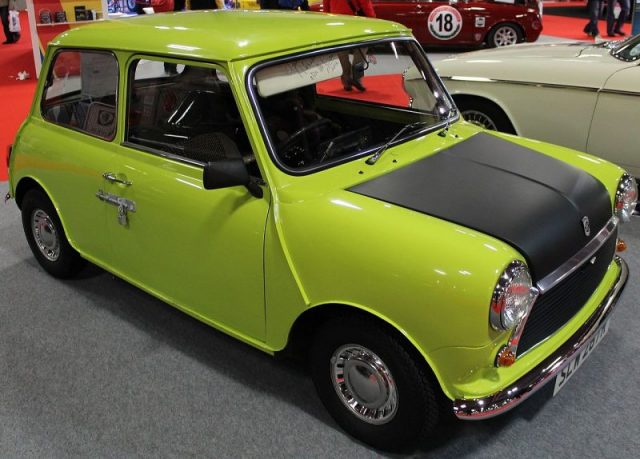 Quoting the star from a BBC World Service interview, it goes on to reveal “since then, I’ve hardly ever looked at my face … I hope it’s doing what I think it’s doing.” That may also be the point at which he trained his ears to wiggle, another Bean trademark which it turns out is no special effect.

Atkinson is also renowned for the extensive thought he puts into his work, no matter how light the end result appears. Blackadder saw Atkinson and the cast engaging in long debates over how the material should be presented onscreen. For a funny business, he takes it very seriously.

There aren’t many helpings of Bean 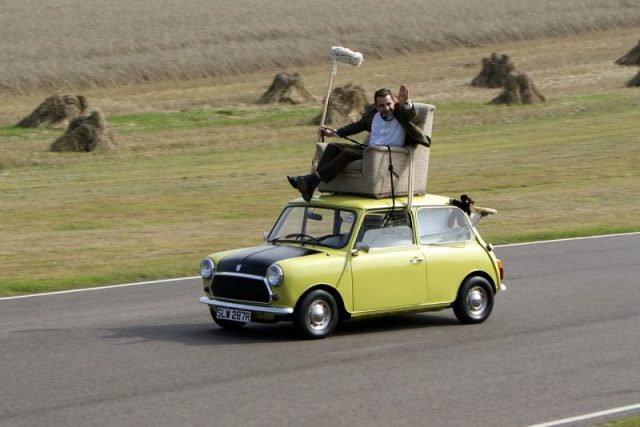 Rowan Atkinson re-enacting a famous scene from the episode Do-It-Yourself Mr. Bean on a Mini at Goodwood Circuit Revival, 2009. Photo by Nathan Wong CC BY 2.0

Just as Fawlty Towers only has 12 episodes, there is a limited supply of classic Bean on the small screen. 14 instalments exist in total, with a 15th acting as a compilation show.

Bean returned at the cinema, in adverts for brands such as Snickers and also in several sketches for Comic Relief, most recently in 2015. His newest appearance is for telecoms company Etisalat, where he “flips through the channels as action leaps off the screen and onto his couch,” according to The Gulf Today. 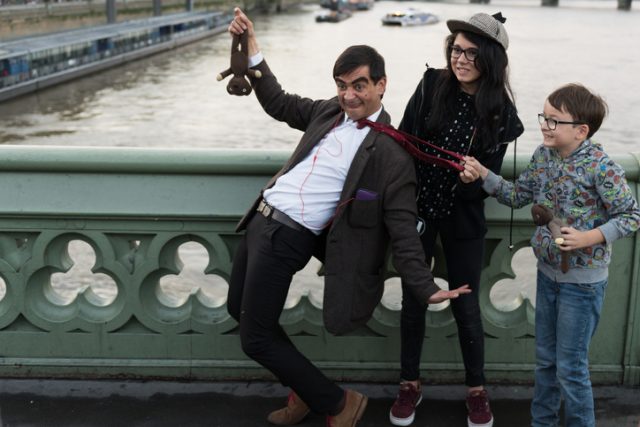 An Impersonator dressed up like Mr. Bean entertaining tourists for tips

He then “takes on multiple characters: a Scottish warrior, a gentleman and a lady from the Victorian era, a football player, a jungle man, a man revving up a chainsaw, a racing car driver, and a masked sword-wielding Spanish vigilante.”

In terms of a fully-fledged comeback, Atkinson is ambiguous. “I doubt he will ever reappear,” he told The Graham Norton Show recently. “There does come a point when you’ve done all you can. But, never say never.”

When a character captures the public’s imagination as much as Mr Bean, it’s only a matter of time before the hapless anti-hero acts up once again.