In February 1948, a resident of Clearwater, Florida came face to face with something totally unexpected. Walking the beach one morning, he stumbled upon a set of remarkable footprints in the sand.

The prints were enormous, about 14 inches long and 11 inches wide, and, even more remarkably, had three toes, tipped with long claws. Florida Fringe Tourism tells the story of the strange tracks, which came out of the Gulf of Mexico at the south end of the beach and walked the shore for about two miles before returning to the water and disappearing. No one could figure out what made the footprints, but the four- to six-foot strides it took showed that whatever it was, it was big. 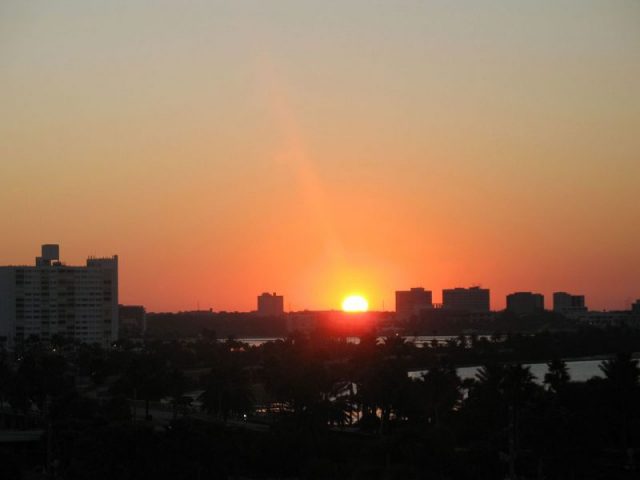 The creature’s tracks showed up on the beaches of various Florida towns for about two years. Its tracks were seen in towns between Clearwater and Sarasota, earning it the name “Old Three Toes”. During that time, several people claimed to have spotted the monster, for what else could it be? It was described as a large, bird-like thing or a large furry log with a head shaped like a hog’s.

People’s reactions ranged from baffled, to terrified, to skeptical. If it was some strange creature from the water, what havoc could it cause, if it chose? If it was a hoax, who would go to so much trouble, and to what end? 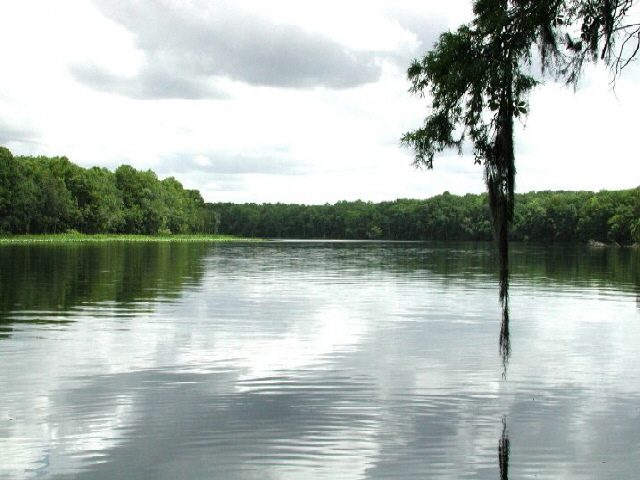 More tracks were found along the shore of Suwannee River, 40 miles (60 kilometers) from the ocean.

The strange tracks came to the attention of Ivan T. Sanderson, a zoologist of some repute, who wrote and commented on scientific issues in New York. Sanderson came to Florida to investigate and spent months studying the tracks and interviewing witnesses. He even dug up one print to take home, according to an article in the Tampa Bay Times.

Sanderson was like the Indiana Jones of the zoology world. He’d made several trips to the African jungle for Cambridge University and the British Museum which he then used as fodder to write a best-selling book.

He was also the person who came up with the term cryptozoology — referring to the pursuit of creatures out of legend, such as the Loch Ness Monster. If anyone could crack the mystery of those three-toed tracks, he believed it was him. 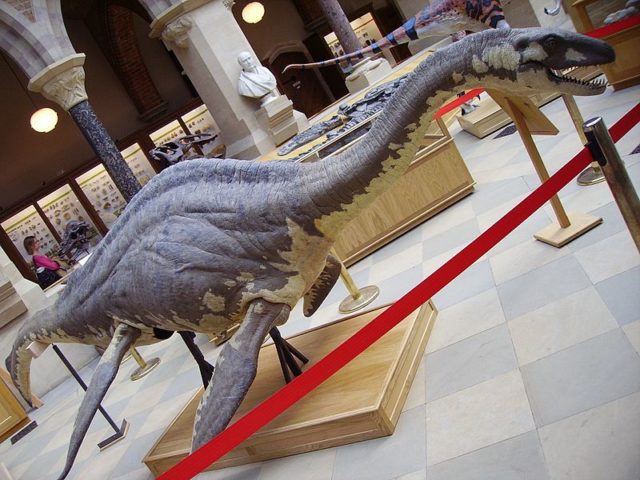 After doing extensive study and research, he determined that the prints couldn’t be a hoax. They seemed far too deeply imprinted to have been made by man or machine. He even went so far as to say he had spotted the creature himself.

He described it as being about 12 feet long, grayish-yellow, and having large arms that resembled flippers. He also said it made big waves when swimming as if it had a powerful kick. His final conclusion was that the creature had to be an enormous penguin, as silly as the idea sounded. After that, tracks were spotted a few more times throughout the ‘50s, but after 1958 there were no more sightings of either prints or giant penguins. 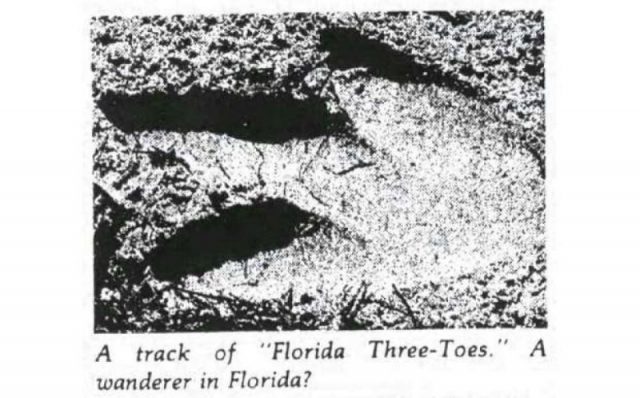 30 years later, on June 11, 1988 the mystery was finally solved. The St. Petersburg Times wrote an article stating that Old Three-Toes was a hoax. A man from Clearwater, Tony Signorini, had confessed that he and a prankster friend had been responsible for leaving the mysterious tracks all those years ago. The article’s writer went to Signorini’s auto shop to interview him, and, while she was there, he showed her a pair of very large, cast-iron feet with three toes.

Related Video: The Hybrid Neanderthal Girl – Made from 2 different species

According to Signorini, at the instigation of Al Williams, his friend and boss at the time, they created the thirty-pound feet. Williams had apparently been taken with photos from Smithsonian magazine which showed a dinosaur footprint that had been fossilized. After examining the print for a while, Williams came up with the idea to make feet that matched the prints and have a little fun. 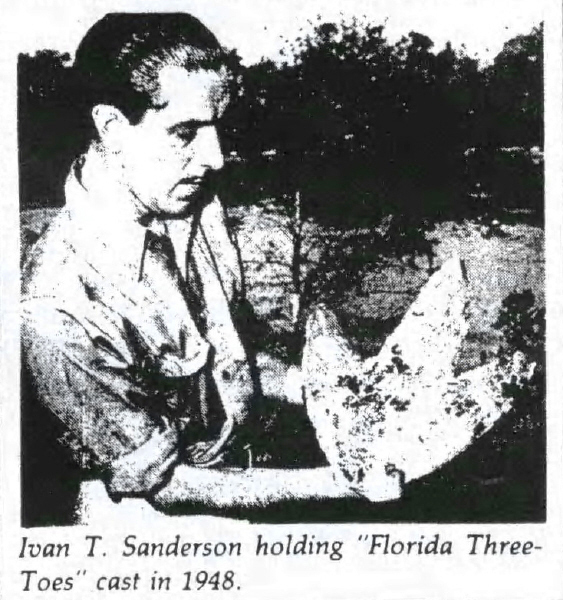 When the feet were complete and had been bolted to a pair of high-top tennis shoes, the two men loaded them into a rowboat and went to shallow water not far from shore, where Signorini would put the dino-feet on and waded out of the water.

To make the tracks so far apart, Signorini would balance on one foot, swinging the opposite leg back and forth to work up the momentum to make a jump to the other foot. Since each of the metal objects weighed about 30 pounds, the feat took some time and some stamina.

Over the years, Signorini would occasionally pull the feet out of hiding and tell friends and family the story of how the tracks came to be, and, over time, he has left the only major player around to remember. 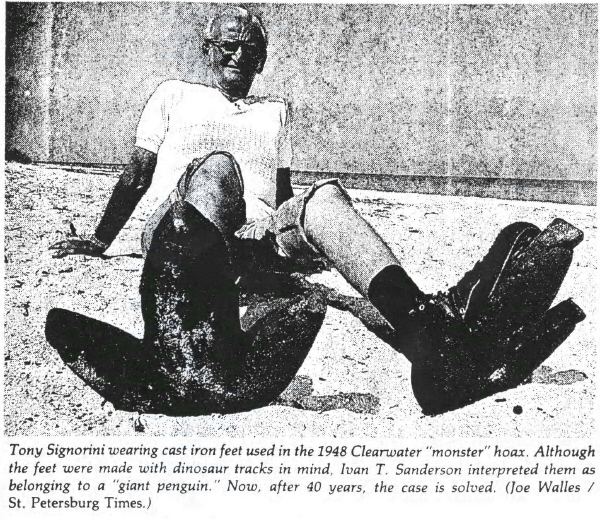 His partner, Al Williams, died in 1970. Ivan Sanderson had taken his interest in cryptozoology elsewhere and had been pursuing things like Bigfoot and UFOs prior to his own death in 1973. Tony Signorini finally died in 2013, leaving the fabled feet to his son, Jeff.

Since Jeff inherited his father’s feet, he’s been approached by a couple of historical organizations who expressed their interest in displaying the oddball pieces of Florida history, but Jeff has resisted, noting his father wanted to keep the feet in the family. When he was wondering what to do with them, one of his nieces called dibs, so the family’s legacy will remain.