Libraries across the world and throughout history have had to deal with one perennial issue: how to prevent unscrupulous readers from slipping away with one of their precious books? In medieval and early-modern Britain, as books and libraries became more publicly accessible, this was a concern that tormented librarians.

According to the BBC, library designers of the late Middle Ages devised an ingenious solution. If the books were physically chained to the shelves, they would be far less likely to go missing. 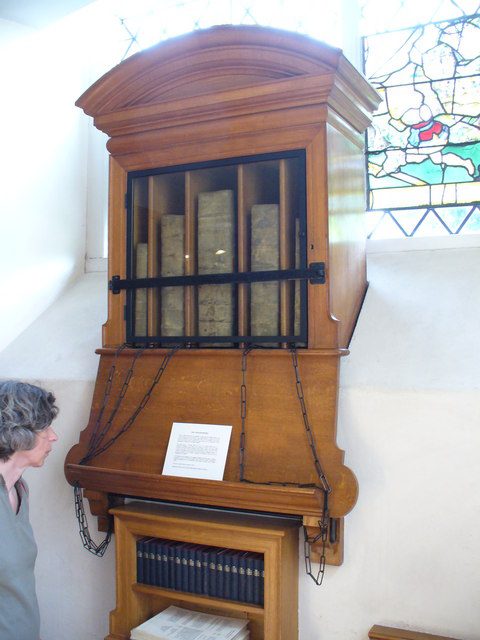 In the 16th and 17th centuries, an increasing number of church and university libraries installed a rigorous security system that required chains to be fixed to the binding of important books and attached to the sturdy stacks and shelves.

Today, only one of these libraries has been preserved in its entirety in the United Kingdom. The library of Hereford Cathedral is the largest chained library in the world, holding 1,500 books, some of which are over 800 years old. According to the BBC, it is also the only chained library to have retained all of its original chains, rods and locks. 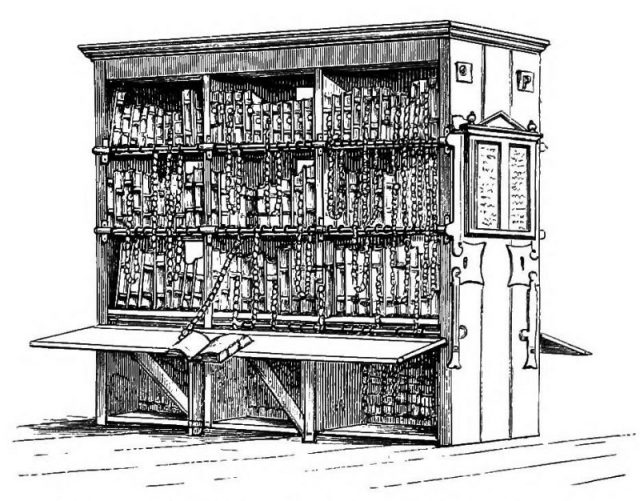 Although the cathedral began collecting manuscripts and books from its foundations in the early medieval period, the library itself was not constructed until the 17th century.

Following concerns that its important collection was not being properly stored, Thomas Thornton, later Master of the Library, established the Chained Library in 1611. He modeled its organization on the Bodleian, the central library at the University of Oxford, where he had previously held the post of Vice Chancellor. 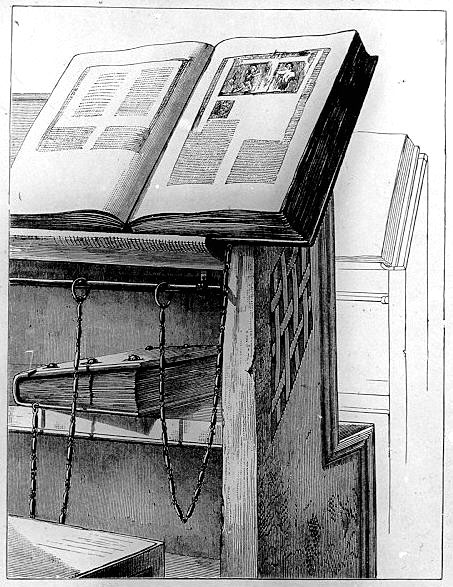 Press with chained book in the Library of Cesena, Italy; original drawing has caption “part of a bookcase at Cesena to shew the system of chaining”

The current library has preserved the 17th century layout, comprising dark wooden shelves and benches, with an itemized list of the books at the end of every row. Each book in the library has a chain attached to the panels on the binding of the book. According to the BBC, these chains are not fixed to the spine of the book, as this could be easily torn and is therefore less secure.

Instead, the chains are carefully fixed to the edges of the outer panels of each book’s binding, and are then passed through a metal rod. The rod spans the length of each row of books and is held in place at the end of the stack by secure locks. In order to remove a book from its chain, the entire row must be removed. 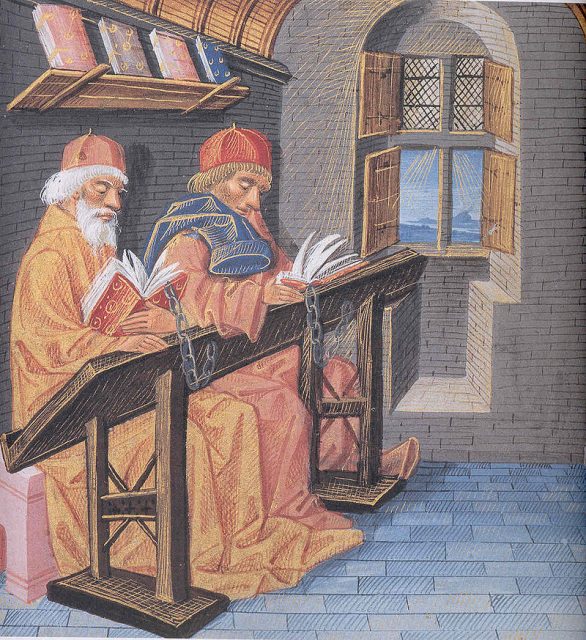 This solution was particularly effective in preventing readers from straying too far with the library’s precious books. It also meant that books could be easily removed from the shelf and read, without any fear that they would be stolen.

However, it meant that the books could not be stored normally, with the spine facing outwards, as this would risk damage as the chain rubbed along the sides of the book. 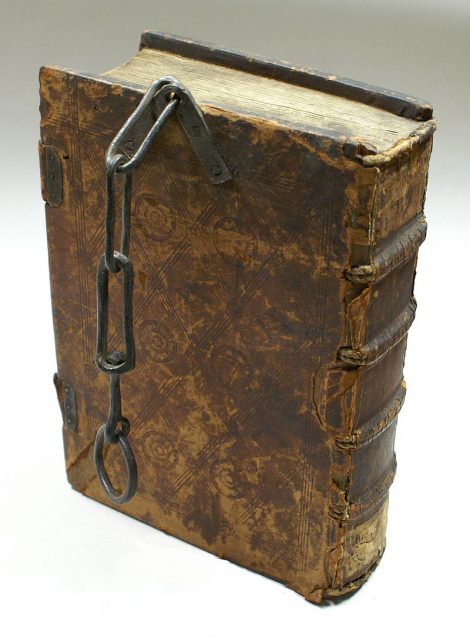 Many of the books in the collection at Hereford Cathedral Library are medieval manuscripts dating from the 11th and 12th centuries, encased in 16th and 17th century bindings.

According to the BBC, they include a number of vibrant illuminated texts dating from the Anglo Saxon and Norman periods. One of the most remarkable items in the collection is known as the Hereford Gospels, a beautifully illuminated manuscript dating from the 8th century.

In addition, the library is also home to the Hereford Mappa Mundi. This stunning manuscript is the largest medieval map in existence, measuring 1.59 meters by 1.34 meters (5’2” by 4’4”), and dates from c.1300. 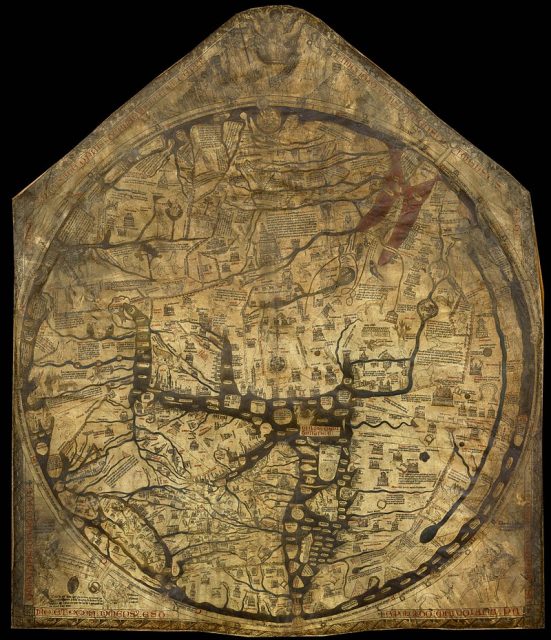 The map presents a vision of the world in a Christian framework with the holy city of Jerusalem at its center, and the east, designated by the rising sun, positioned at the top.

Read another story from us: Homeowner Finds Dusty old Painting in the Attic – Turns out to be a Lost Caravaggio

Lovingly restored and carefully maintained, the chained library of Hereford cathedral is a rare example of an authentic 17th century library, with all of its fixtures and fittings intact. It offers a unique insight into the experience of visiting a library in early modern Britain, and its state-of-the-art security system still works perfectly.

« Scientists Reawaken Cells from a 28,000-yr-old Woolly Mammoth
Where Does the Phrase “OK” Come From? »