Skellig Michael is a rocky, inhospitable island just off the west coast of Ireland, recently made famous by the 2017 blockbuster Star Wars: The Last Jedi. Comprising two craggy hills that reach 714 feet above sea level, the island is home to a wide variety of bird life, and was once the location of a thriving medieval monastery.

This iconic spot, while incredibly beautiful, is frequently battered by storms, gales and driving rain, and is consequently possibly the most difficult place in Ireland to eke out a living from the land.

Nevertheless, in the early medieval period, dozens of intrepid, brave monks made the journey here to devote themselves to God, establishing a monastery at some point between the 6th and 8th centuries, the remains of which survive to this day. In doing so, these Irish monks believed that they were the vanguard of a Christian force, engaging in daily battle with the devil, and protecting the Christian world from corruption and destruction through prayer. 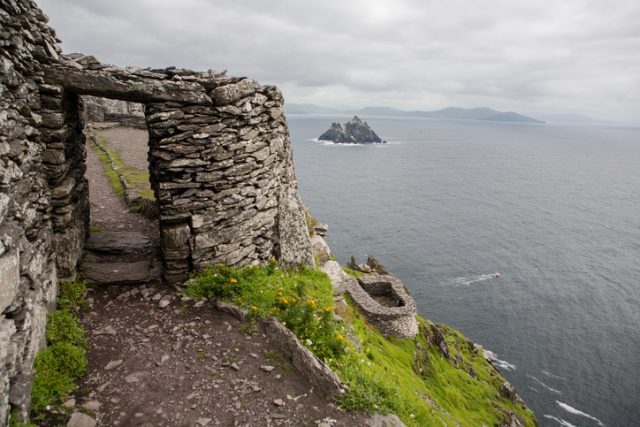 According to historian Bernard McGinn, the early Irish church was, almost from its earliest days, a monastic church. The earliest missionaries, following the tradition of Saint Patrick, established houses for monks and nuns across the country, often in uncultivated, wild, inhospitable areas.

The call to a monastic life was one of retreat from the material comforts of the world, focusing on a life of spiritual contemplation and prayer. According to The Telegraph, many Irish monastic founders took their cue from the so-called “desert fathers” of the Middle East, and the early Christian example of Saint Anthony, who spent many years in the desert as a hermit. 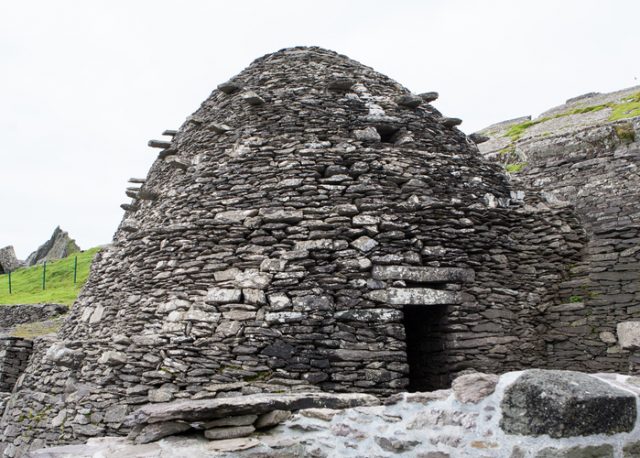 These early examples of Christian asceticism were a powerful example for early Irish monks, who often lived as hermits, venturing into remote areas and enduring extreme hardship in order to fully concentrate on their faith.

Prayer, in this context, was not simply a meditative or relaxing activity. Rather, these monks believed themselves to be engaged in a deadly spiritual war, in which their faith and prayer played an important role in keeping the devil at bay. It is perhaps for this reason that by the 10th century, the monastery and church on the island was rededicated to the archangel Michael, commander of the heavenly armies. 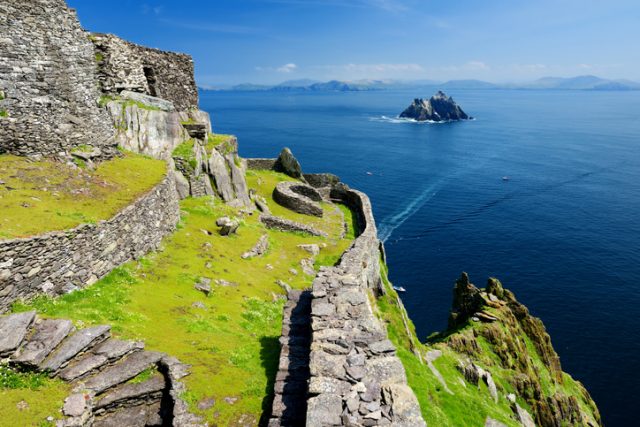 Skellig Michael or Great Skellig, home to the ruined remains of a Christian monastery. Inhabited by variety of seabirds, including gannets and puffins. UNESCO World Heritage Site, Ireland.

The idea of spiritual warfare was further reinforced by the very position of the island itself. As one of the most westerly points off the coast of Ireland, it appeared to be at the very edge of the world itself, looking westward into the great Atlantic Ocean.

This was a mystical place where myth and legend often bled into reality, and where great spiritual battles were fought between light and dark. 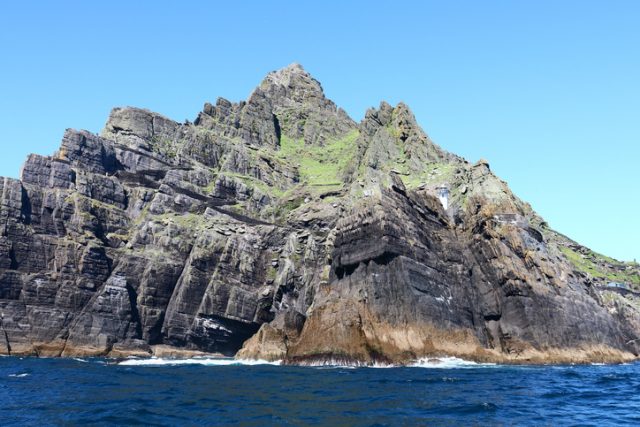 Life for the monks on Skellig Michael was immensely difficult and often short. Aside from enduring exposure to the elements, the monks had to toil to eke out a frugal living from the land, climbing up and down the steep stone steps that led up to the monastery every day.

They constructed distinctive “beehive” style huts, almost all of which stand to this day, and lived off vegetables and fish. The majority of their days, however, were spent in prayer.

Although Skellig Michael is one of the most famous of the remote Irish monasteries, as McGinn comments, monasticism was also thriving in the rest of Ireland in the early medieval period, giving rise to the creation of a distinctive brand of Celtic Christianity. 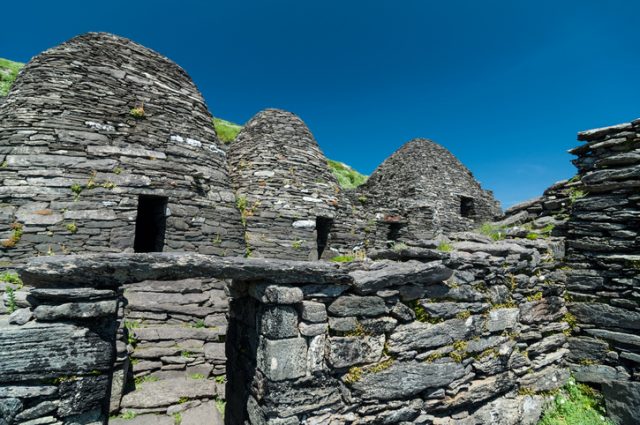 Skellig Michael, UNESCO World Heritage Site, Kerry, Ireland. Scenes from Star Wars: The Force Awakens and The Lest Jedi were filmed on this island.

According to historian Lisa Bitel, Irish monasteries contributed to the creation of a vibrant intellectual and artistic culture, in which Greek and Latin texts and learning were preserved and passed down by monastic scribes. These monks, having withdrawn from the world, produced some of the finest medieval illuminated manuscripts ever seen. 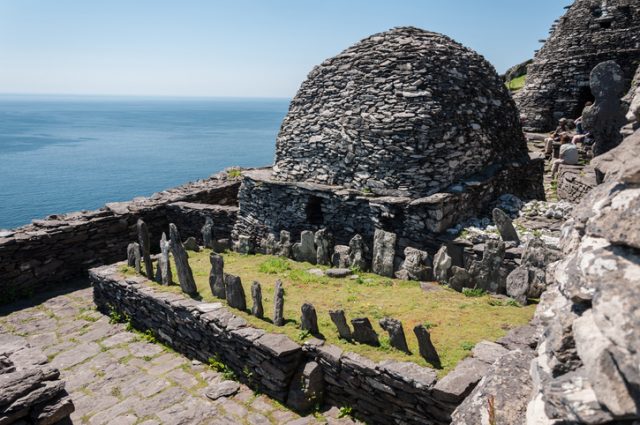 In a period of intense change and upheaval across Europe, Irish monasticism was thriving on the westernmost reaches of the Christian world.

Read another story from us: A Buddha’s Head Hiding Inside a Tree in Thailand Continues to Amaze

The courageous monks of Skellig Michael and other remote monasteries in Ireland, in their quest to keep evil forces at bay, succeeded in creating a vibrant Celtic Christian culture that continues to echo in Irish tradition until the present day.