Scientists are Establishing a Groundbreaking Link Between Cheese and Music

Consumers could soon be looking at cheese in a new light. Switzerland has played host to a ground-breaking study which goes beyond the usual factors of appearance, taste, and smell. The title is simple but surreal: Cheese in Surround Sound. Experts describe it in their press release as “a culinary art experiment,” seeking to establish a credible link between cheese and music.

For a more thorough scientific explanation, the reader must consider how “the bio-acoustic impact of sound waves affects metabolic processes in cheese, to the point where a discernible difference in flavor becomes apparent – one which can even be visualized using food technology.” 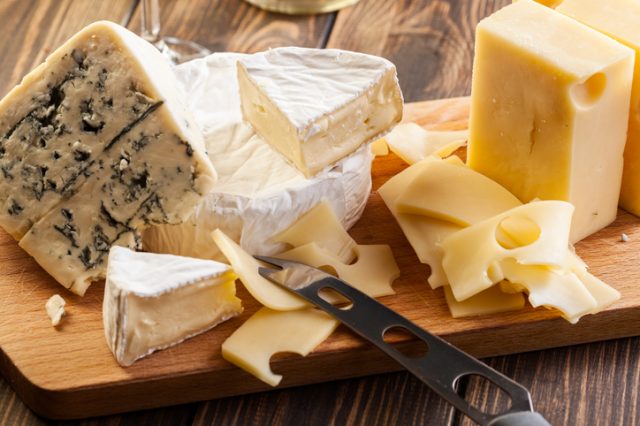 Beat Wampfler wanted to find the answer to a simple question – can music improve the flavor of cheese?

The man who triggered this unique investigation is Beat Wampfler, a name that wouldn’t sound out of place in the Rock ‘n Roll Hall of Fame. Wampfler is, in fact, a veterinarian and part-time cheese maker.

The study took place at Bern University of the Arts and used sonochemistry to explore the effects of different types of music on maturing cheese wheels. Sonochemistry “looks at the influences of sound waves, the effect of sound on solid bodies” according to Michael Harenberg, director of the university’s music program, quoted by Smithsonian.com. 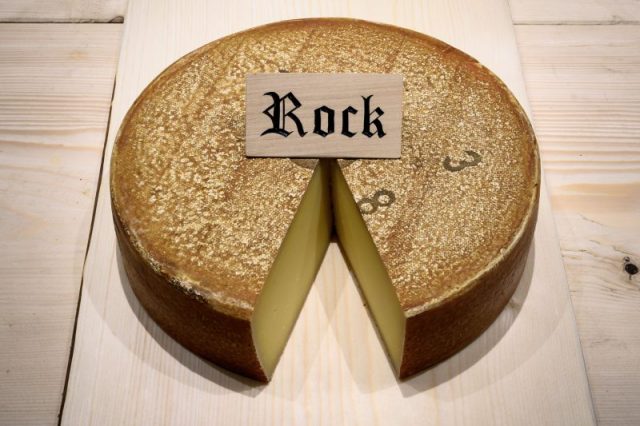 Harenberg and his students partnered with Wampfler and the Käsehaus K3 cheese shop in Burgdorf as part of an annual cultural initiative. A little persuading was required from the cheese maker’s end but things soon ran smoother than Emmental.

No wonder this was the cheese selected for the project. 9 wheels — each weighing 22 pounds — were left in separate crates to mature, with some of the greatest names in music playing by way of company. Led Zeppelin, Mozart and A Tribe Called Quest amongst others aided the “complex dance between milk and bacteria” over a period of six and a half months. 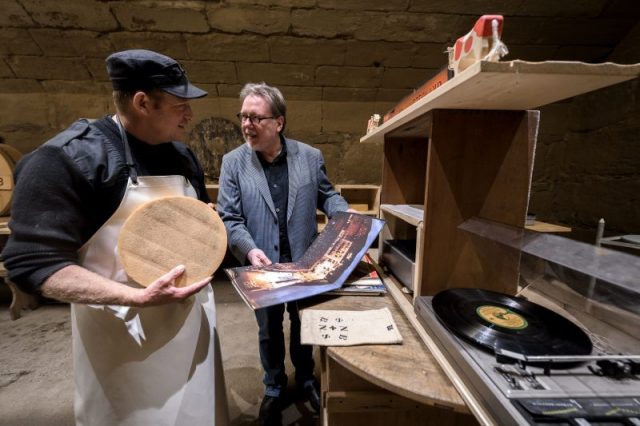 A jury of experts tasted the cheeses on March 14, 2019 and the winner was the cheese matured to the sound of hip-hop. Photo by Fabrice COFFRINI / AFP

Reuters reports that “The experiment, instead of using loudspeakers, used mini transmitters to conduct the energy of the music into the cheese.” This apparently resulted in a more direct musical hit than something like a Marshall sound system would allow. But it wasn’t all rocking out and getting a freak on for the smelly test subjects. “A control cheese aged in silence,” writes Smithsonian.com, “while three other wheels were exposed to simple high, medium and low-frequency tones.”

Related Video: A Day in The Life of a Modern Kitchen – from the Past

Following this, the cheeses were looked at by food technologists from the Zurich University of Applied Sciences (ZHAW) and then tasted by what the press release proudly bills as “a star-studded panel of judges, featuring artists, chefs and politicians”. 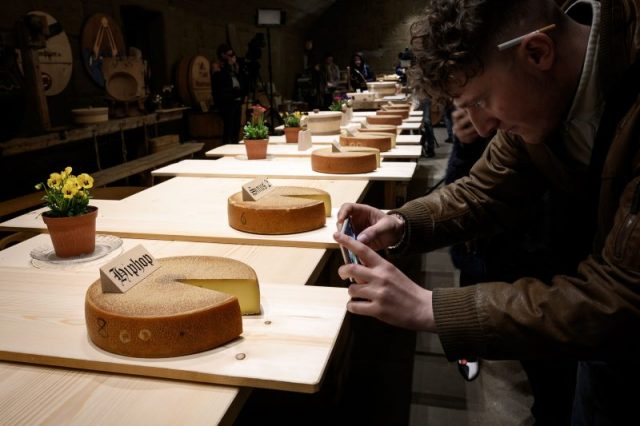 Since last September, the cheeses have each been blasted with sonic masterpieces from the likes of rock gods Led Zeppelin and hip-hop legends A Tribe Called Quest, to techno beats, ambient choirs and Mozart’s classic Magic Flute. Photo by Fabrice COFFRINI / AFP

Perhaps the strangest part of the story is that the experiment has produced compelling evidence. The verdict was especially strong with regards the cheese exposed to hip hop.

ZHAW concluded that this example “displayed a discernibly stronger smell and stronger, fruitier taste than the other test samples.” One taste tester, chef Benjamin Luzuy, favored the Mozart-infused cheese but the hip hop has become the model for milk-based manipulation going forward.

Whether this is a genuine discovery, or if the altered flavor is merely in the person’s mind, remains to be seen. Further examinations are to be made via biomedical tests. Contradicting that old saying, the proof of the pudding (or at least the cheesecake) may not be in the eating. Not that Wampfler is losing his fromage-oriented faith. 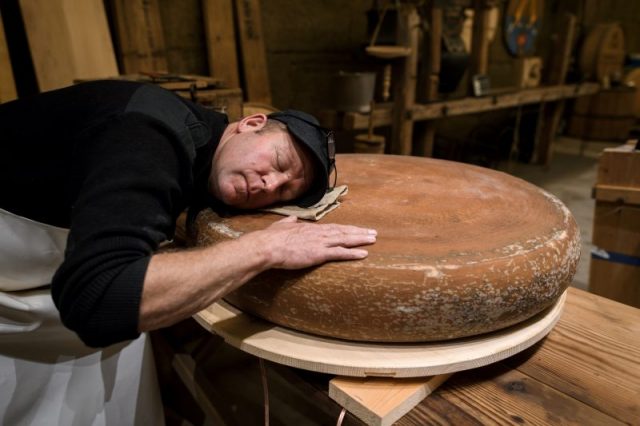 “I am convinced that humidity, temperature or nutrients are not the only things that influence taste,” he commented to Smithsonian.com “Sounds, ultrasounds or music can also have physical effects.”

“Here comes the science part,” has never sounded weirder. It’s hoped the new findings will attract the cream of the culinary and scientific communities. If it doesn’t, then the whole house of curds could collapse.