Genevieve von Petzinger is studying European Ice Age rock art to earn her Ph.D. in the Department of Anthropology at the University of Victoria in British Columbia, Canada. She is not studying the ancient drawings of animal or plant life but the geometric symbols that often accompany them.

In the mid-1960s, French archaeologist André Leroi-Gourhan attempted to explain the geometric shapes within the context of the structuralist point of view which was popular at the time, especially in France.

According to the Ancient History Encyclopedia, “Structuralist thought claims that human cultures are systems that can be analyzed in terms of the structural relations among their elements.” 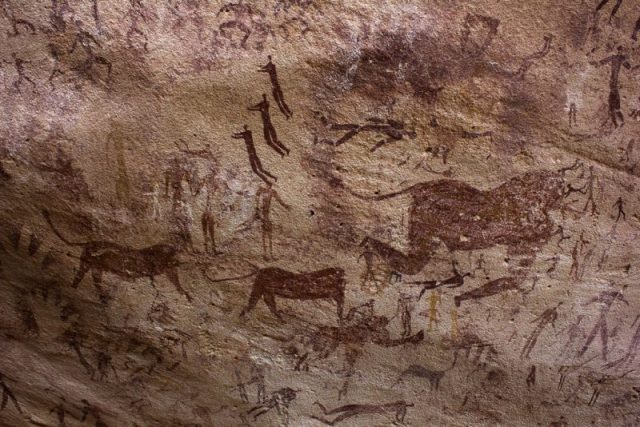 “Cultural systems contain universal patterns that are products of the … structure of the human mind: proof of this can be detected in the patterns displayed in mythology, art, religion, ritual, and other cultural traditions.”

In very simplified terms, Leroi-Gourhan believed that there was a specific pattern and purpose in the designs/shapes and their placement. That pattern relates to the structure of the human mind and the specific culture of the artist. He was unable to completely prove his theories, but, armed with modern computer technology, von Petzinger aims to do just that. 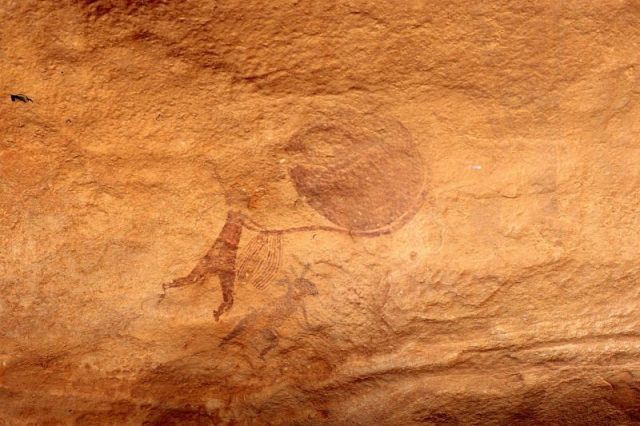 Von Petzinger is compiling a database of geometric signs from Ice Age Europe. She personally visited 52 caves and is also researching the data of those who have been to other sites and kept good records.

According to the Bradshaw Foundation, von Petzinger proposes that the fact that the images are abstract, rather than accurate replicas of animals or objects, supports the structuralist theory that they are meant to communicate ideas and not simply be aesthetically pleasing.

She began by studying 146 rock art sites to look for a correlation of symbols that could perhaps have an undeviating meaning. 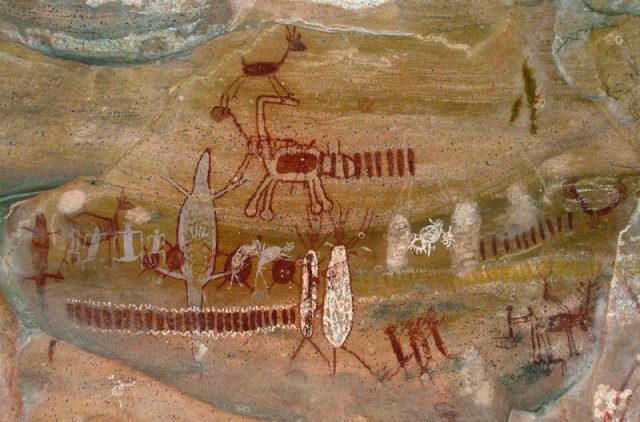 She was able to identify 26 definite shapes that were used in all areas of France across a time span of twenty thousand years. The repetition of these shapes by unrelated tribes proves conclusively that they were not just doodles or decoration.

It is von Petzinger’s belief that the inhabitants of the Ice Age were complex thinkers and experts at communication rather than the dull-witted cavemen so often portrayed in history.

There are currently 5,000 symbols in her database. Von Petzinger has yet to interpret the symbols but acknowledges that the meanings could have changed through the years and in different localities, just as spoken words do. 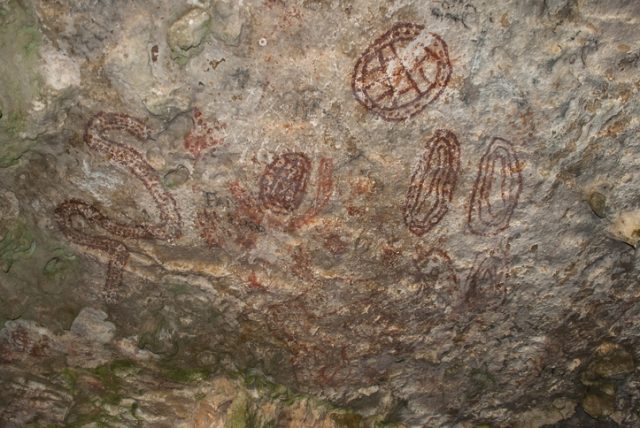 Indian art in the cave nearby Spelonk on the Caribbean island Bonaire, former Netherlands Antilles. The Arawak indians are considered the first inhabitans of Bonaire.

Some of the symbols, such as what we now call hashtags, hand tracings, spiral shapes, heart shapes, and the symbols we use for “Y” and “W” have been found not only in Europe but also in Africa, India, Australia, and China among other places.

Von Petzinger is studying rock art in various countries hoping to cover most of those found in Italy, Spain, Portugal, the United Kingdom, Slovakia, Russia, and the Czech Republic, but she does find that it is often difficult to access these sites.

Some are on private property and others are regulated by the local government as to who can study there. There are also other archaeologists and anthropologists who are passionate about guarding their work and aren’t interested in sharing with young upstarts. 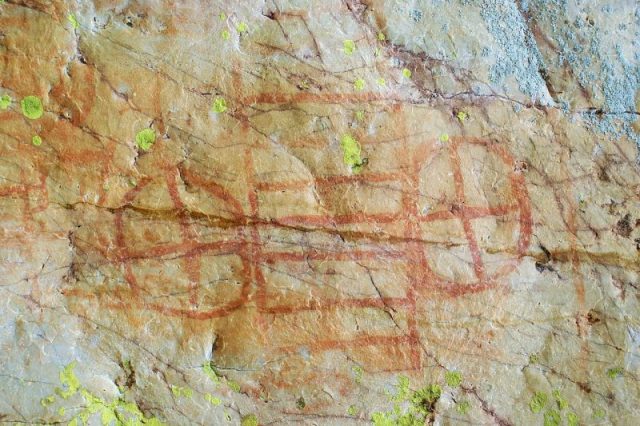 In May of 2016, von Petzinger published a book entitled The First Signs: Unlocking the Mysteries of the World’s Oldest Symbols with Simon and Schuster Publishing Company.

It has been met with outstanding reviews from Louise Leakey, Director at the Turkana Basin Institute Ileret Research Facility in Kenya, and the granddaughter of Mary Leakey, the paleoanthropologist who was credited with finding some of the most important fossils in modern times.

Von Petzinger was a TED (Technology, Entertainment and Design) Senior Fellow in 2013, and has presented many lectures on her field of study. She has been featured in New Science in 2010, Science Illustrated in 2011, and has made several appearances on the Discovery Channel.