People are drawn to steampunk for all kinds of reasons: pure love of the Victorian period it draws from; fascination with how a particular type of technology fancifully fuses with the 19th century; and excitement over the level of detail and artistry shown. Increasingly, supporting Steampunk and its incorporation of so many things from different times is a way to reject a throwaway culture of plastics and disposables.

For artist Gary Nicholls, it was all of that and more. “I love the style and more importantly the gadgets!” said Nicholls in an interview with The Vintage News.

“The main aspect is the creativity, plus the fact that the first and only rule of Steampunk is to be splendid, in other words, be a gentleman at all times. Steampunks are fabulous people, and I am now very proud to be one of their numbers. ” 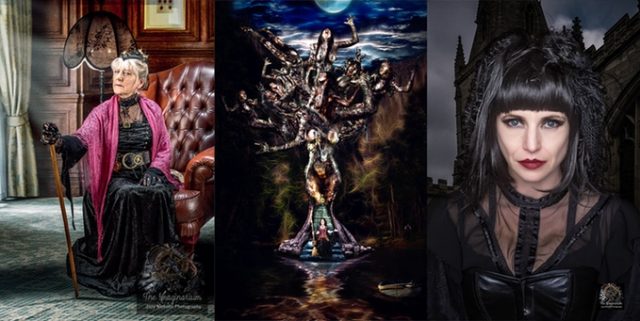 The Imaginarium Book 1 consists of over 150 elaborately created images created over a period of 4 years. The characters are all genuine steampunks, and the costumes and props, hand made for the story. Photo courtesy of Gary Nicholls/Imaginarium Trilogy

In March 2019, Nicholls became the first Steampunk artist chosen to exhibit at the Talented Art Fair at Truman Brewery in Spitalfields, London. In less than two years, it has become a showcase for some of the best contemporary artists working today, displaying some 100 gallery level and award-winning artists.

The exhibition was part of Nicholls’ “Imaginarium,” a steampunk saga told in the form of fine art images made from his photographs. He’s published one book in the series with two more to follow. 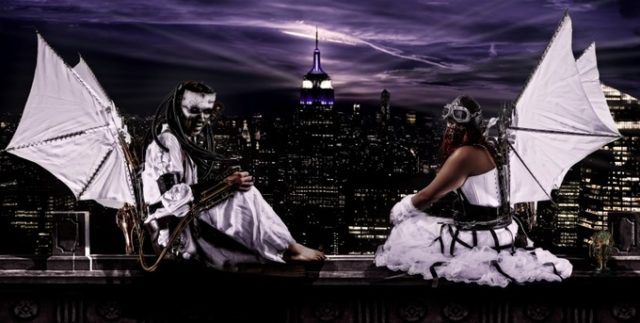 The characters in this visual tale are portrayed by a large cast of real steampunks, many from the Asylum Steampunk Festival in Lincoln. “I needed a theme for a small collection of images, and a visit to the Lincoln Steampunk Festival made me realise I had found what I was looking for,” Nicholls said.

“Little did I know it would end up as a 450 image trilogy! The Lincoln Steampunk festival is the world’s largest and is run by The Ministry of Steampunk, for Steampunks.”

For location shots, he traveled around the UK, as well as New York City, Barcelona, Cambodia, Poland, Greece, and Portugal. Scenes were planned, staged, and lit. Nicholls spends 100 to 350 hours producing each image; the project involves extensive compositing in Adobe Photoshop. 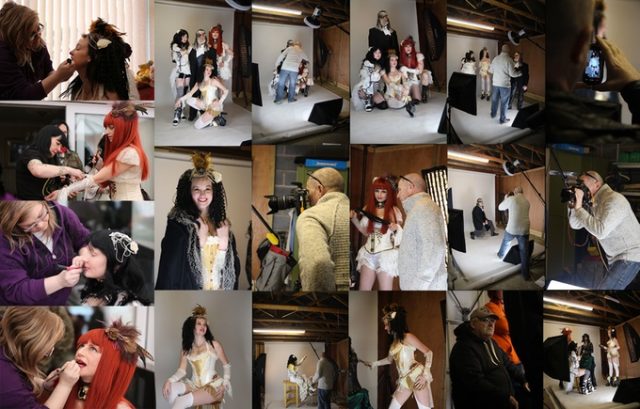 Behind The Scenes. Photo courtesy of Gary Nicholls/Imaginarium Trilogy

During Victorian times, a visit to an Imaginarium would mean seeing a lot of stalls, leaving people breathless. Nicholls said in his own Imaginarium, “I wanted each image to have that. ‘Eva’s Story’ is the first of three volumes that are part of the overarching main story about a secret artifact in a wooden carved box.”

The Victorian style makes people “stand up straighter, feel elegant, graceful and proud,” Nicholls explained. “In this age of technology, where everything is about tablets and online gaming, to get the younger generation interested in a style that means they have to learn a practical skill is no bad thing. Steampunk is escapism, it is also a style mixing Victorian fashion with a 21st-century twist.” 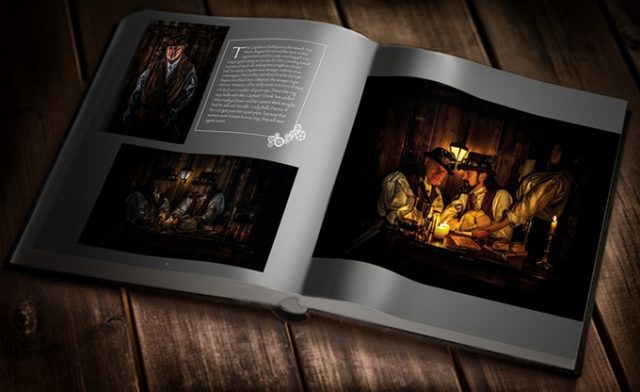 The imaginarium will be available in 3 different editions. Photo courtesy of Gary Nicholls/Imaginarium Trilogy 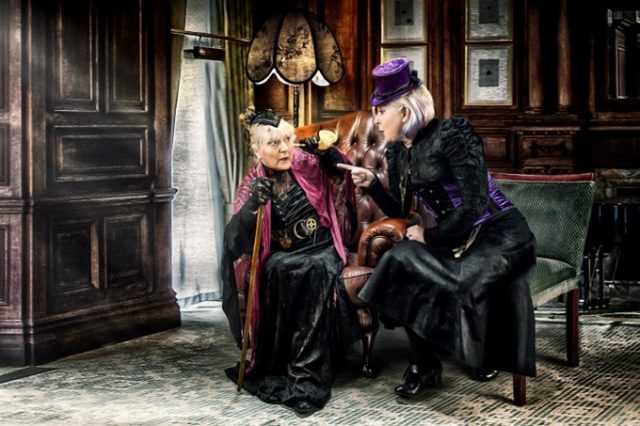 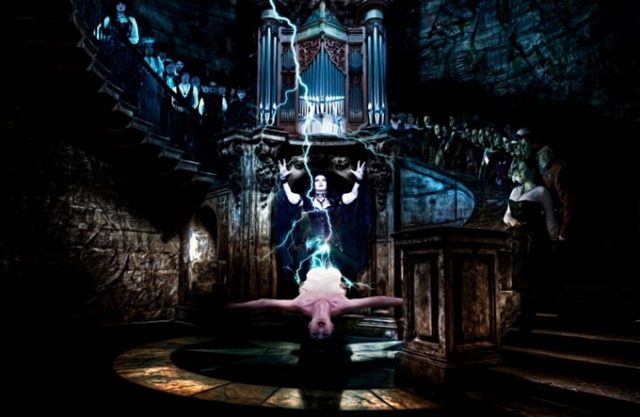 The Nemesis is Born. Photo courtesy of Gary Nicholls/Imaginarium Trilogy

Earlier in March, before the show’s official opening, Nicholls lit up the Shoreditch streets with pop up steampunk art. One reviewer said, “Nicholls has re-created locations we all know like Wesley’s Chapel and St. Paul’s Cathedral by knitting and layering them with computer magic in a way you’ve never seen before — creating an alternative reality with true absorbance.”

Steampunk has been derided as a passing fad by some. Nicholls points out it is not just maintaining its strength but growing.

“However, The Asylum started over 10 years ago with just around 400 attendees, last year it was over 100,000 and goes from strength to strength. This spring Timequake at Bowlers in Manchester enters its second year and combines Steampunk with Post Apocalypse and Steam Wars in zones around the center. I am not sure there is the next stage, it is just becoming bigger and bigger.” 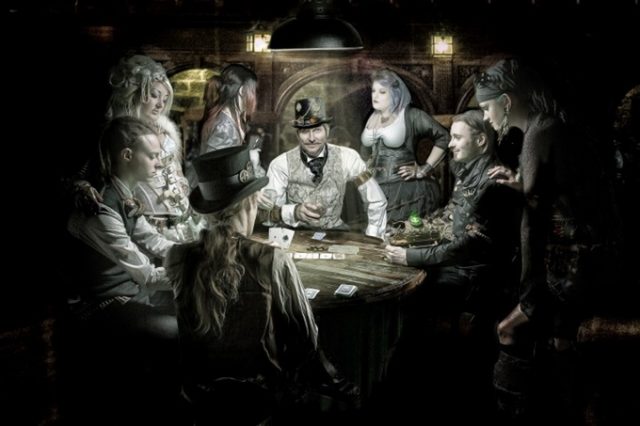 His next project is a series of pictures called the Human Zoo, featuring animals and a woman whose skin is the animal skin. “So for instance, I have a Cruella De Vil image where instead of a Dalmatian skin coat, her skin is Dalmatian and she is surrounded by Dalmatian puppies, while standing in front of her car. The project will feature giraffes, zebras, leopards, etcetera.”

Read another story from us: This Steampunk Victorian Home on Wheels is Filled with Remarkable Oddities

But Nicholls’ main project is the Imaginarium. “It will be another three years before the Imaginarium Trilogy is complete. So I  have my hands full!”