The Tomb That Inspired a British Icon

There are few things as iconic about Britain than the ubiquitous red telephone booths that can still be found in many corners of the country, as well as in current and former British colonies. However, it did not start out that way.

The first telephone booths appeared in 1921. Initially conceived to be used in the countryside, the design was a sturdy reinforced concrete structure designated K1 (Kiosk 1), painted in white and crowned by a spear-like wrought-iron finial.

Unfortunately for the General Post Office, it was not to the taste of the London Metropolitan Boroughs, who straight up refused to erect the new phone booths in their streets. 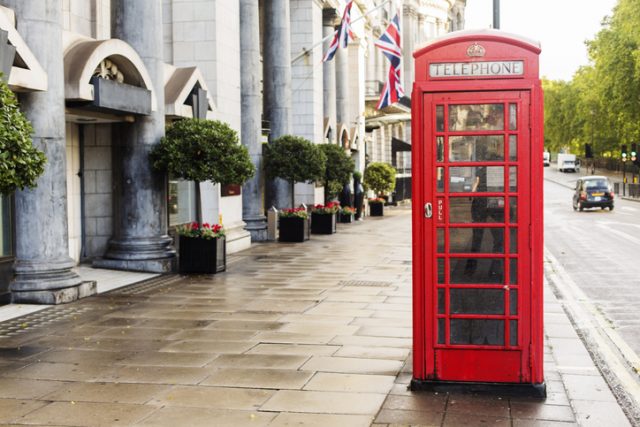 Red British phone booth on the streets of London

There ensued not one, but two competitions to find a new design, in 1923 and 1924. After disappointing results from the first competition, the Royal Fine Art Commission invited three renowned architects of the time — Sir Robert Lorimer, Sir John Burnet, and Sir Giles Gilbert Scott — to present their designs for a phone booth the London Metropolitan Boroughs may find satisfactory.

Scott was no stranger to architecture competitions, having been selected as the winning architect for the Liverpool Cathedral at the ripe old age of 22 after a similar contest in 1903. 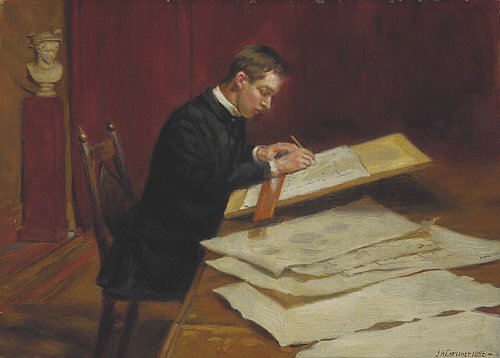 According to The Guardian, he drew his inspiration for the phone booth design from the monumental tomb of Eliza Soane, wife of architect Sir John Soane. The choice was not incidental as Scott himself had just become a trustee of Sir John Soane’s Museum.

The grave itself had been designed by Soane, who was also the architect behind the Bank of England, following the death of his adored wife who had passed away in 1815 in heartbreaking circumstances.

Eliza and John Soane had been married for 31 years when tragedy struck. In September 1815, two inflammatory articles bitterly criticizing Soane’s neoclassic architecture were published in a newspaper.

Eliza recognized them for being the product of none other than their youngest son, George, furious against his parents who let him be imprisoned for debt rather than bail him out, in the hope he would change his behavior. “These are George’s doing – he has given me my death blow – I shall never hold up my head again,” she cried. 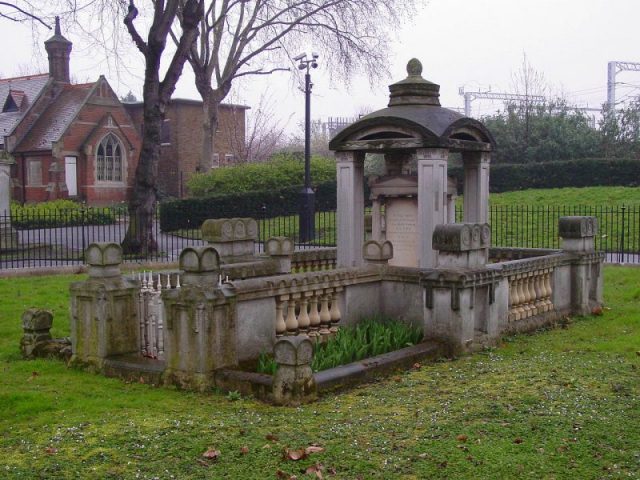 The dome of Eliza Soane’s mausoleum was an inspiration for the K2 design. Photo by David Edgar CC BY-SA 3.0

Eliza had been suffering from gallbladder issues for a while, which ended up being the cause of her untimely death on November 22, 1815. However, for Sir John Soane, George was the sole party responsible for the passing of his mother. In his grief, he framed two articles with a label: “Death Blows given by George Soane.” He never forgave his son.

Soane designed the grave himself in his characteristic style as a monument to his beloved wife. He was so attached to it that he displayed a model of the tomb in a prominent place near his dining table until his own death in 1837. He now rests alongside Eliza. 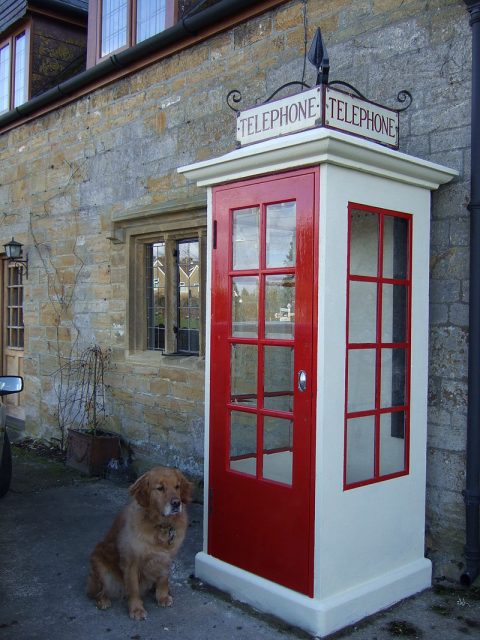 From the imposing tomb, Sir Giles Gilbert Scott pulled the neoclassic features that Soane was known for. With its distinctive domed roof, fluted architrave and decorative moldings, the phone booth, designated K2, was a success. Scott originally proposed a subdued silver exterior and blue-green interior. However, the General Post Office, to make the phone booths stand out in the urban landscape, chose red.

K2 made its debut in 1926 and 1,700 phone booths were installed, mostly around London, by 1936. However the design, constructed of cast-iron and resting on a concrete base, proved to be both too expensive to produce and too bulky to transport to spread nationwide. In 1929, Sir Giles Gilbert Scott designed a second version of the K2, designated K3. 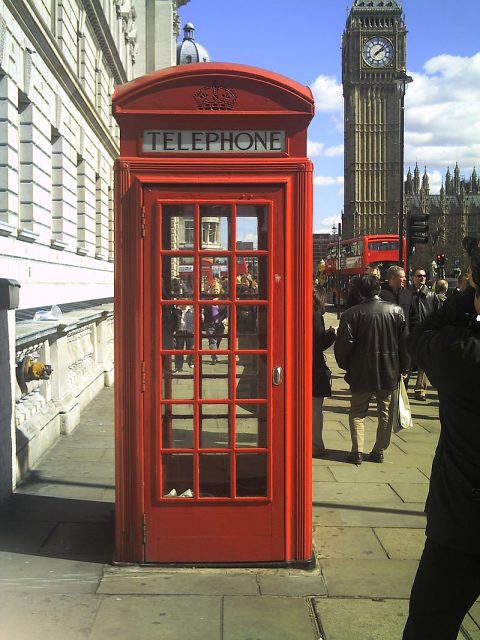 Made of concrete and a more discreet cream-color, the design was intended for more global use. The phone booth design continued to evolve to produce a sturdier and more cost-effective version.

Finally, in 1935, Scott designed the third version of his original phone booth to commemorate the Silver Jubilee of the coronation of King George V: the K6.

Read another story from us: Ancient DNA suggests the disappearance of Iberian men

Made of cast-iron again but 25 percent lighter, the design was a success and rapidly spread across the UK. By 1960, 60,000 iconic red booths could be found all over the country, making the humble kiosk one of the most recognizable symbols of Britain to this day.

Next time you find yourself in one of them, have a thought for the undying love of Eliza and John Soane.