The skeleton of a Tyrannosaurus Rex discovered in Canada has been confirmed as the largest ever discovered, according to a report by France 24. The skeleton was first uncovered in western Canada in 1991, and paleontologists have spent decades trying to painstakingly extract it and piece it together.

The colossal T. Rex was originally discovered by a high school teacher named Robert Gebhardt on a prospecting expedition in the Frenchman River Valley, in Saskatchewan Province, Canada.

He had joined the expedition in order to learn how to find and identify fossils, but among his initial discoveries were a tooth and vertebra from what appeared to be an enormous T. Rex. The initial excavations were undertaken by a team of paleontologists led by Tim Tokaryk, who named the specimen “Scotty” as a nod to the bottle of fine Scotch whiskey consumed on the night of its discovery. 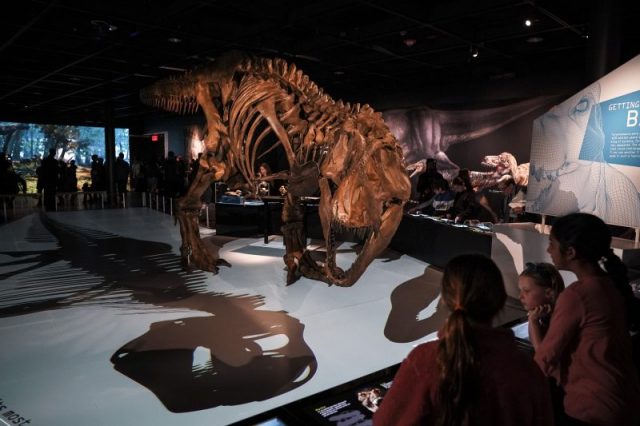 From an early stage, it was clear that Scotty was an extremely large example of T. Rex, but the team did not realize just how large until they were finally able to piece the skeleton together.

According to France 24, the decades-long process of extracting and reconstructing Scotty was extremely difficult. For 28 years, a team based at the Department of Biological Sciences at the University of Alberta has been painstakingly removing the hard sandstone in which the skeleton was embedded. 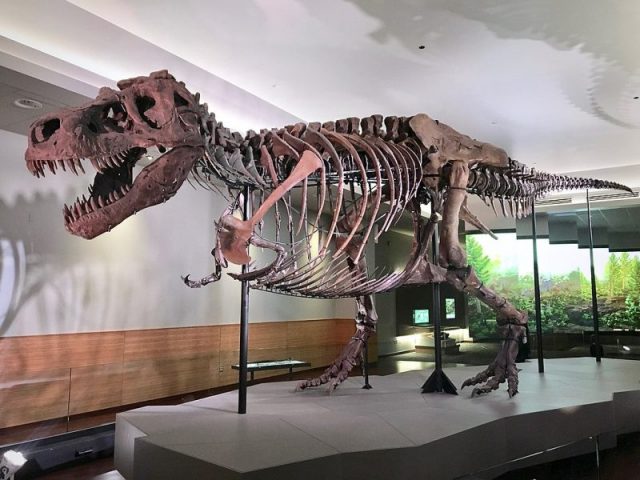 Scott Persons, a postdoctoral researcher in the Department of Biological Sciences at the University of Alberta and lead author of a recently published study about Scotty, told CTV News that extracting the bones was a very difficult process indeed. He compared it to chipping away at cement that was encrusting the fragile bones. In order to ensure that the skeleton was carefully preserved, each fragment of sandstone had to be delicately removed, piece-by-piece.

Once this laborious task was complete, the team was able to reconstruct and analyze the skeleton. Scotty is one of the best-preserved T. Rex specimens in existence, with over 70 percent of the skeleton unearthed. However, he is particularly special for a number of other reasons. Scotty measured a remarkable 13 meters long, and probably weighed more than 8,800kg. This makes him at least 400kg heavier than his closest rival, Sue, discovered in South Dakota in 1990. 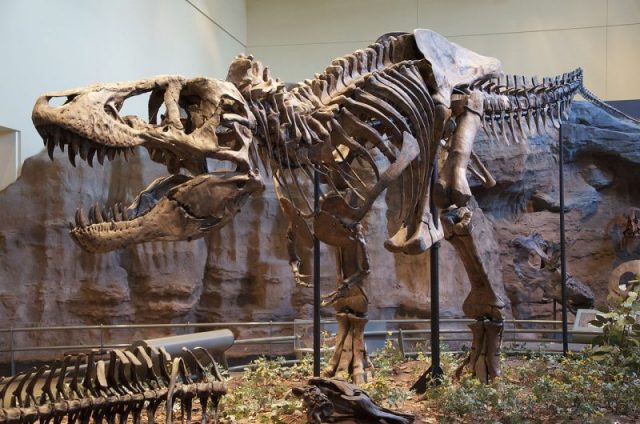 According to France 24, Scotty is also the oldest T. Rex ever to have been discovered and was in his early 30s at the time of his death. Prior to this discovery, the oldest known T. Rex was “Trix”, discovered in Montana in 2013, who appeared to have lived to the age of 30.

The discovery of Scotty offers a fantastic opportunity for paleontologists to develop an understanding of the physiology and life of the T. Rex. In particular, it demonstrates that there was considerable variability in size and shape within the species.

According to Channel News Asia, Persons commented, “There is considerable size variability among Tyrannosaurus’. Some individuals were lankier than others and some were more robust. Scotty exemplifies the robust.” He dubbed Scotty the “rex of rexes.” 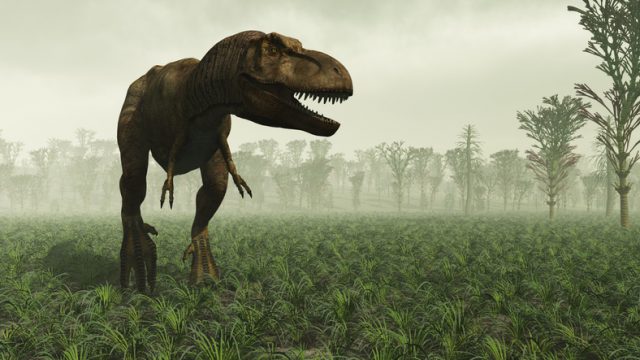 Artists impression of T-rex in the wild, with prehistoric Horsetail carboniferous trees in the background

Scotty’s age and size are particularly remarkable, but according to Persons, he also seemed to have led a difficult life. His skeleton is marked with signs of struggle, disease, and violence, and he sustained many injuries over the years.

At some point during his life, he suffered from a jaw infection, sustained several broken ribs, and even bore the marks of a possible bite from another T. Rex on his tail.

Read another story from us: Fossil trove discovered in China

After so many years of painstaking work, the team is finally ready to reveal Scotty to an international audience. The fully reconstructed skeleton will go on display at the Royal Saskatchewan Museum in May 2019.