Epic TV Drama based on Disappearance of Richard the Lionheart

What happens when a king goes missing? An epic new TV series will dramatize the power struggle which flared in Europe after Richard the Lionheart mysteriously disappeared in the 12th century.

The series is titled Three Lions and has been created by Nicolas Deprost, CEO of Franco-Belgian production company Wild Horses. Nigel Williams (HBO’s Catherine The Great) has been hired to write the 10 parter.

As quoted by Deadline, publicity states, “Richard the Lionheart’s absence and suspected death has created a power vacuum, Arthur his designated heir by law, is being denied his rightful place as King of England by his own grandmother, Eleanor of Aquitaine (Richard’s mother).” 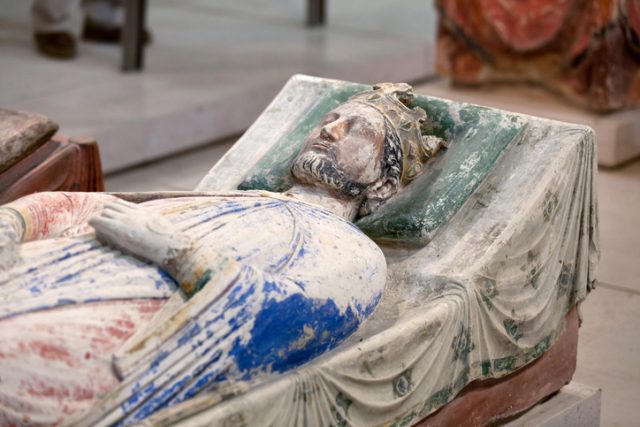 Tomb of Richard the Lionheart

Inter-family conflict is something that characterizes Richard’s bloodline. His father was Henry II, who Richard previously fought against — alongside France’s Philip II — in a battle for dominance.

Eleanor “has no intention of relinquishing any of her power and influence. If Richard is dead, Eleanor is determined that her next son, John Lackland, will be crowned King and her status as the Regent Queen will remain unchallenged.” This not only sets her against King Philip but also Constance, Arthur’s mother, who rules the roost over in Brittany.

The blurb ends by summarizing what viewers have in store. “Eleanor and Constance are two powerful, independent and driven women who will stop at nothing to place their own son on the throne. Only one can become the King of England.” 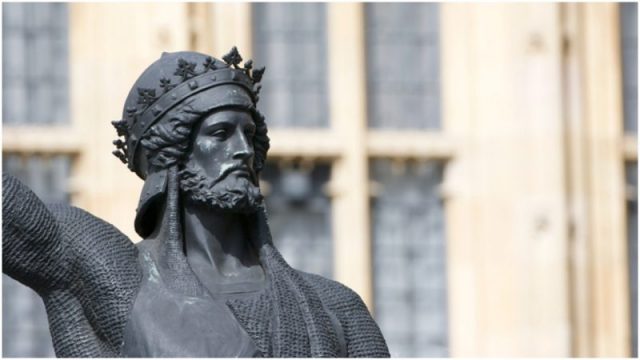 Despite Richard being a presence in the story, it appears the focus of the drama will be the simmering tensions back home. Deprost comments that, “Loyalties, rivalries, lust, conspiracies and the thirst for power are often the focus of history, but Three Lions also shines a light on powerful women in the medieval period and the strength of a mother’s love.”

He highlights this by adding, “Constance is not well known in British history, but this passionate, liberal, strong-hearted Duchess played a crucial role in shaping England and France as we know it today.”

But will King Richard himself appear in proceedings? The Lionheart, or “Coeur de Lion” was a central figure of the Third Crusade (1189 – 92), taking on Saladin, the first Sultan of Egypt and Syria. Richard spent more time abroad than he did ruling over England, living in the country of his reign for a mere matter of months. 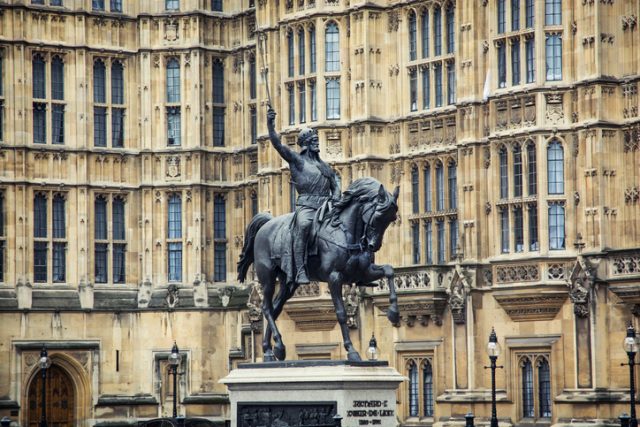 Richard the Lionheart statue. It stands on a granite pedestal in Old Palace Yard outside the Palace of Westminster, London.

Born in Oxford to French parents in 1157, it seems didn’t have much time for the place. The website Historic UK writes, “it is doubtful that he could actually speak the English language. He once remarked that he would have sold the whole country if he could have found a buyer.”

If he does appear onscreen, Richard should cut an impressive figure. “Richard was tall, perhaps 6ft 5in, with red-to-auburn hair and piercing blue eyes,” wrote History Today. “He had a sense of humour and, according to a disapproving clerical chronicler, could keep his companions in fits of laughter. He could be kind, charming and generous, and alternatively ruthlessly cruel, and like all his family he had a fearsome temper.”

What of his whereabouts during the course of Three Lions? It turns out the King was shipwrecked off the capital city of Trieste, in the Friuli Venezia Giulia region of northeast Italy. It sounds scenic, but he didn’t have a great time. 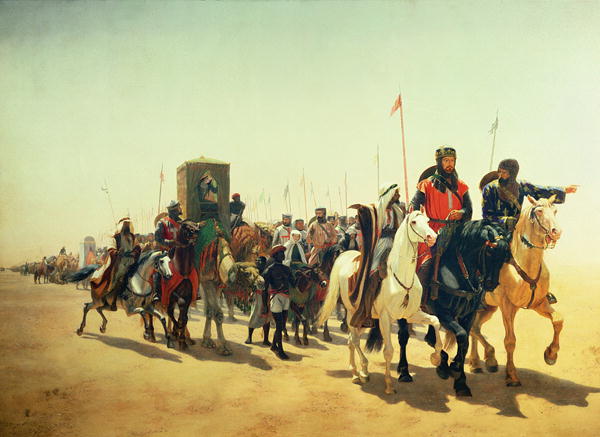 Richard the Lionheart marches towards Jerusalem, by James William Glass (1850)

He was first imprisoned by the Duke of Austria and then ransomed by Germany’s Henry VI at a major cost to the public purse. A “quarter of every man’s income for a whole year” was needed to meet the cost of an eye-watering 150,000 marks.

After returning to England in 1194, he saw out the remainder of his days in typical fashion. Having been “crowned for a second time, fearing that the ransom payment had compromised his independence” according to BBC History, he “went to Normandy… His last five years were spent in intermittent warfare against Philip II. While besieging the castle of Châlus in central France he was fatally wounded and died on 6 April 1199.” 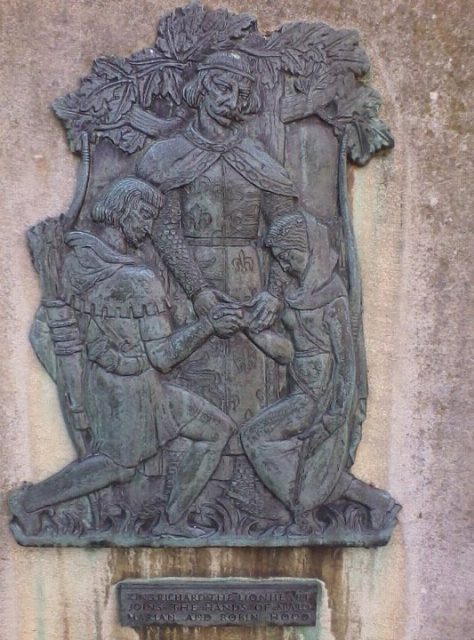 All this would be enough for a TV show in itself — indeed, ITV in the UK produced a Richard the Lionheart series in 1962-63 starring Dermot Walsh. For this tale however producers are aiming for Game of Thrones-style intrigue. No casting has been announced as yet.

“The Middle Ages is painfully close to us, and, at the same time, a completely foreign country of which we know nothing,” Williams remarked. “For a writer, this period is both a gift and a challenge – and one I am happy to embrace.”

Three Lions is reportedly going into production next year.

« The mythology behind Game of Thrones White Walkers
Why 30,000 Keys have been Left Behind at one of America’s Most Historic Inns »