Times Square got a major dose of nostalgia over the weekend when a classic plane parked up to relive old memories. Of course the 1958 Lockheed Constellation L-1649A Starliner, or “Connie” for short, never landed in the middle of the city. But a famous eight storey billboard advertising it became a fixture there in the latter half of the Fifties.

This stylish publicity stunt is to promote director Peter Rosen’s documentary The Rebirth of the TWA Flight Center. At the core of the film is the building of the new TWA Hotel, set to open in May.

The hotel replaces and pays homage to the old Flight Center, itself inspired by the Connie. Designed by Eero Saarinen and based at JFK International Airport, the wing-shaped terminal closed in 2001 after a company takeover by American Airlines. 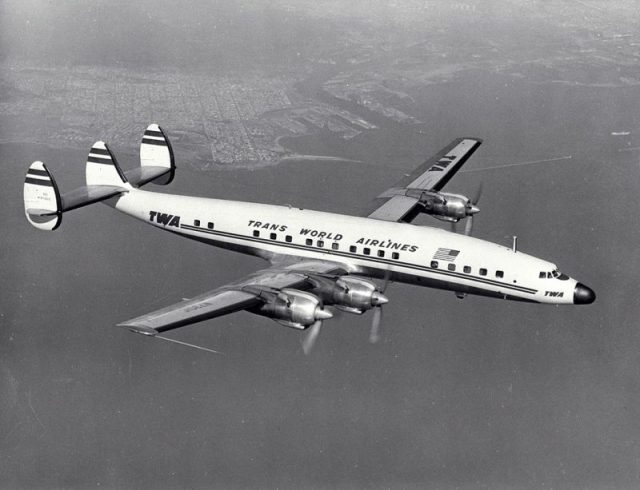 The plane’s fuselage arrived from Maine, where it had been painstakingly restored. From there it returns to JFK, where it will be turned into a retro cocktail lounge out on the tarmac.

Restoration work was performed by Atlantic Models and Gogo Aviation and took around a year to complete. TWA Hotel (whose developer MCR/MORSE bought the plane) outlines the process of “tracking down authentic parts, installing flooring and windows, and outfitting the cockpit with controls”.

But long before its current status as a novelty lounge area, it was an airborne sensation. Work on the Constellation began at the end of the Thirties, following an idea put to the Lockheed Corporation by aviator and showbusiness legend Howard Hughes. He wanted to create a fleet of ground (or should that be air) breaking planes. 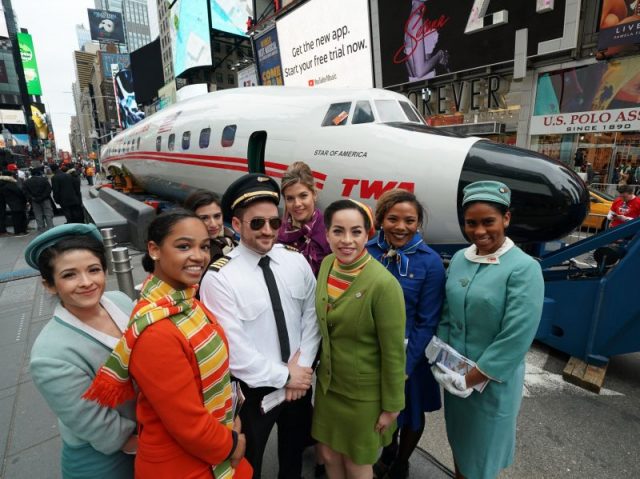 The Lockheed Martin website describes the project as “commercial aviation’s first coast-to-coast, non-stop service.” This then developed into “the company’s first large transport, one that ‘would carry more people farther and faster than ever before, and economically enough to broaden the acceptance of flying as an alternative to train, ship and automobile,’ said (chief research engineer Kelly) Johnson.”

Such was the buzz around the Connie that the military got involved at an early stage. They were drawn to innovative features like “the first hydraulically boosted power controls, aviation’s equivalent of power steering.” It was also “faster than most World War II fighters at 350 mph.” The new plane’s debut test flight was for the army, before a single passenger sipped a Martini.

Hughes still managed to play with his toy, breaking a transcontinental speed record in 1944. “The Connie averaged 331 mph, flying nonstop in six hours, 57 minutes, and 51 seconds on this flight,” writes Lockheed Martin. Two years later and it was open to the public as a commercial aircraft. Meanwhile the brand kept adjusting and refining itself. By 1951 the Model 1049 Super Constellation had flown onto the scene. 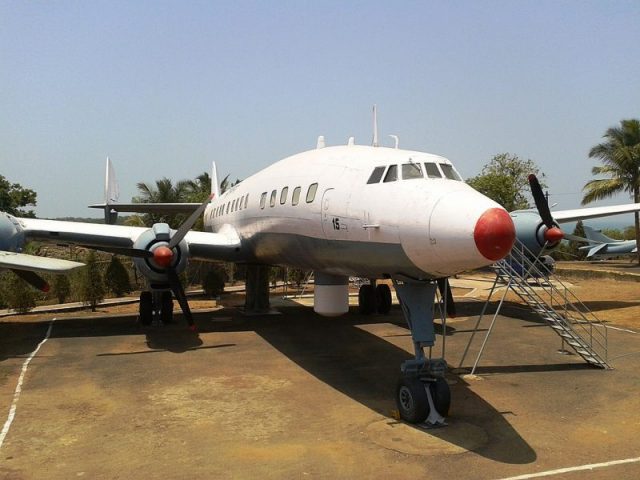 A less prestigious chapter in the Connie’s history concerns being “used as a marijuana dropper by South American drug traffickers” according to the Daily Mail. Despite this blip on the radar, the plane is renowned for its versatile nature and its track record of success with both commercial airlines and the military, and other uses such as spraying crops.

The 1958 example which stopped off in New York comes from the tail end of Constellation production. In 1959 the journey ended and the Connie was overtaken by the Boeing 747. Its last hurrah in many ways was the Times Square billboard, an elaborate display which pulled out all the stops. 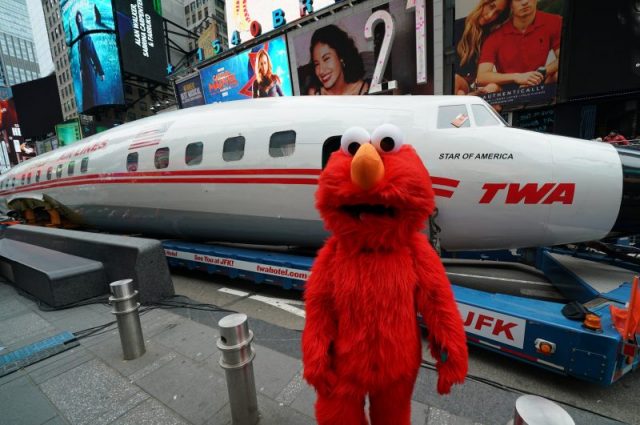 “In addition to a two-fifths scale Connie model with a working propeller,” the TWA Hotel site writes, “the billboard had 20,000 lightbulbs and 50 miles of electrical wiring for a total electrical load of ½ million watts!”

The reunion between the airplane and the Big Apple was accompanied by actors in vintage attire and a “Queens or Bust” notice on the back. And for extra fun the vehicle was given a parking ticket!

Read another story from us: Switzerland’s Smallest Mountain Village is to be Converted to a Hotel

While the Connie is very much grounded for the rest of its life, it will go on to be a major talking point of the hotel and remind passengers of a time when air travel was the coolest game in town.

« At 187, He Is The Worlds Oldest Animal On Land
Women Olympics Began with Female Athletes Organizing it Themselves »