A 14-year-old schoolboy who volunteered to help out at an archaeological dig in Glasgow found one of a set of gravestones from the Middle Ages that have been lost to historians. Mark McGettigan’s discovery at Govan Old Parish Church led to two more sculpted gravestones being found.

They are known as the Govan Stones, dating to the 10th and 11th centuries. The Govan Stones, part of a wider collection of carved gravestones, were known to have existed, but historians and archaeologists lost track of their whereabouts when a nearby shipyard was demolished more than four decades ago. 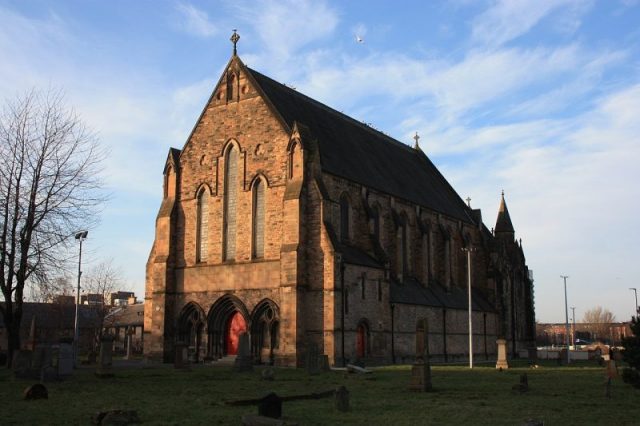 Archaeologists had feared the decorated stones, which had for years stood against a wall of the churchyard, were destroyed. The carvings are from the ancient kingdom of Strathclyde.

“They hail from the time when the area was a political and religious power centre on the Clyde and now form part of the nationally important Govan Stones collection,” according to The Scotsman.

Rival warlords were battling for control of the British Isles during this period, and against marauding Viking forces. At the time, Govan was the religious center in the Kingdom of Strathclyde. 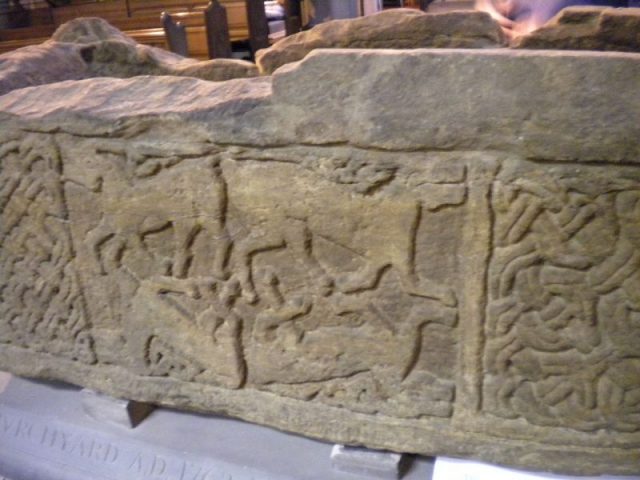 Carvings on the side of the Govan sarcophagus

A total of 46 of the stones were found in the 19th century and 31 of them were taken into the church for safe-keeping, said the BBC. Among the remains kept there is a sarcophagus which is thought to have contained the remains of King Constantine, who was made a saint.

The find has been hailed as the most exciting of its kind in the last 20 years that relates to the old kingdom. McGettigan, a student at Lourdes Secondary School, was helping out with an archaeological survey of the area when he made the discovery.

The budding archaeologist said he was “ecstatic” after his find was confirmed as being the missing Govan Stones, said The Scotsman. He told the BBC: “I was just prodding the ground to see if there was anything there and suddenly it made a noise and I realized I had hit something. Myself and two of the archaeologists worked out the area of the object and started to dig it out and clean it. I wasn’t too sure at the start what it was. But then we checked with the records and we realized it was one of the lost Govan Stones.” 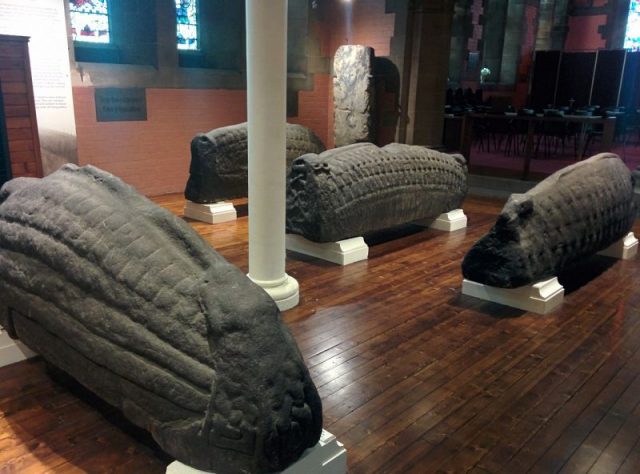 The Stones and Bones dig was led by Northlight Heritage for the Govan Cross Townscape Heritage Initiative and the Glasgow City Region City Deal. Ingrid Shearer, of Northlight Heritage, said the volunteers “toughed it out through rain and snow over the past few weeks and their hard work and commitment has really paid off. Govan Old is the oldest churchyard in Scotland and we hope that this find will give a boost to plans for the future.”

Strathclyde was a native Briton kingdom that, from about the 6th century, had extended over the basin of the River Clyde and nearby western coastal districts. 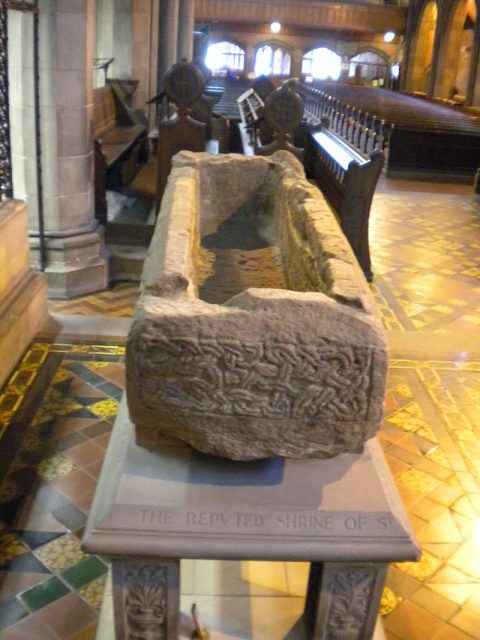 Its capital was Dumbarton, “fortress of the Britons,” then known as Alclut. The name Strathclyde was not used until the 9th or 10th century. Converted to Christianity in the early 6th century, the people of Strathclyde, in alliance with the Cumbrians, later in the century went to war against the still-pagan Anglo-Saxon kingdom of Bernicia (later part of the larger kingdom of Northumbria).

Strathclyde suffered defeat in the 8th century. The Vikings destroyed Dumbarton in 870 and the kingdom became subjects of the Anglo Saxon kings in the 10th century.