Gift giving is a wonderful thing: getting something you’ve always wanted, sometimes you get to see someone’s joy upon opening what you got them. But what about when gift giving goes wrong? What if it didn’t come with a gift receipt? Do you keep it?

In 1967, the Vietnam War had been in full swing for over a decade already. Many Americans wanted to do whatever they could to get the violence to stop, including the President of the United States of America, Lyndon B. Johnson.

After attending a funeral in Australia, President Johnson inexplicably opted to postpone his trip back to America in mid-December. Air Force One continued on to Thailand and Vietnam, visiting U.S. troops stationed there, and even to Pakistan to meet with President Ayub Khan.

The suspected real reason of prolonging the trip, though, was the penultimate visit just two days before Christmas. After meeting with Italy’s President and Prime Minister, President Johnson was welcomed by the head of the Catholic Church.

It goes without saying that peace was a desperate hope for Vietnam. The conflict wouldn’t end for another eight years yet, but in 1967, LBJ was hoping he may be able to enlist one of the world’s most influential figures to extend an olive branch to eastern affairs. 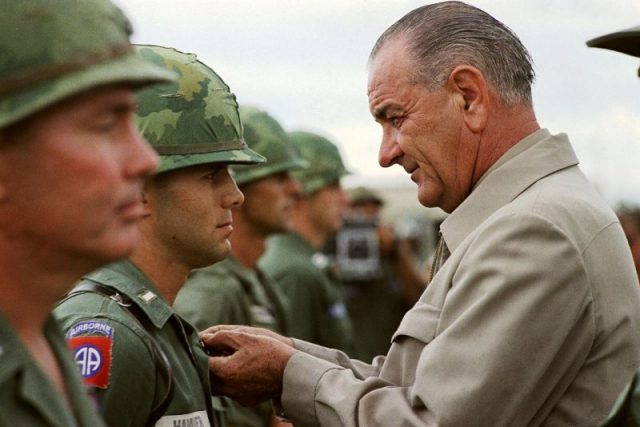 Despite the questionable landing by a pushy American, setting down a helicopter right in the Vatican’s front garden, the two men established the closest relationship to date between the Bishop of Rome and an American President. This is perhaps seen best during a ceremony in which they exchanged Christmas gifts. They didn’t simply fill each other’s stockings with chocolates and new socks, however. 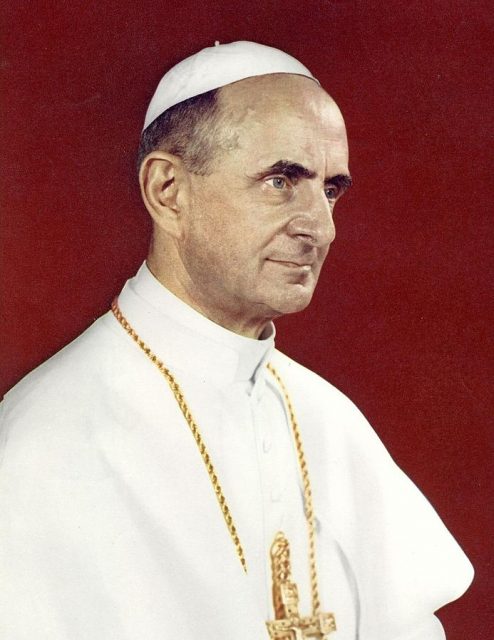 President Johnson had the good fortune of receiving an elaborate oil painting which dated back to the 15th century. It featured an appropriate Christmas theme: the nativity scene. The Virgin Mary, Joseph, and newborn Jesus are depicted in the manger, being watched over by angels.

The Pope, in return, was graced with the reception of a bronze bust of the American president. The current American president. Yes, Lyndon B. Johnson handed over a statuette carved in his own likeness to the head of the Catholic Church. Needless to say that the Pope, solidly and understandably bemused, along with others present at the gift exchange were surprised and entertained. 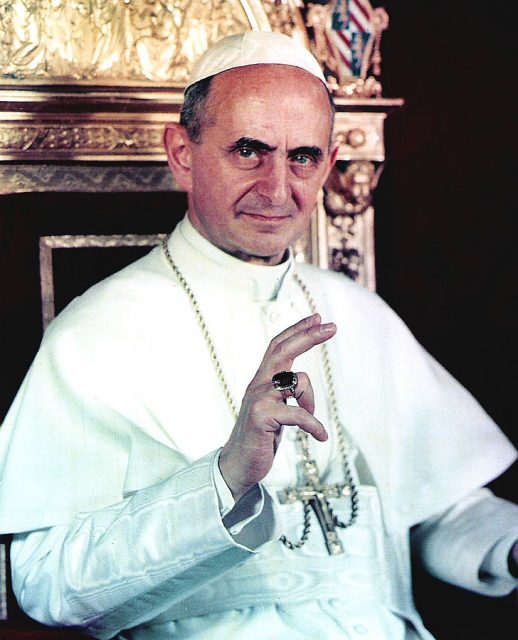 Perhaps even more strange than the gift itself was the fact that President Johnson had not one, not two, nor three made, but “something like two hundred busts of himself,” said James Symington, the State Department’s Chief of Protocol at the time. “To make a mass-production gesture really boggles the mind.”

The Pope, therefore, wasn’t the only recipient of the bust. As the President traveled the holiday season from Australia westward, he canvassed his meetings with this bizarre gift. Leaders across South East Asia were all presented one of the statuettes. They came in different colors and the president himself would decide who got white, who got bronze, and so on. 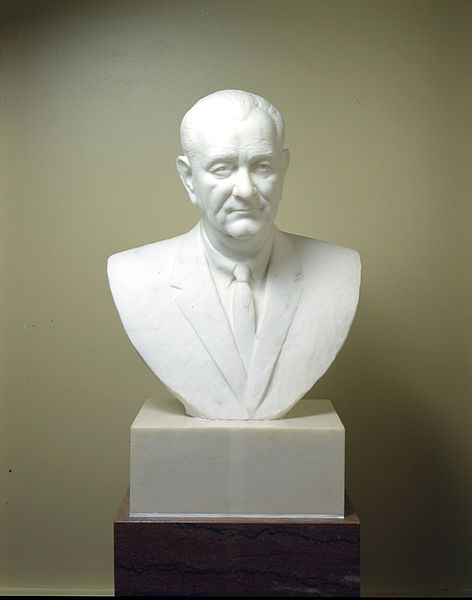 It’s hard to say what became of these gifts. Tenuous and ever-changing relationships with other countries could have decided which world leaders decided to keep theirs.

Read another story from us: The Youngest Pope in History Might Have Also Been the Worst

As far as the Pope goes, there is no official record of what he did with his Christmas present. It could have been tossed the day after President Johnson left, or Pope Paul could have admired the bust for years to come. One thing is certain: it is not a collector’s item, and fate dictates that there must still be at least one copy out there.

« Earth has Another Continent Called Zealandia – Only 6% of it is Above Water
Mummified Mice Found in Colorful 2,000-year-old Egyptian Tomb »