The Great Romance that Never Was: Louis Mountbatten and Maria Romanov

It was love at first sight but was not to be. The story of Louis “Dickie” Mountbatten (uncle of Queen Elizabeth II’s husband, Prince Philip, mentor to Prince Charles, and namesake to Prince William and Kate Middleton’s youngest son) and the Grand Duchess Maria Romanov, daughter of Tsar Nicholas II and the Empress Alexandra of Russia, is one of the most tragic “If only …” footnotes in history.

Maria Romanov would be executed at the tender age of 19 — she and her family casualties of the Russian Revolution. Louis Mountbatten would be murdered at the hands of the IRA, decades later. 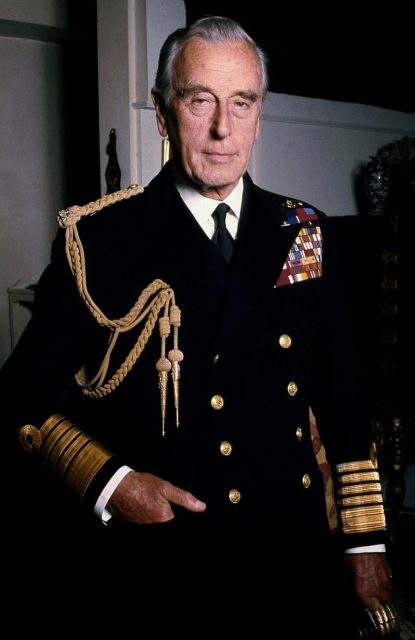 His family had close ties to the Russian royals: His father was a first cousin to Tsar Nicholas II of Russia; his mother, Victoria, was the older sister of Nicholas’s German-born wife, Alexandra. That made the Romanov children Mountbatten’s first cousins. 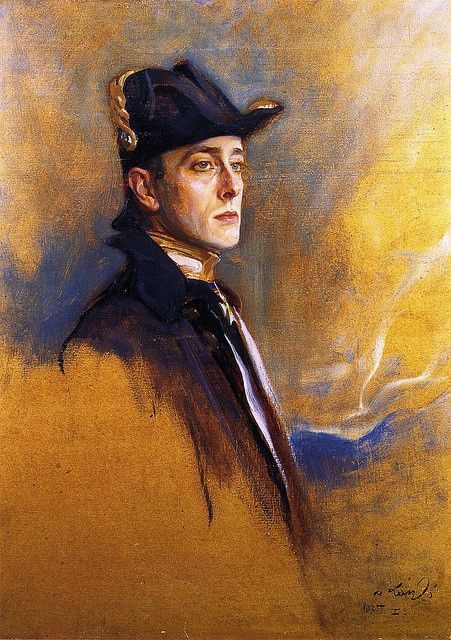 Her Imperial Highness the Grand Duchess Maria Nikolaevna of Russia entered the world in 1904. She was the third of the couple’s five children.

As the middle child, Maria might have gotten lost among her other siblings: the strong-willed Olga, the sophisticated Tatiana, the effervescent Anastasia, and the youngest and long-awaited heir to the throne, Alexei. But Maria made her mark as the family beauty, with chestnut brown hair and enormous blue eyes, known as “Maria’s saucers”. 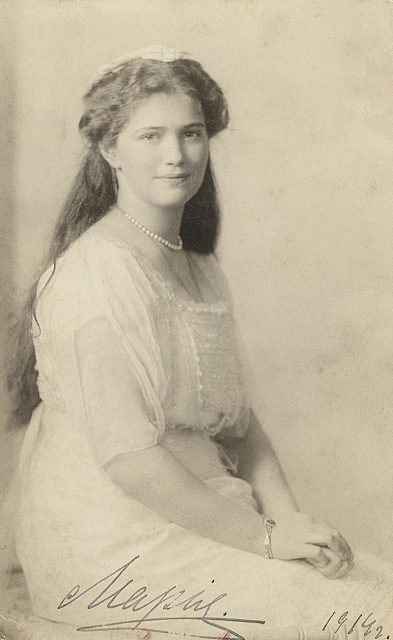 Gleb Botkin, son of the family physician, called Maria “…admittedly the prettiest of the four — a typical Russian beauty, rather plump, with cheeks red as apples.” Yet as lovely as she was, Maria’s kind-hearted disposition made an even more indelible impression on those around her. Take an in-depth look with this video:

She was unpretentious and kind, often caring for her frequently ailing mother and haemophiliac brother. She was also something of a flirt, years later reveling in the attention of the young sailors on the royal yacht. 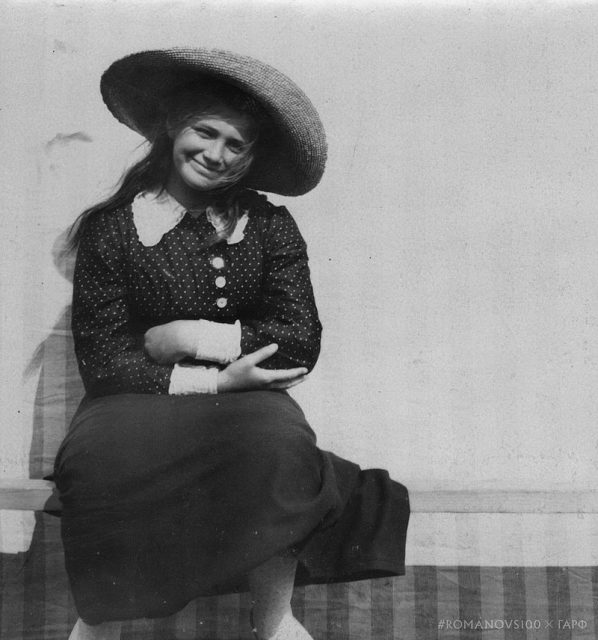 Louis Mountbatten and Maria Romanov would cross paths in 1910, at a family gathering in Germany, attended by the Romanovs and the families of Alexandra’s sister Victoria and her husband Louis of Battenberg (Louis Mountbatten’s mother and father). Louis was 10, Maria was 11.

The young boy, it is said, was instantly taken with the Grand Duchess and her sisters. “Oh, they were lovely, and terribly sweet, far more beautiful than their photographs show,” Mountbatten was quoted as having said, in the biography Mountbatten: Hero of Our Time by Richard Hough. “I was crackers about Marie, and was determined to marry her. She was absolutely lovely. I keep her photograph in my bedroom — always have.” 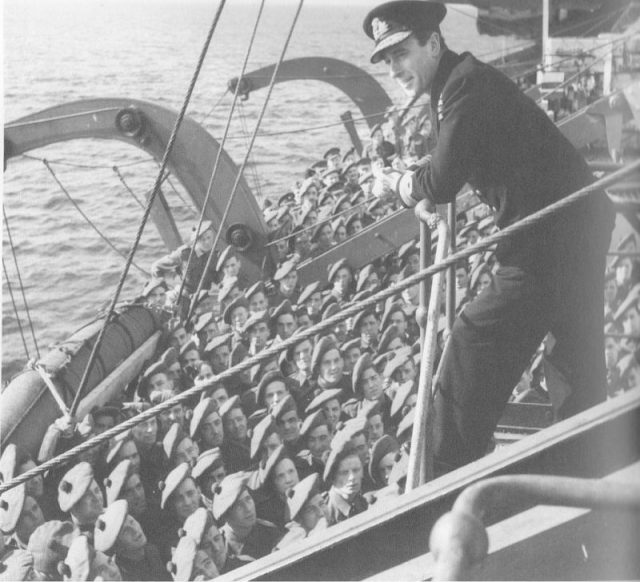 The young Mountbatten would never see his beloved Maria again, but in a touching side note, his older brother George, a Royal Navy officer, would travel to Russia in 1914.

While there, he had a chance to spend time with the Romanov family. Another sister, Tatiana, would catch his eye, and the two would correspond with each other over the next several months. George would marry another: Countess Nadejda de Torby, the daughter of Grand Duke Michael Mikhailovich.

Their first child, a little girl, was born in 1917, while the Romanovs were being held under house arrest. Presumably, as a nod to his friend, the couple named their child Tatiana. 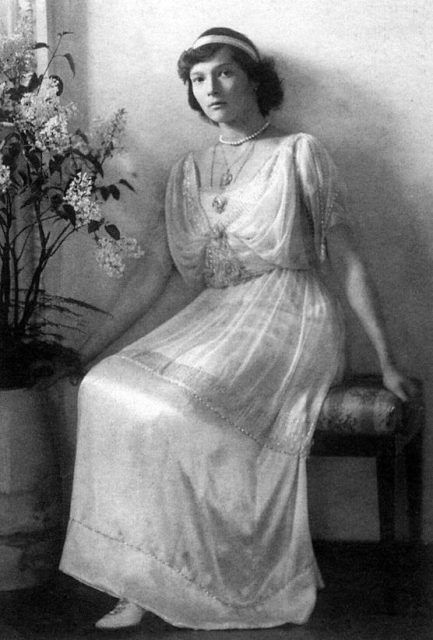 As the Romanov family was swept aside by the Revolution, young Mountbatten, then 16, eagerly awaiting news of their fate. Decades later, during a 1969 interview, Mountbatten recounted, “We had very little news of the family after the Bolsheviks took over. We all hoped that they would ultimately be sent into exile, but we feared the worst. Even when it happened, it was a long time before we heard the details, which were quite horrible …”

Horrible, indeed. In the early morning hours of July 17, 1918 the Royal Family was taken to the cellar of the house where they were being held captive. 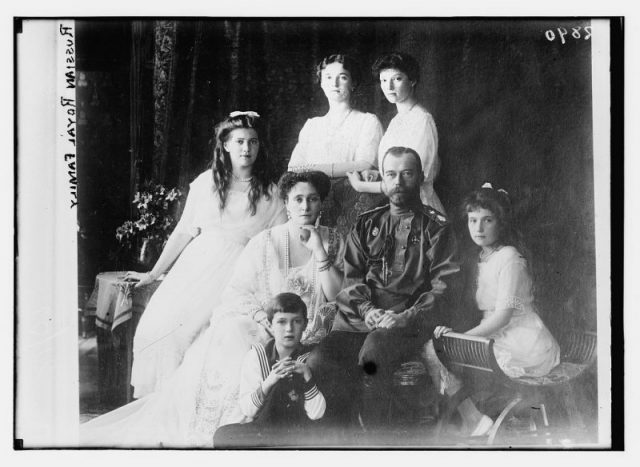 There, they were savagely shot and bayoneted to death by Bolshevik guards. Mountbatten, upon receiving the news, was devastated, and he would forever carry the memory of the beautiful, sweet-natured Maria with him. In fact, it’s said that when Mountbatten visited the Soviet Union in 1975, visiting the palaces of long-ago Imperial Russia where the Romanov’s had once lived, he spoke “endlessly” of Maria.

Four years later, at age 79, Mountbatten would be assassinated by IRA terrorists who had planted a bomb on his fishing boat. He was given a state funeral at Westminster Abbey, with Queen Elizabeth in attendance and Prince Charles — the young man he had mentored to manhood — offering a reading of Scripture during the solemn service. 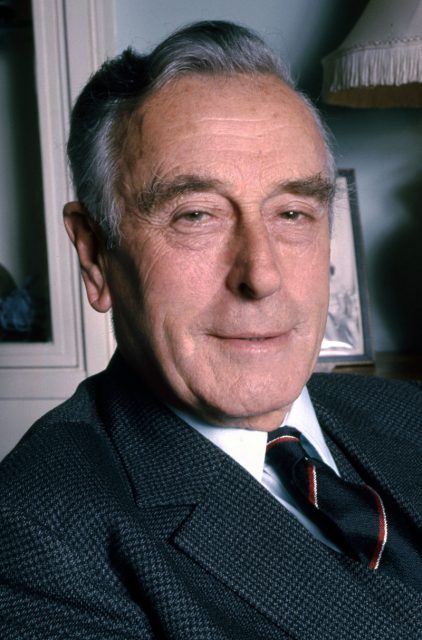 The remains of the Grand Duchess Maria, along with her younger brother Alexei, wouldn’t be unearthed until 2007, some 90 years after their brutal execution, in a wooded area outside of Yekaterinburg.

Read another story from us: Last of the Tsars – The Vicious Final Night of the Romanov Family

The bodies of the other members if the Russian Royal family had been discovered a decade earlier and re-buried in the family crypt in St. Petersburg. But those of Maria and Alexei reside in a laboratory awaiting DNA tests, by order of the Russian Orthodox Church, as proof of authenticity.