Established in 1904, the Haskell Free Library and Opera House isn’t often listed as one of the most popular tourist attractions in the world, but it definitely is unique and interesting in its own right. This beautiful neoclassical building was built as an homage to the late Carlos Haskell by his wife and son, who wanted to create a center for learning and cultural enrichment for their library guests.

While the library does boast an extensive collection of books, that’s not always the only reason why it sees visitors. Inside this humble library, tourists have the opportunity to stand in two places at once, with the US-Canada border clearly marked out on the facility floor. Yes, this century-old point of interest was established to deliberately straddle the border that separates the USA and Canada, making it an exceptionally unique venue. 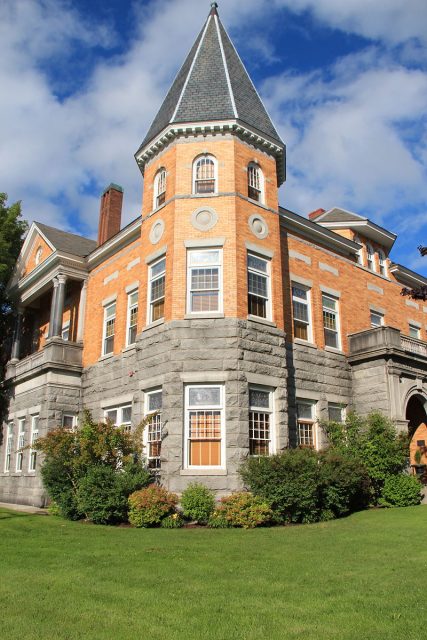 According to the Huffington Post, the library’s position on the border was no coincidence. The woman behind the idea — Martha Stewart Haskell — thought that establishing the library on the border was a romantic symbolism of her relationship with her late husband who was an American merchant in the border community. Martha herself was Canadian.

The building was designed by two architects, one Canadian, and one American, and the team of masons who worked to erect it came from either side of the border. Haskell designed the building to be a gift to both American and Canadian communities, thus its intriguing location in both Derby Line, Vermont, and Stanstead, Quebec. 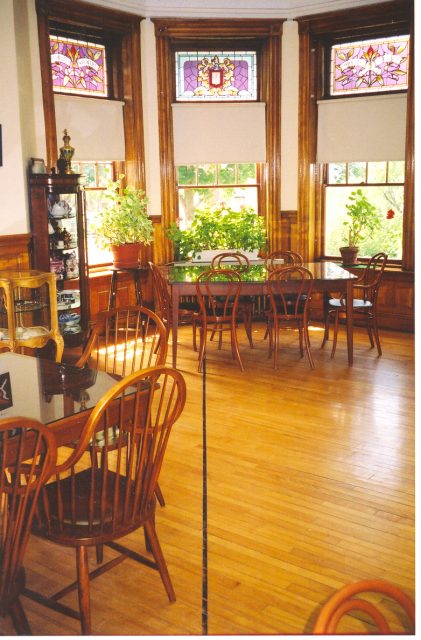 The international boundary is marked as a black line on the floor of the reading room of the Haskell Library. In this picture, Canada is on the right side of the line and the United States is on the left. Photo by Haskell Free Library and Opera House CC BY-SA 3.0

The library’s main entrance is positioned on the US side, however Canadian residents are provided an entryway from their side of the border. Inside, the line that demarcates the separation of the two countries is clearly marked out in a thin strip of black paint over the light wooden floors. Do guests need passports or identification to move around the library? No. Visitors are encouraged to enjoy the unique experience the library provides by being allowed to mingle freely inside the premises without the need for identification.

However, the border inside the library is very real and enforced. Which means that guests are required by law to return to their side of the border after a visit. Anyone who is caught passing through may be subject to steep fines and penalties. 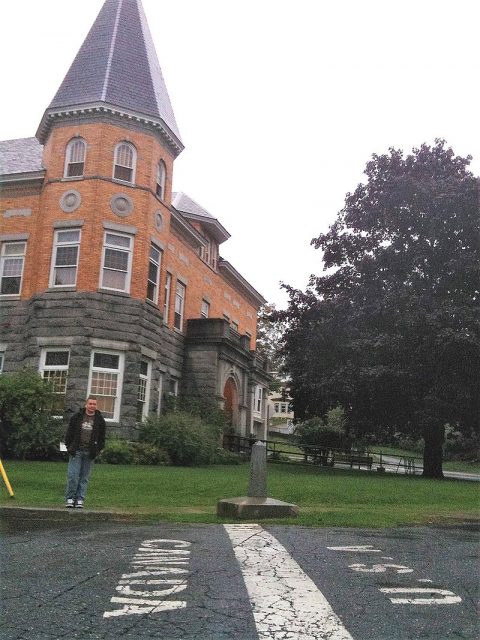 But what about the surrounding areas? The library was designed so that it’s the only way guests can pass over the border in the premises. Outside, the border is fenced and guarded to ensure the normal checks for those crossing over to foreign soil. Aside from becoming a small, treasured tourist destination for its geographical position, the Haskell Free Library and Opera House is also known for quite a few interesting quirks.

Condé Nast Traveller reports that it’s the only library in the United States without any books. Similarly, it’s also the only opera house in the US without a stage. Why? Although books and stage exist inside Haskell, the mere fact that they are positioned on the Canadian side makes room for this interesting and somewhat comical technicality. 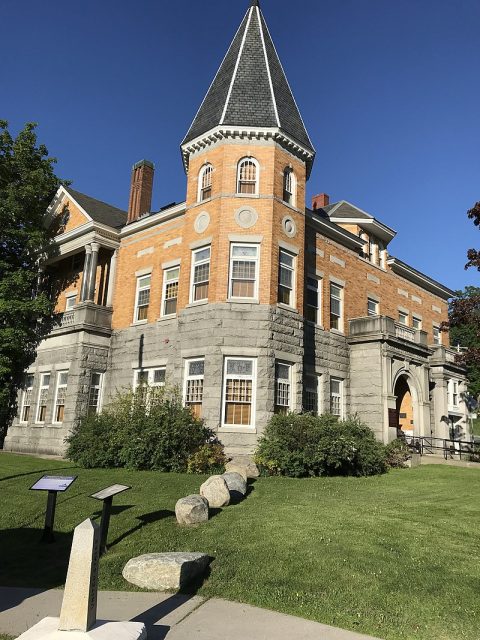 According to a report by Public Radio International, the library has recently been used as the venue for emotional reunions between families separated by the recent travel ban imposed by President Trump. Iranian nationals seeking to meet with family based in the US have used the library as their chosen venue because of its ideal location.

This has sparked increased interest among tourists, making the Haskell Free Library and Opera House a rising star in the world of travel destinations. While many could only ever dreamed of being two places at once, Haskell makes it a reality thanks to Martha Stewart Haskell’s unique idea and gesture of love.

« See what the ‘Old’ World Looked Like on the Largest Medieval Map in Existence
Inside the World’s First Known Temple – 6,000 Years Older than Stonehenge »