Because of media portrayals in movies like The Wild One (1953) or TV shows like Sons of Anarchy, motorcycle clubs are tarred in the public psyche with a bad reputation. But the Motor Maids of America worked to convey a different image and create a community of women riders.

The club, now Motor Maids Inc., was founded in 1941 by Linda Dugeau and Dot Robinson. It was the first all-women motorcycle club in North America. As described in a 1986 Los Angeles Times article, this club was founded to show that “women who ride motorcycles can be above reproach.”

In the 1930s, Dugeau, who was then an enthusiastic rider in the Boston area, began a letter-campaign with other women riders mentioned in motorcycle magazines. She corresponded with Carol DuPont, who told her about Amelia Earhart’s Ninety-Nines club, an organization of female flyers. Inspired by the iconic pilot, Dugeau decided to mount an all-woman motorcycle club. 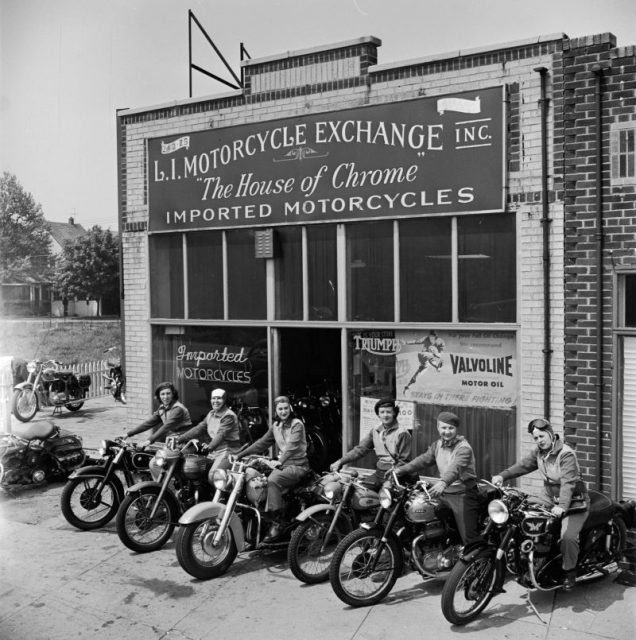 A group of women dubbed the ‘Motor Maids of America’ sit astride their motorcycles outside the shop they use as their headquarters. Photo by Douglas Grundy/Three Lions/Getty Images

During the same period, Dot Robinson had become a successful racer. The Motorcycle Museum website states she became the first woman to win an American Motorcycle Association (AMA) competition with her victory in the Jack Pine race in 1940, which at that time was the motorcycle equivalent of the Daytona.

Dugeau met with Robinson in 1940 at the Laconia Motorcycle Week Rally in New Hampshire. The two embarked on a long cruise across the United states to gather the 51 female motorcycle riders whom Dugeau had previously corresponded with: they were the original Motor Maids. The Motor Maids decided to embrace their feminine identity and follow the example of Earhart’s Ninety-Nines pilots, to fight for equal perception of men and women motorcycle riders. Take a quick look at the iconic figure of Amelia Earhart below: 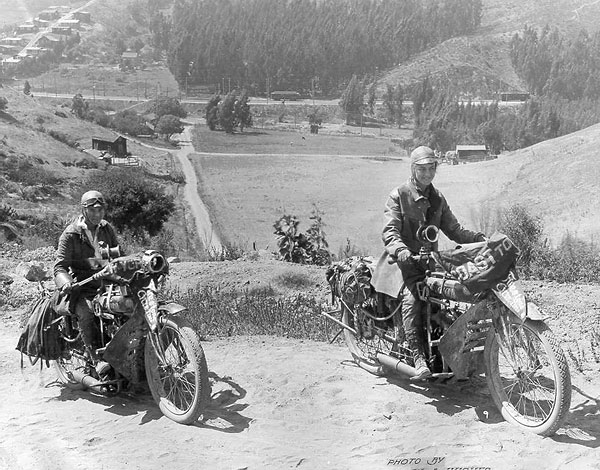 When the club started, Dugeau and Robinson had two rules for the Motor Maids: members must possess their own motorcycles, and conduct themselves like ladies at all times.

In the 1950s, Robinson started to wear pink outfits instead of the more traditional black leather outfits, coupled to the Motor Maids’ already famous white gloves. She felt films of the time like The Wild One negatively portrayed riders as wearing black leather and causing trouble, and made this pink and white outfit the club’s official uniform, according to the AMA website. Their distinctive outfit became a symbol of their identity. 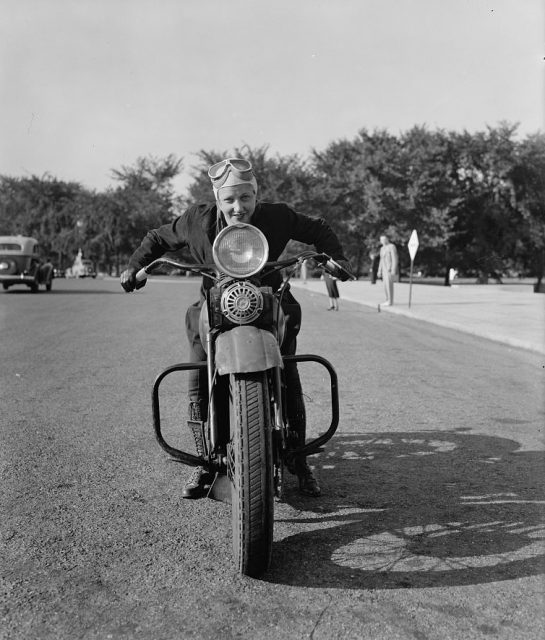 Dot Robinson made sure to maintain her image at all times. “Hap”, a Honda dealer from Sarasota, Florida, said that he competed against her in a two-day race, as reported by the Motor Maids website. After Robinson won the race, all the men in the race went straight to the bar, while Robinson went to her room to get cleaned up.

“I’ll never forget the picture: Dot walking into the bar in a black sheath dress and a pillbox hat,” Hap said. Today, the Motor Maids’ uniform consists “of royal blue mock turtleneck shirt (tucked in)” and a “white cotton vest,” following a change in 2006. Aside from their classy distinctive uniforms, the Motor Maids have also been active citizens, with many of them having served in the American armed forces during the second world war as convoy escorts, motorcycle couriers, or dispatch riders. 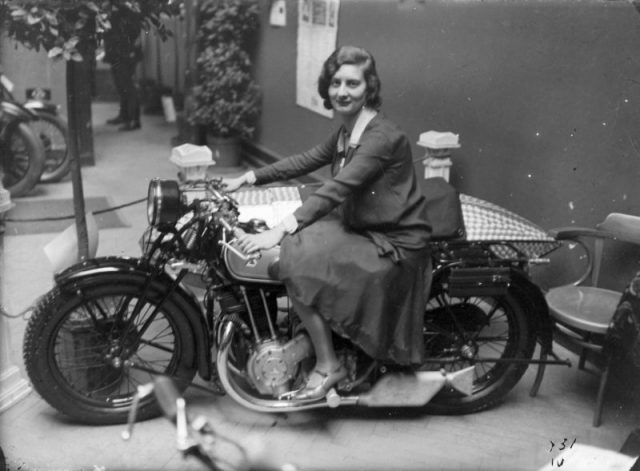 Despite their efforts to convey a positive image, their first members sometimes faced outrage from their parents and friends. People were not ready to accept an all-female motorcycle club, Timeline explains.

In 1986, the LA Times wrote that the club faced a potential decline, with most of its 500 members having joined the club in the 40s and 50s. But as Timeline reported, the original fears and concerns of the members justified the role and the existence of the club. In other instances, the Motor Maids were in fact supported by their friends and relatives.

The LA Times told the story of Don Behnke, who showed support for his wife Donna, recording her rides on camera and wearing Motor Maids apparel. “I think this is one of the best clubs around,” Behnke said. “A bunch of clean-cut people.”

Read another story from us: Rebel Women Without a Cause – Photos of Female Motorcyclists in the 1940s

Today, the Motor Maids count more than 1,300 members across the United States and Canada, as reported by their website. They are attached to maintaining the same image that Linda Dugeau and Dot Robinson had in mind when they started the club.