Although he lived eight years longer than the legendary musician members of the “27 Club” including Jimi Hendrix, Janis Joplin, Jim Morrison and, later, Kurt Cobain and Amy Winehouse, Texas blues musician Stevie Ray Vaughan’s early end at age 35 in a helicopter crash brought his extraordinary life and music career to a sudden end.

Born in Dallas in 1954, Stevie Ray was gifted his first toy guitar at age seven and subsequently received a number of hand-me-down electric guitars from his older brother, Jimmie. He began to play with various bands in the Dallas area as a teenager and formed his first band, Blackbird, in 1971. 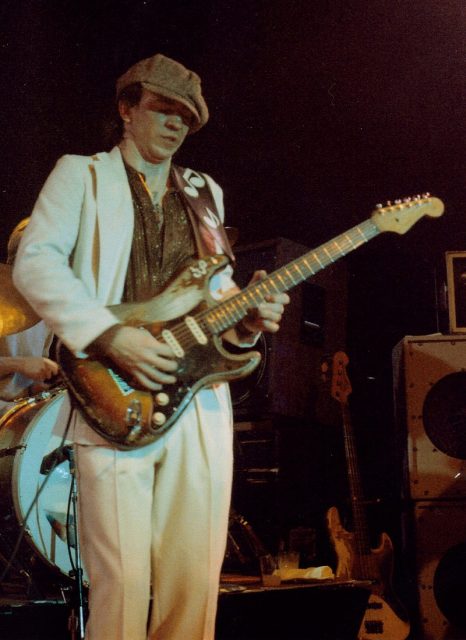 Stevie Ray dropped out of high school and moved his band to Austin, lured by the more easy-going audiences in the city that calls itself the Live Music Capital of the World. After leaving Blackbird in late 1972, Vaughan joined a string of bands and began touring and recording. Finally, in 1978, he took charge of the band with whom he discovered widespread acclaim, renaming it Double Trouble. 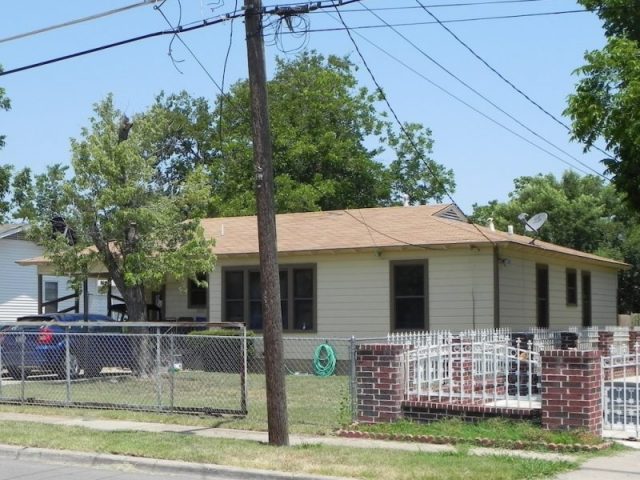 Double Trouble became an opening act for one of Stevie’s childhood idols, blues legend Muddy Waters. Around the same time, Vaughan was arrested for drug possession, prompting Waters to remark, “Stevie could perhaps be the greatest guitar player that ever lived, but he won’t live to get 40 years old if he doesn’t leave that white powder alone.”

Although Double Trouble became well-known throughout Texas, Stevie Ray didn’t start to gain national popularity in the US until his collaboration with British rocker David Bowie on Bowie’s now classic album, Let’s Dance, in 1982. Later, Jackson Browne offered Double Trouble free use of his LA recording studio, where they recorded an astonishing ten songs in a two-day span. These were later compiled on Double Trouble’s first studio album, Texas Flood. 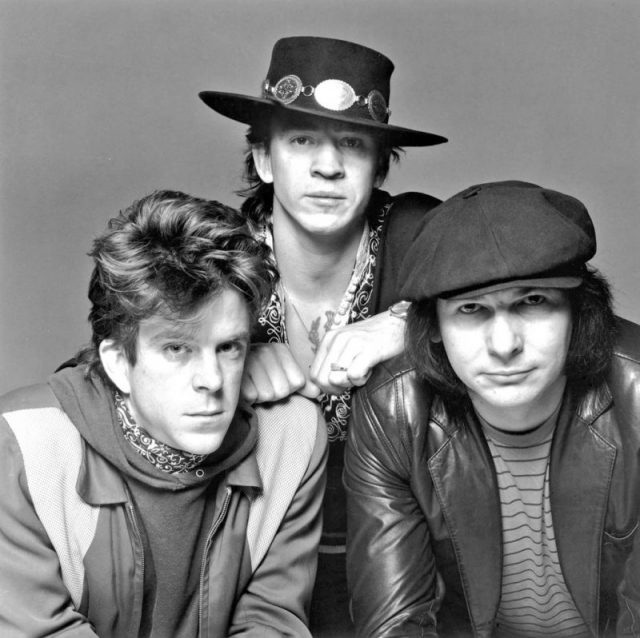 Double Trouble was the opening act for The Moody Blues in the mid-eighties, after which they were invited to appear on the TV series Austin City Limits. Then, the band played a sold-out concert at the Beacon Theatre in New York City, prompting Variety magazine to publish an article saying that their set “left no doubt that this young Texas musician is indeed the ‘guitar hero of the present era.’”

Double Trouble’s second studio album, Couldn’t Stand the Weather, was even more widely acclaimed than their debut, though their third record did not prove to be as popular. 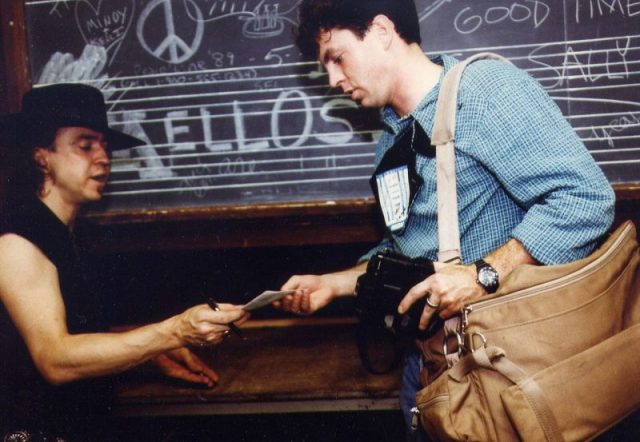 Stevie Ray Vaughan signing an autograph for a fan after Double Trouble’s show in Minneapolis, MN on October 25, 1989 on their In Step Tour. Photo by Joe Bielawa CC BY 2.0

It is impressive that Stevie Ray could play so astonishingly, despite his intense, long-term addictions. His bandmate Tommy Shannon said, “Stevie and I reached this point where we had to have it all the time. If the phone would ring in the morning and wake us up, we couldn’t answer the phone before we had some alcohol.” After hitting rock bottom, both Vaughan and Shannon went into rehab in 1986 and got sober.

According to Stevie Ray, Double Trouble’s fourth album — which turned out to be their last — was called In Step because, after getting rid of his addictions, he was “finally in step with life, in step with myself, in step with my music.” The record came out in 1989 and earned Stevie Ray and band a coveted Grammy award. 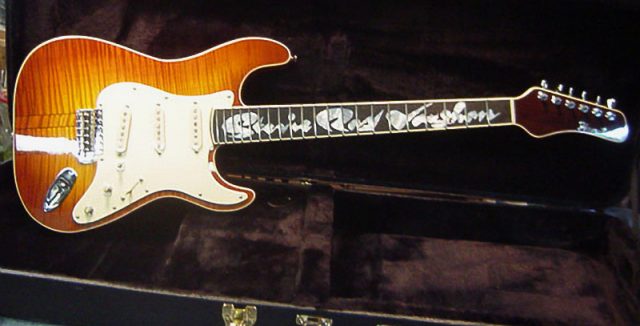 Sadly, right when he was hitting his peak stride, Stevie’s life was cut short in the early morning hours of August 27, 1990. After he and members of Eric Clapton’s touring entourage performed at Alpine Valley Music Theatre in Wisconsin, they headed for the Chicago airport in a helicopter. Due to foggy conditions, it crashed shortly after takeoff, ending all five passengers lives on impact. No traces of any substances were found in the autopsies of the victims.

Read another story from us: John Denver’s Fateful Last Flight – An Illegal Takeoff on an Experimental Plane

Approximately 3,000 mourners attended Vaughan’s funeral, including music-industry stars ZZ Top, Stevie Wonder, Bonnie Raitt, and Buddy Guy, among many others. Vaughan’s tombstone proclaims: “Thank you… for all the love you passed our way.”