The story of the Crusades is often told as one of a clash of religious civilizations over the Holy Land. However, a new study of the remains of crusaders who traveled to fight in the Levant has challenged this viewpoint, revealing some surprising insights into the genetic diversity of crusading armies.

The study, published in the American Journal of Human Genetics, found that crusaders living in the Latin East had remarkably diverse origins, suggesting that European migrants often mixed with local populations or other groups on their way to the Holy Land. 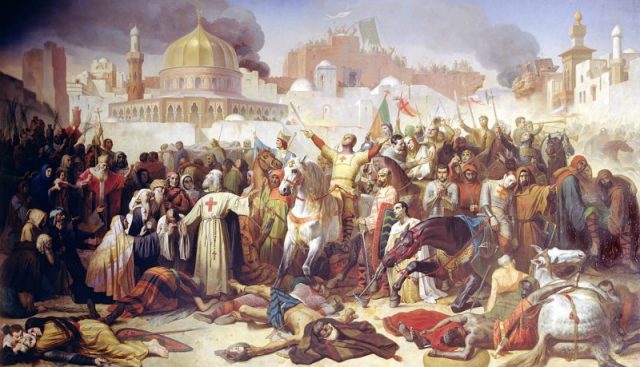 According to Science Daily, Marc Haber of the Wellcome Sanger Institute, lead author of the article, said, “Our findings give us an unprecedented view of the ancestry of the people who fought in the Crusader army. And it wasn’t just Europeans. We see this exceptional genetic diversity in the Near East during medieval times, with Europeans, Near Easterners, and mixed individuals fighting in the Crusades and living and dying side by side.”

The study was based on 13th century human remains taken from a burial pit next to a crusader fortress near Sidon, in modern-day Lebanon. According to the BBC, nine male individuals were identified and their genetic data was compared with other regional historic samples and DNA from a variety of modern communities.

Related Video: The Modern Day Revival of the Knights Templar

According to The Guardian, this evidence strongly suggests that these individuals were the offspring of crusaders, traders or settlers who had come to the region prior to the 13th century and integrated with the local population. 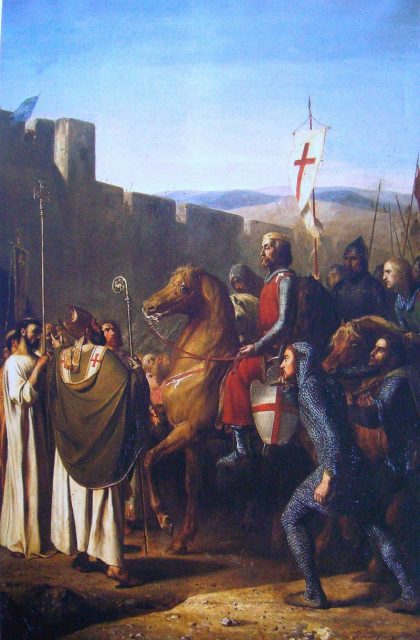 “Baldwin of Boulogne entering Edessa in 1098” by Joseph-Nicolas Robert-Fleury, 1840

In one case, the researchers hypothesized that one parent came from northern Spain or the Basque region, and the other came from the Berber communities of northern Arabian Peninsula and southern Mesopotamia. The team that analyzed the cemetery near Sidon said that the findings point to one of two possible conclusions. All of the skeletons in the pit showed signs of severe physical trauma, indicating that they died in battle.

DNA from 13th-century remains buried in a pit in Lebanon is shedding light on the lives of Crusader soldiers and how they mixed with the local population, a new study shows. #9Newshttps://t.co/vtr2QHUy59

The ethnic diversity of the remains suggests that either fighters on both sides of the conflict were buried in the same place, or that the crusader army that defended the castle near Sidon was made up of people of both European and Near Eastern descent. According to The Guardian, the researchers strongly favor the latter conclusion, as both the archaeological and historical evidence seems to suggest that the crusading army did include local people from what is now Lebanon. 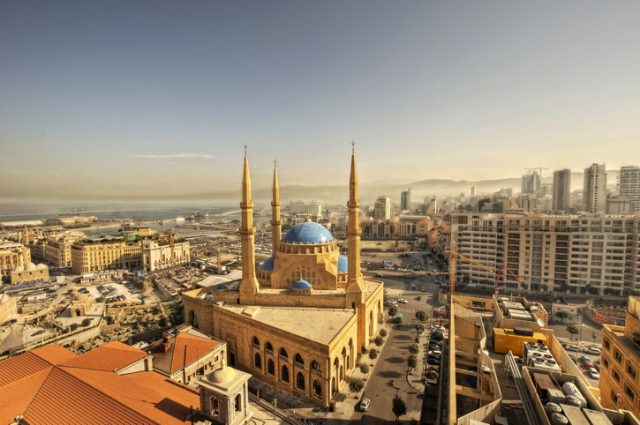 Professor Jonathan Phillips, of Royal Holloway University in London, told The Guardian that there is significant documentary evidence to suggest that crusaders engaged closely with local populations, and even used local people in their armies.

This groundbreaking genetic research provides further evidence to suppress the pervasive myth that crusaders had little to do with the people they encountered in the Near East. The findings also offer a counter narrative to the traditional picture of the Middle Ages as characterized by a binary conflict between Christian and Islamic societies.

Rather, as many historians have recently noted, the evidence from the Near East suggests a much more complex picture, in which successive waves of invading and migrating populations mixed with locals and integrated to form new social groups.

Read another story from us: 800-yr-old Crusader Body Desecrated by Vandals in an Irish Church Vault

Although genetic approaches alone cannot fully illuminate this complex past, historians are making use of these new techniques to complement documentary and archaeological research, in order to better understand this fascinating period in Middle Eastern history.