Even before the incredible modern achievements of space travel and exploration, mankind has always looked up to the stars and pondered the history of the world and universe all around us. From the early astronomical observations of Galileo right up to the modern day, we’ve made all kinds of fascinating discoveries by looking at the stars.

And the latest discovery is a truly incredible one, as the first ever molecule to be formed in the universe has been observed in space for the first time. 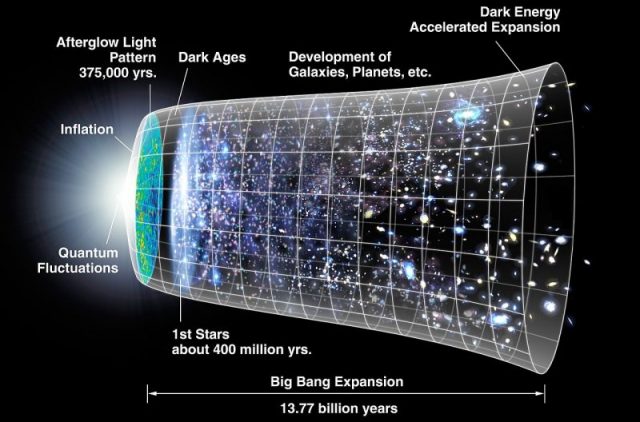 “Timeline of the metric expansion of space, where space (including hypothetical non-observable portions of the universe) is represented at each time by the circular sections. On the left, the dramatic expansion occurs in the inflationary epoch; and at the center, the expansion accelerates (artist’s concept; not to scale)”

This molecule is known as helium hydride (HeH+) and was located in the planetary nebula designated as NGC 7027 by a high-powered telescope mounted on board a Boeing 747.

Billions of years ago, at the dawn of the universe, it is believed that this molecule was formed by the union of positively charged hydrogen and neutral helium atoms as the universe, still in its infancy, began to cool down in the wake of the Big Bang. This molecule would have started to form once the overall temperature of the universe dropped under 4,000 °K (6740 °F/3,727 °C). 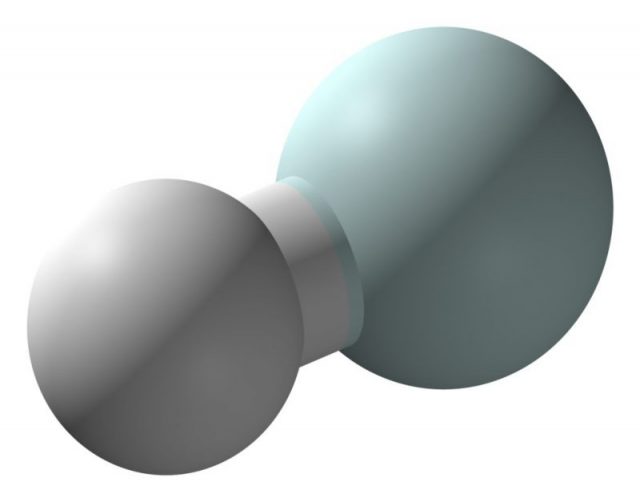 It’s an extraordinary discovery from a scientific and historical perspective, with experts believing that HeH+ really was the very first molecule to be formed. Scientists have been able to create this molecule for nearly a century already, but they hadn’t been able to identify it out in the universe until now.

It was in the 1970s that the search really started. Scientific studies and estimates seemed to suggest that traceable quantities of HeH+ could be found in certain interstellar nebulae. The initial searches proved fruitless, however, and many researchers and physicists actually started to wonder if they hadn’t been wrong about HeH+ all along. 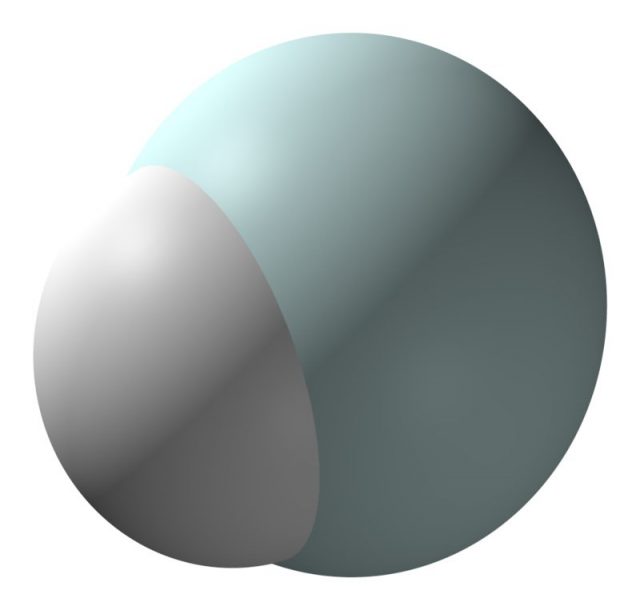 If HeH+ couldn’t be found out in the universe, it could be a big sign that their calculations had been wrong, which could affect entire branches of science and our understanding of the Big Bang and the universe as we know it. Fortunately, this recent discovery has now put an end to any doubts or worries.

It turned out that researchers had been unable to identify any HeH+ in the past as their equipment simply wasn’t powerful enough. A common problem in scientific fields over the years, and one that requires a lot of patience to overcome, this lack of effective technology meant that the wait for detectable traces of HeH+ dragged on for several decades, but is now finally over.

Astrophysicist Rolf Güsten, led the successful hunt for HeH+ alongside fellow researchers from the Max Planck Institute for Radio Astronomy. Scientists from other institutions from all over the world also participated, including the Institute of Millimetre Radioastronomy in France and Johns Hopkins University in the United States.

The team made use of a special spectrometer known under the codename ‘GREAT’ and also by its full name of the German Receiver for Astronomy at Terahertz Frequencies. This device was placed on SOFIA (the Stratospheric Observatory for Infrared Astronomy), which is essentially a Boeing 747 jet plane that has been changed and enhanced with various scientific features and tools.

SOFIA makes various flights and data is collected via a high-powered telescope and then interpreted and analyzed by the GREAT device and other scientific equipment. When looking through data from some of SOFIA’s journeys, the research team discovered clear proof of HeH+ in nebula NGC 7027, which is approximately, 3,000 light years away.

The team members weren’t too surprised to find traces of HeH+ at NGC 7027. This planetary nebula is still quite young, so it has similar characteristics to the early universe, meaning that the conditions were just right for the formation of the molecule. Now, with the team having obtained faultless proof of the existence of HeH+, decades of doubts and questions have finally been put to rest.