Cutting Edge Technology Shows us What a Neolithic Dog Looked Like

State of the art technology is allowing us to look back into the past with more detail and depth than ever before by actually creating a forensic facial reconstruction of a Neolithic dog.

The canine was believed to have lived around 4,500 years ago. It was similar to a collie in size and seemingly quite like a wolf in appearance. It was buried, alongside around 20 other dogs and a small group of humans, in the Orkney Islands of Scotland. The dog’s remains were found over a century ago and preserved over the years until today’s modern technology was able to shed new light on the bones. 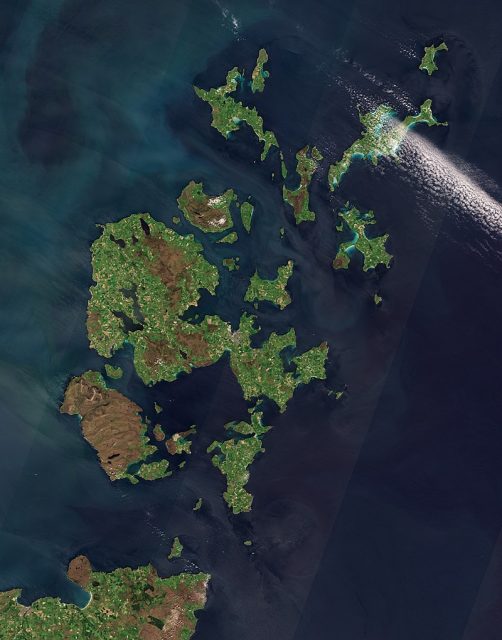 The Guardian has reported that this dog is the first to ever undergo forensic facial reconstruction. Its likeness, which was commissioned by the National Museum of Scotland in conjunction with Historic Environment Scotland (HES), will be placed on display for the general public in the Orkney Islands in the months to come.

Steve Farrar, a representative of HES, released a statement in which he detailed the alleged importance of dogs to Neolithic peoples. We all know that dogs are popular household pets today and can be used in various jobs like aiding the blind and sniffing out illegal substances, and it seems like they had a part to play in this ancient Orkney society as well. 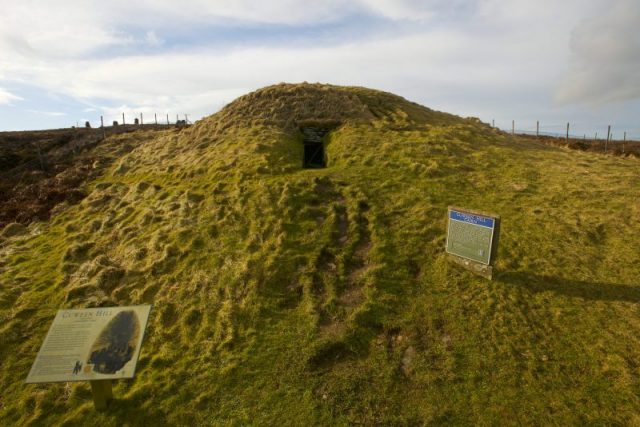 Just as the Ancient Egyptians saw cats as sacred and significant, Farrar suggested that these “dog people” might have seen dogs in a special light. The remains of the dogs and people were found at Cuween Hill Chambered Cairn. Sky News revealed that archaeologists have dated this burial mound to around 3,000 BC, but it is believed that the dog was buried there around 2,500 BC.

The fact that the dog was buried so many years after the tomb was made suggests that it could have been a very special resting place for the community, perhaps used for ceremonies and rituals. 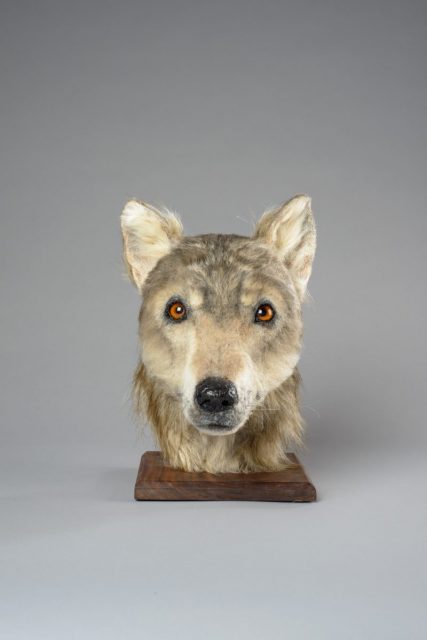 There’s a lot we can learn from this discovery, with both historians and scientists having their own theories. The fact that the dogs and humans were buried together may infer that the community believed in an afterlife for both species, and it was clear that the Orkney residents must have had a lot of respect for dogs, perhaps using them for hunting or to help guard their farms.

The Scotsman revealed that in order to actually make the facial reconstruction of the dog, forensic artist Amy Thornton had to draw over a CT scan, effectively making a 3D image of the canine’s skull. Clay was then used to build up the outer layers of skin and hair onto the skeletal foundation, effectively creating a detailed model of the dog’s head. 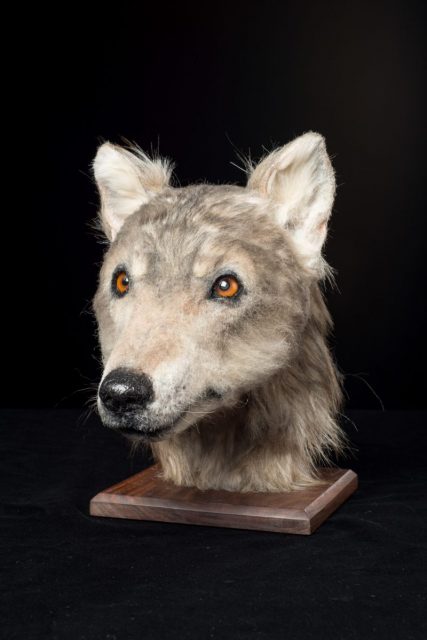 The model was then cast in silicone, and Thornton applied the finishing touches of fur in the same style and color of a European grey wolf. Thornton revealed that this process was similar to the ways in which facial reconstruction technology is used to recreate lifelike approximations of human remains, but she added that there was a lot less data for her to work with when preparing a canine reconstruction. There’s been a lot of scientific and historical investigation into the Neolithic people of Orkney in recent years. 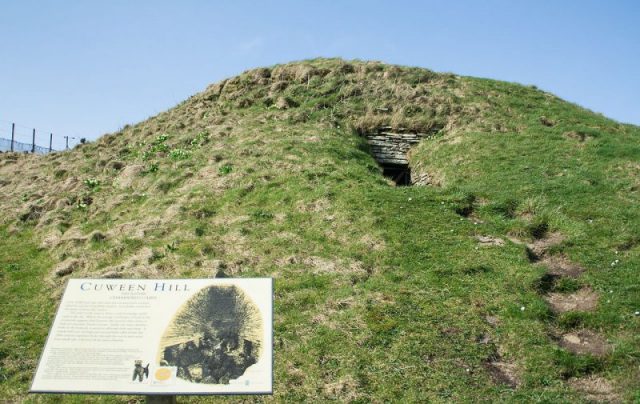 In 2018, for example, HES unveiled 3D digital images showing what the tomb actually looked like, giving interested users a chance to explore the tomb on their computers.

Read another story from us: Sea Creature Found is the Stuff of Tiny Nightmares

This canine facial reconstruction is just the latest in a fascinating series of discoveries and breakthroughs, giving us a powerful and thought-provoking glimpse into a time long ago.