One of the most interesting aspects to observe in human society is how fashion has changed so much over the years. What can seem new, stylish, and trendy one day can be laughed at and mocked the next.

Some of the outfits we wore one or two decades ago seemed fine at the time, and are now widely criticized. The world of fashion is always evolving and will continue to grow and change in years to come, but a look to the past shows that some historic fashion trends weren’t just silly to look at, they were downright dangerous too. 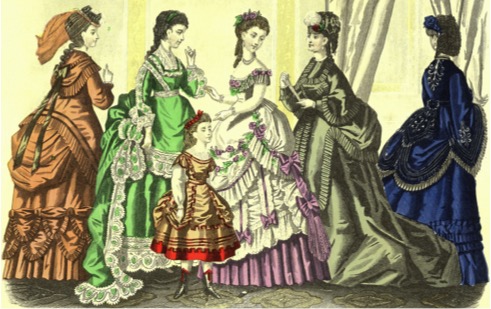 Perhaps there can be no better example to reinforce this point than the arsenic dresses of the Victorian era. As revealed by The Hairpin, these dresses, which were a beautiful sea green in color, were seen as very elegant items of attire at the time and were highly prized and priced, but they were actually made by dyeing the fabric with arsenic, a lethal substance. 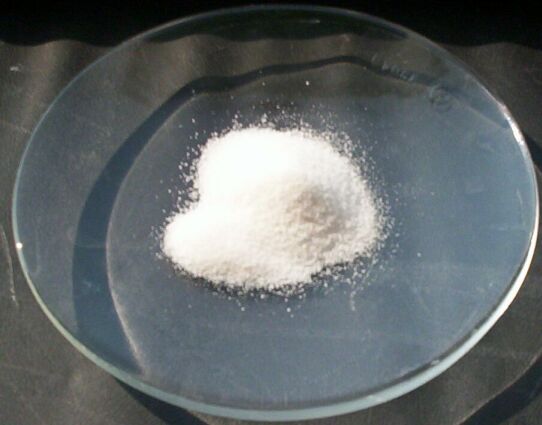 Arsenic trioxide is a white, crystalline powder that closely resembles sugar. In the Victorian era white arsenic was sold freely in grocery stores.

Many of the women who wore these dresses would suffer skin reactions and even vomiting, and some of the dress-makers actually died due to excessive exposure.

On the other side of the world, women in China have also historically been subjected to dangerous fashion trends that are sold as elegant and beautiful. Lotus shoes are a perfect example. 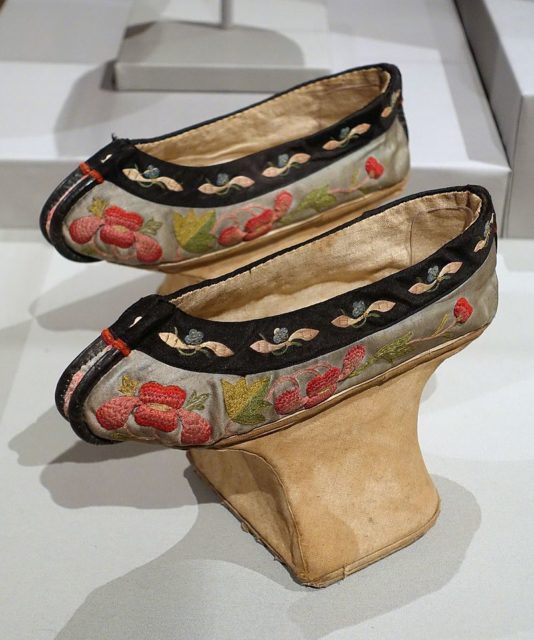 These shoes, which are formed in a distinctive shape that resembles no natural human foot, could only be worn by women whose feet had been broken and bound in their youth.

Toes could actually die and fall off due to lack of blood, and the process of forming the feet into the right shape for the shoes could take years. As NPR reports, it took until 1912 for the shoes to be banned. 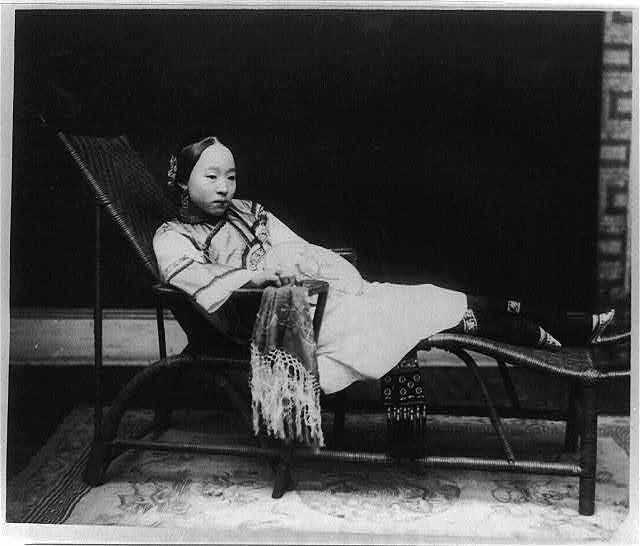 Bound feet were considered by some to be highly appealing

However, women aren’t the only ones to be subjected to some fashion disasters over the years. Back in Europe, the 14th, 15th, and 16th centuries saw widespread wearing of codpieces.

Typically made from fabric, although metal variants did exist, codpieces were worn around the waist to enclose the male parts, with many designs also serving to enhance the appearance of the wearer’s “manhood”. 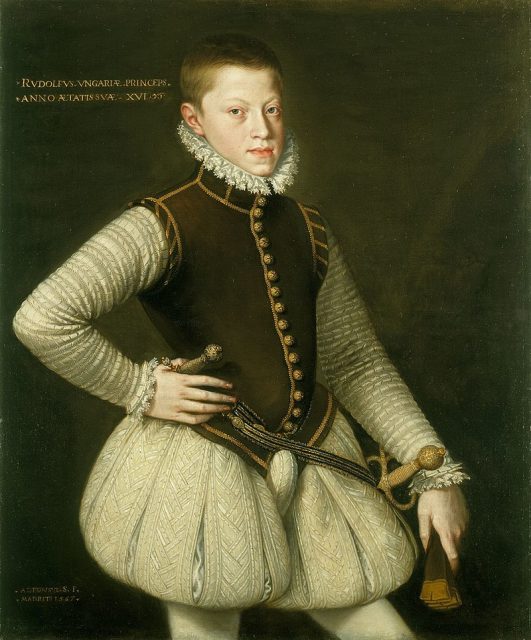 Rather obscene in style and design, codpieces eventually fell out of fashion, although they have been used in haute couture fashion shows in modern times. 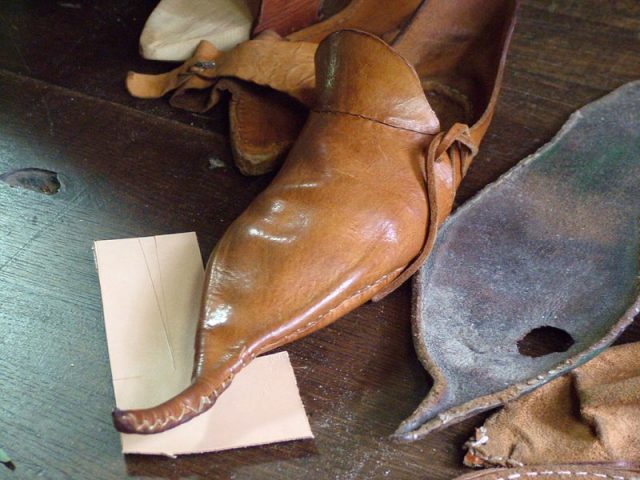 Poulaine at the shoemaker of Archeon. Photo by Ziko CC BY-SA 3.0

Men of the Middle Ages could also be seen sporting crakowes. Also known as poulaines, Fashion Encyclopedia reveals that these shoes were taken from a Polish design and were essentially just like regular shoes but with very long toes that could extend for up to a couple of feet in some cases. 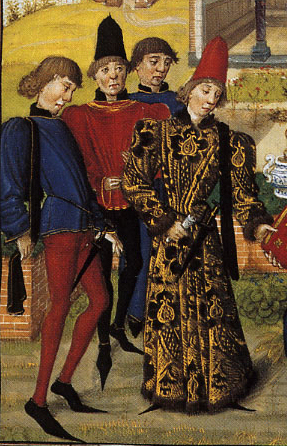 In fact, the longer the toe, the more esteemed the wearer was said to be. Wearers sometimes had to stuff the toes with material would struggle to actually be able to walk around while wearing them.

Size really mattered in past centuries. In the same way that the extreme length of crakowes was popular, many men and women also liked to wear bombasts, which would add volume to areas of their clothing like the sleeves and shoulders. 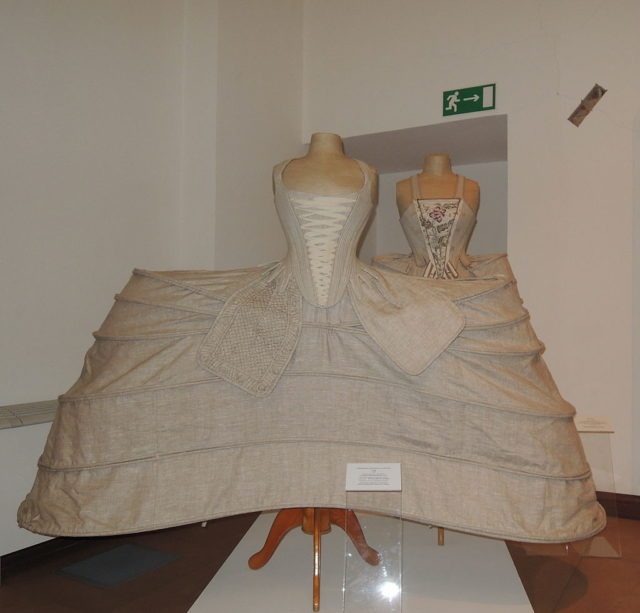 Replica of a pannier. Photo by Shakko CC BY-SA 3.0

Women could also be seen in panniers, which were specialized under-skirts that made dresses billow out like large balloons below the waist. Highly impractical in use, these designs were actually seen as symbols of power and importance in society, so were highly desirable. 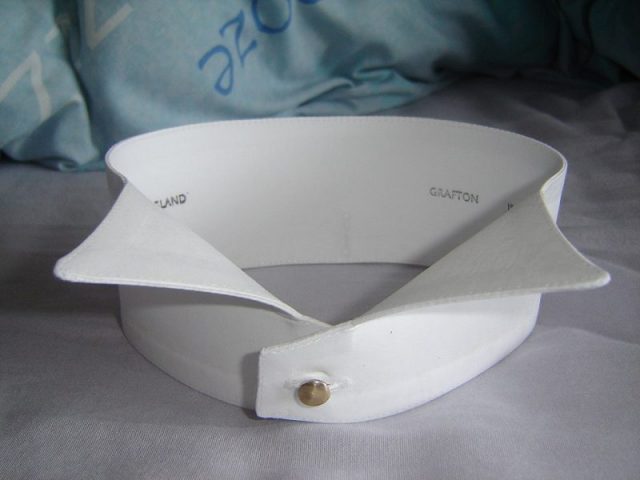 We don’t even have to look too far back into history to see some incredible examples of bizarre fashion trends. In the late 19th century, starched collars were popular and were actually so stiff that, as explained in a BBC report, they could slowly choke a man to death.

Just one century ago, women were subjected to an equally ludicrous fashion innovation known as “breast flatteners.” Highly uncomfortable to wear and putting severe pressure on the respiratory system, these creations quickly fell out of fashion.

For every wonderful innovation in the world of fashion, humanity has also contrived to make a few terrible mistakes along the way. From corsets to codpieces, we’ve seen some shocking fashion faux-pas that have fortunately been relegated to the history books, never to be seen or heard from again.

Read another story from us: Great Depression Food Sacks Became a Necessary (and Marketable) Fashion

The world of fashion will surely give birth to more strange and brilliant creations in the years to come, and trend-followers will have to hope that none are quite as brutal or ludicrous as the likes of lotus shoes and arsenic dresses.