While it’s very much disputed that Marie Antoinette said, “Let them eat cake,” the French queen lived a life of tremendous luxury. Just how luxurious will be more apparent now that Versailles has reopened Marie Antoinette’s exquisite private apartments after three years of restoration, according to the BBC.

On October 6, 1789, months after the French Revolution broke out, Marie Antoinette left these apartments, never to return. No French queen has lived in these rooms ever since.

A team of restorers worked to bring the apartments back to their former glory. 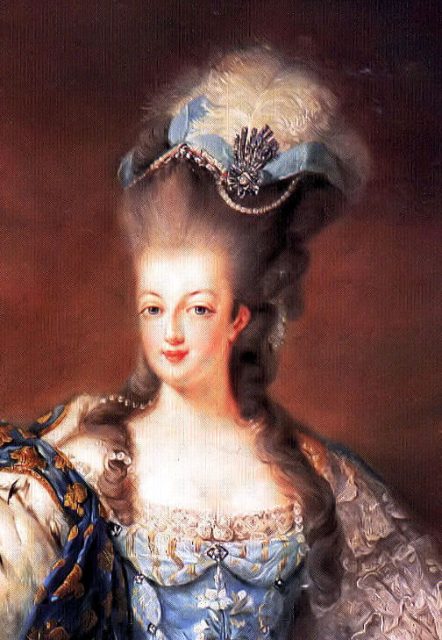 Marie Antoinette wearing the distinctive pouf style coiffure: her own natural hair is extended on the top with an artificial hairpiece.

The restoration work concentrated on the gilding, the finishes, using Blanc de Roi paint, and the lighting. Techniques of the 18th century were used whenever possible. Wall fabrics were re-created in the style that the Queen favored.

The color she loved, apple green, was carefully highlighted. 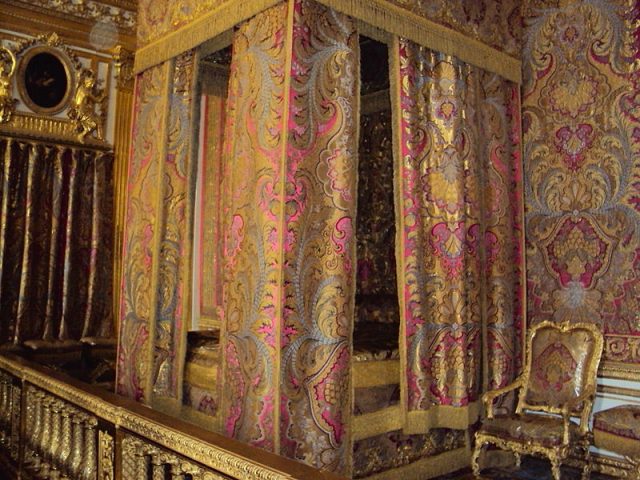 “The rooms are located alongside the Hall of Mirrors, between the Queen’s Bedchamber and the Bull’s Eye Antechamber, and were assigned to the Queen’s service as a result of their close proximity to the Bedchamber,” according to the Palace of Versailles website. “In these spaces, the queen ceased to be a sovereign and became a woman.”

VIDEO: Fit for a queen.

The prestigious apartments of the Queen — Marie-Antoinette’s private chambers — at the Palace of Versailles are to reopen to the public after a three-year renovation pic.twitter.com/go00MqTPn9

Marie-Antoinette’s Toilette Room, in which the Queen was dressed, contains sculpted decoration made for the Duchess of Burgundy. “The room bears testimony to the freshness and elegance of the renewed decorative style at the end of the reign of Louis IV, which can be described as early Versailles Rococo,” said the palace. “The room was originally gilded in order to highlight the delicacy of its decoration.”

“This is a public room, it’s where the Queen received guests,” said Catherine Pégard, chairperson of Versailles, to the BBC when showing one of the rooms. 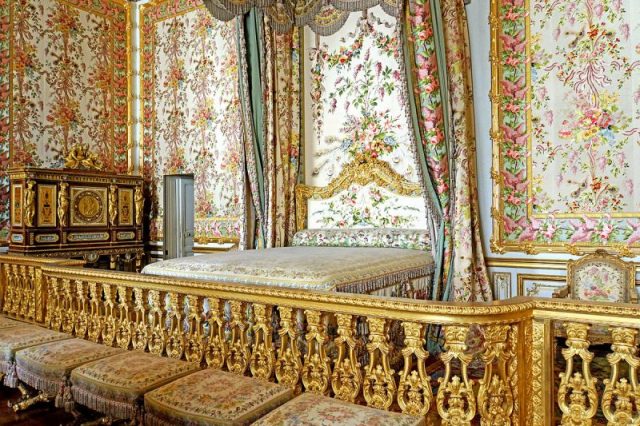 The French Revolution broke out with the storming of the Bastille on July 14, 1789. The next morning, Louis XVI said to the Duke of Rochefoucauld, “Is it a revolt?” The duke answered, ‘No Sire, it is a revolution.”

Conditions soon worsened, and with bread shortages and chaos convulsing Paris, on October 5th, a large crowd marched on the palace of Versailles to confront Louis XVI and Marie Antoinette. The king was hunting in Meudon and the queen was in the Trianon palace. When they heard about the march, the royal household warned the queen, and she retreated to her private apartments. 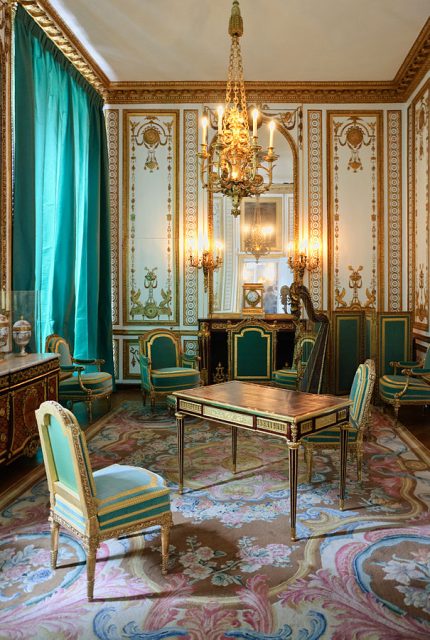 Palace of Versailles – Petit appartement de la Reine – The Cabinet Doré of Marie-Antoinette, with the desk made by Jean-Henri Riesener in 1783. Seats by Georges Jacob. Photo by Myrabella CC BY-SA 3.0

“Upon his return the king entrusted his protection to La Fayette, the Commander of the National Guard, who positioned his men on the Place d’Armes. The crowd arrived at the Palace at half past midnight, soaked by the rain. At 6 am, having forced open the gate of the Princes’ Courtyard, they crossed the Royal Courtyard and entered the Queen’s Apartments.”

Some of the mob called for the Queen’s death. With moments to spare, Marie Antoinette fled to the apartments of her son, the Dauphin, before going to the rooms of her husband. The mob, mostly women, gathered in the courtyard and demanded a royal appearance. 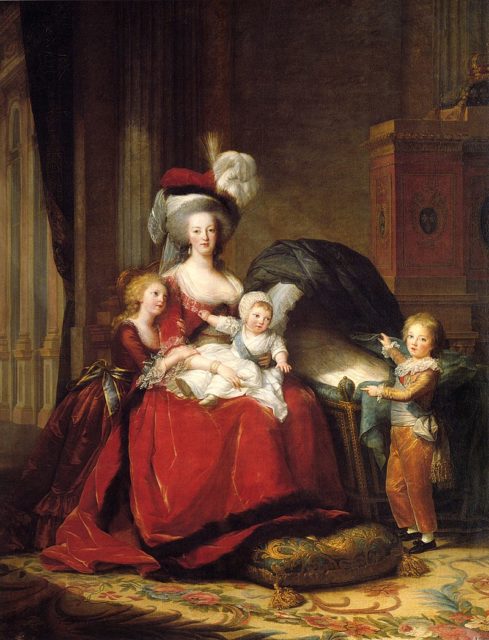 The King showed himself and said he would go to Paris. In the early afternoon the royal cortege left Versailles. “Along the way the crowd proclaimed they were bringing back ‘the baker with his wife and boy.’

As he left, Louis XVI, who was convinced he would return, entrusted the palace to his Minister of War, La Tour du Pin, with the words ‘try and save my poor Versailles!’ His departure, however, was final. The Palace would never again be a residence of kings.”

The royal family moved to the Tuileries Palace, living under house arrest. 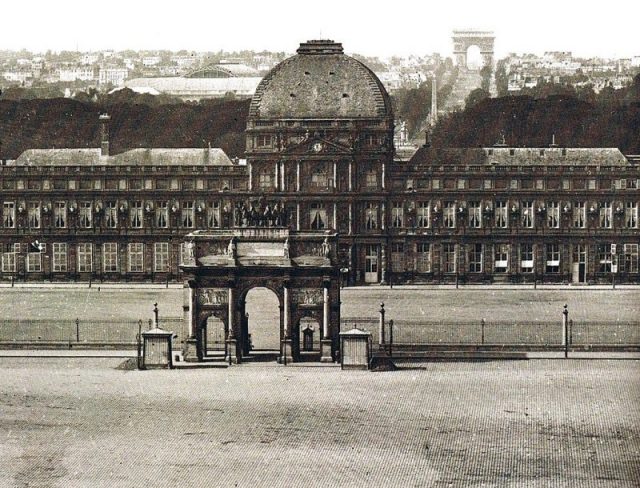 After going through their respective trials, Louis XVI and Marie Antoinette were condemned to death. The Queen, who was born a royal archduchess in Austria, was executed by use of the guillotine on October 16, 1793.

In 2003, the French government announced a commitment to restoring the 700-room palace and extensive garden. Some 10 million people visit each year. 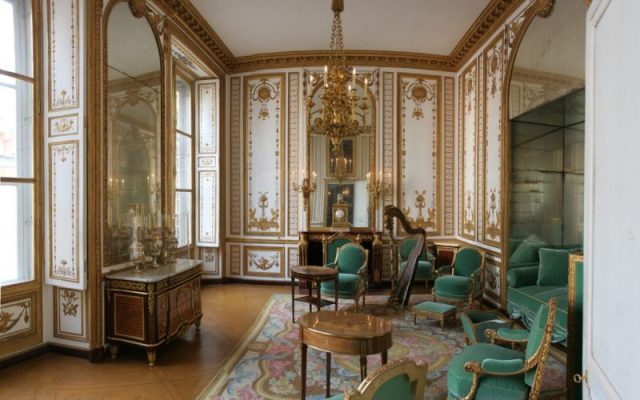 Photo by Crochet.david CC BY SA 3.0

“This is the first big restoration programme for Versailles since the early 1800s, and the biggest such undertaking in France since the remodeling of the Louvre in the late 1900s,” said the culture minister, Jean-Jacques Aillagon, in an interview with The Guardian at the outset.

Read another story from us: Marie Antoinette’s Dazzling Jewelry Made Public for the First Time Ever

During the French Revolution, some of the items in the Queen’s rooms were looted. Replacements have been made to approximate what would have been there in the days of Marie Antoinette.

« The Scientist who Saved up to a Billion People from Going Hungry
Did Ellis Island Really Change People’s Names? »