Seashores are notorious for being the bearers of gifts relinquished from the sea, which offer tantalizing clues to historical events that happened out in the wide blue ocean.

When reports came in of 10-inch beams emerging from a sandy beach at Surf City on April 22, 2019, authorities were quick to identify them as the remains of the William H. Sumner, a century-old shipwreck.

The announcement came in the form of a post from the town’s official Facebook page, Town of Surf City. They stated, “this afternoon, we see the remains of the William H. Sumner, which is about 150 yards north of the old Barnacle Bill’s Pier in Surf City.”

According to the Charlotte Observer, the beams’ reappearance is owed to a combination of strong winds and waves. Interestingly enough, the town added that this was actually a fairly regular occurrence, saying in their Facebook post that “it usually ‘uncovers’ once or twice a year.”

The photos posted of the beams jutting out of the sand display what Treasure Realty calls “a twenty-eight by eleven piece of the deck of the William Sumner.”

While in transit to New York City from Puerto Rico, the vessel ran aground in the vicinity of Surf City, putting an end to any future hopes of being sailed again. According to WECT, the three-masted schooner “was carrying mahogany and phosphate rock from the West Indies to New York.”

Wrightsville Beach Magazine reported in 2010 that evidence had come to light indicating that the ship’s captain may have been murdered by his crew.

The skipper’s name was Robert E. Cochrane, 24-years-old and hailing from Bath, Mane. The rookie captain was accompanied by a crew of eight, who allegedly mutinied against and killed their young captain.

After careful analysis of evidence, investigators concluded that the mutiny was triggered by Cochrane’s unwillingness to do anything about the increasingly-low food supplies. In the same report, there was strong evidence which suggested that Cochrane was murdered — evidence which directly contradicted the story provided by his first mate, Charles Lacey.

When Lacey first reported the incident at roughly 12:00 pm on the day following the wreckage, he told authorities that the vessel had gotten caught in strong currents which took them “towards the shoals of Topsail Inlet,” leading the ship to run aground on a sandbar. The captain was so stricken with despair, claimed Lacey, that he took his own life by shooting himself that morning. 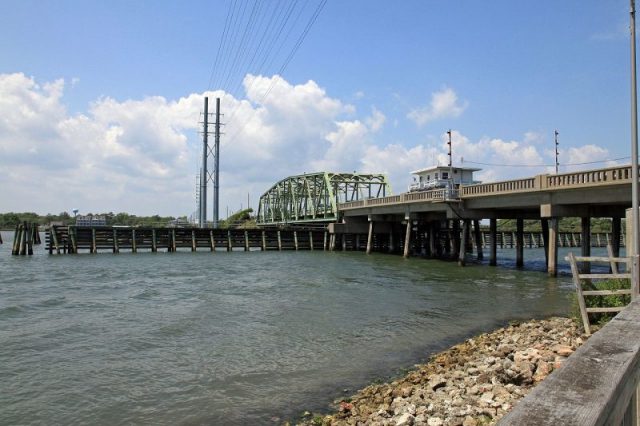 However, according to Wrightsville Beach Magazine, when investigators started to comb through the evidence, they began to question Lacey’s account of the captain’s supposed suicide.

The report states that “two separate wounds were found on the captain’s body: his right ear lobe had been shot away and a bullet pierced his head between the temples. There were no powder marks on his face.” What’s more, they also uncovered several personal letters written by the captain, none of which seemed to suggest that he was suffering from depression or any other type of mental anguish which would lead him to take his own life.

Accounts from the crew would prove to be crucial in casting doubt over Lacey’s claim. While the crew initially substantiated Lacey’s story, as the investigation wore on, some offered compelling testimonies which disputed Lacey’s version of the events.

Charles Wallace, the steward, was one such member. “The mate was lying on top of the deck house at the port quarters when the captain entered his quarters … As I was going aft I met the mate, Lacey, going forward. He was walking rather briskly. I entered … the captains quarters and I saw the captain lying on the floor of the cabin bleeding.”

Wallace even added that Lacey had made two previous attempts on the captain’s life, one time even pulling a knife. However, there was division among the crew as some said that Lacey and the captain had had a good relationship.

The Daily Times reported on September 9, 1919, that seven members of the crew were tried in connection to the captain’s death.

However, they were eventually acquitted of the charges, leaving the entire ordeal shrouded in mystery. There are even inconsistencies in the information available from different sources, for example, Topsail Island blog identifies the sailor as being 25 years of age at the time of the shipwreck while Wrightsville Beach Magazine puts him at 24-years-old.

Furthermore, the article published by The Daily Times states that the crew consisted of seven members whereas Wrightsville Beach Magazine’s report gives eight.

Read another story from us: Mudlark Discovers Giant Mammoth Tooth on the Banks of River Thames

The inconsistencies in the stories have been attributed to the fact that very little is conclusive evidence concerning the shipwreck, a fact which was echoed by WECT in their 2012 report.

Irrespective of the mystery surrounding the shipwreck, the town reminded people on their Facebook page that the remains of the ship are not to be removed as they “are protected by the state.”