Towns Called Boring, Bland, And Dull All Joined Forces To Make A Trinity Of Tedium

Not all cities are created equal, and they aren’t all equally blessed in the naming department either. We’ve seen dozens of examples of towns and cities having rather embarrassing or even downright vulgar names all over the world.

The people in these locations constantly have to put up with the same old jokes and jibes, but three rather oddly-named towns recently decided to join forces and embrace their unusual identities.

As reported by Good.is, the towns in question are Boring in Oregon, Dull in Scotland, and Bland in Australia. These three towns, linked by the ridiculousness of their dreary names, decided to form a very special group that they’ve called “The League of Extraordinary Communities”, but what many people, including The Scotsman newspaper, have referred to as the “Trinity of Tedium”. 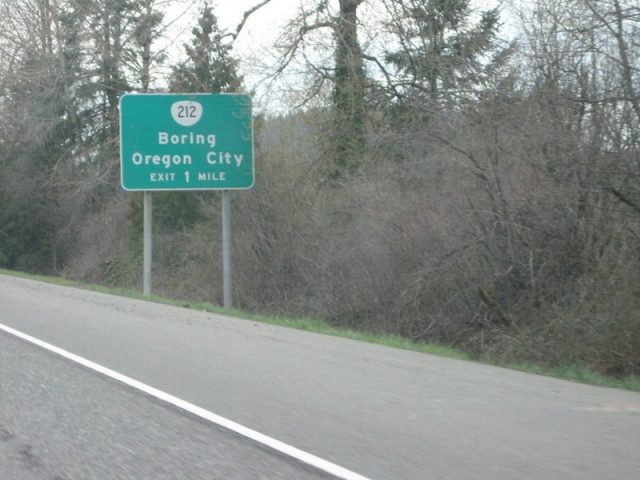 Boring, Oregon is the biggest of the three towns. Located in Clackamas County in the northern part of the state, Boring is home to around 13,000 residents, according to Good, and is actually quite a pretty little town.

It was named in honor of William Harrison Boring, a Union soldier who settled in the area in the mid-19th century. Citizens and businesses in Boring have made plenty of puns about their hometown over the years. 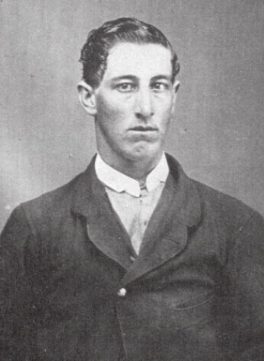 Bland Shire is a large local government area in New South Wales, Australia that covers an area of over 3,300 square miles but is home to less than 6,000 people. Just like Boring, Bland was named after an individual.

In this case, it was William Bland, a man who was anything but bland in reality. Bland was a trained surgeon who killed a man in a duel in Bombay, India. Convicted of manslaughter, he was shipped off, along with many other convicts, to Australia, where he began a new life. 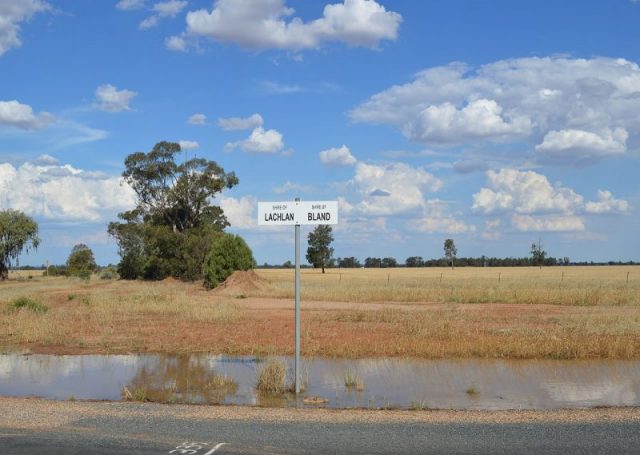 Sign marking the border between Lachlan Shire and Bland Shire. Photo by Mattinbgn CC BY 2.0

Finally, the smallest of the trio is Dull. Located in Perth and Kinross, Scotland, Dull is a very small village basically made up of just one street of homes in the River Tay Valley.

The village’s name may actually have been taken from an old Gaelic word meaning “meadow”. The village is home to less than 100 people and lacks any real features of note, aside from an old church. 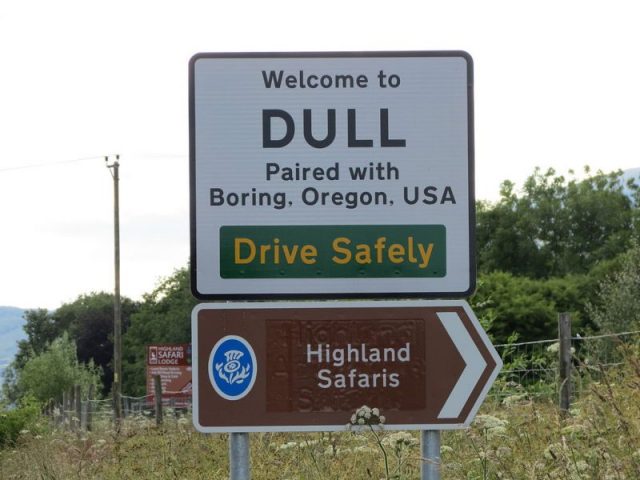 Before the league was formed, Boring and Dull had already become sister cities. As reported by Time, it was officially decided that August 9th would be known as “Boring & Dull Day”.

Celebrated in both Boring and Dull, the special celebration involved singing and dancing, and even a bagpipe player in Boring, with various merchandise being produced to try and drum up support and raise awareness of the two towns. There’s even a Dull & Boring Facebook page in which residents of both cities can connect.

This all happened in 2012, and just one year later, the mayor of Bland, Neil Pokoney, was revealed in The Scotsman to have heard all about the story and thought that Bland might have a banal bond to share with its boring brethren overseas.

Talks between the towns started up and The League of Extraordinary Communities was formed in 2014, cementing the strange union between these funnily named locations. 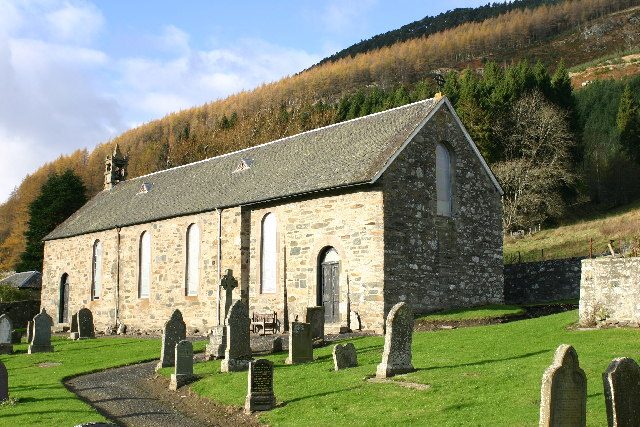 For most outsiders, the whole thing seems rather silly and amusing, but the towns do have genuine reasons for forming these kinds of international relationships. They’re hoping that the media exposure and attention will help to boost tourism and bring in new businesses.

It’s certainly a unique idea, and we’ll have to wait and see if any other members of the “League” are added in the future, with some internet commenters suggesting that Tedious Creek in Maryland and Monotony Valley in Nevada would be perfect candidates.