Chewbacca Actor Passes Away At 74

The Star Wars world reacted with sorrow to the death of one of its most beloved original cast members, Peter Mayhew, who played Chewbacca in the original Star Wars trilogy, episode three of the prequels, and the new trilogy up to Star Wars: The Force Awakens.

Mayhew passed away at the age of 74 on April 30, 2019, with his family by his side. “He put his heart and soul into the role of Chewbacca,” his family said.

Harrison Ford, who portrayed Han Solo, paid tribute to Mayhew, with whom he shared many scenes, saying, “I loved him.” Ford spoke of the “kind and gentle man” possessing “great dignity and noble character,” according to the BBC. 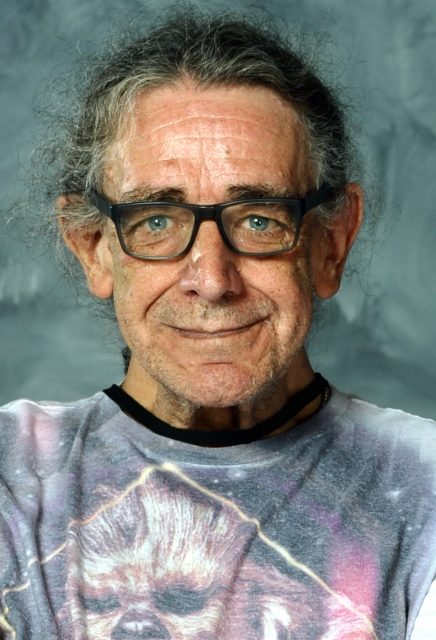 Mark Hamill said on twitter, “He was the gentlest of giants — A big man with an even bigger heart who never failed to make me smile & a loyal friend who I loved dearly — I’m grateful for the memories we shared & I’m a better man for just having known him. Thanks Pete.”

“Peter was a wonderful man,” producer and director George Lucas said in a statement. “He was the closest any human being could be to a Wookiee: big heart, gentle nature — and I learned to always let him win. He was a good friend, and I’m saddened by his passing.” 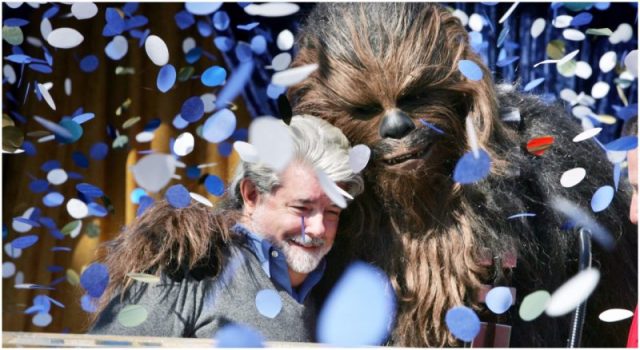 Mayhew, who was seven feet three inches tall, was working as a hospital orderly when Lucas cast him as the Wookiee named Chewbacca in 1977’s first film.

As Variety wrote: “Though he spoke entirely in growls, snarls, and the occasional roar, Chewbacca’s unwavering loyalty to Han Solo made him one of the most beloved characters in the franchise. Much more than just the hairy co-pilot of the Millennium Falcon, Chewie’s dependability and trustworthiness helped the iconic Wookiee function as the series’ ultimate ‘wing man.’ ” 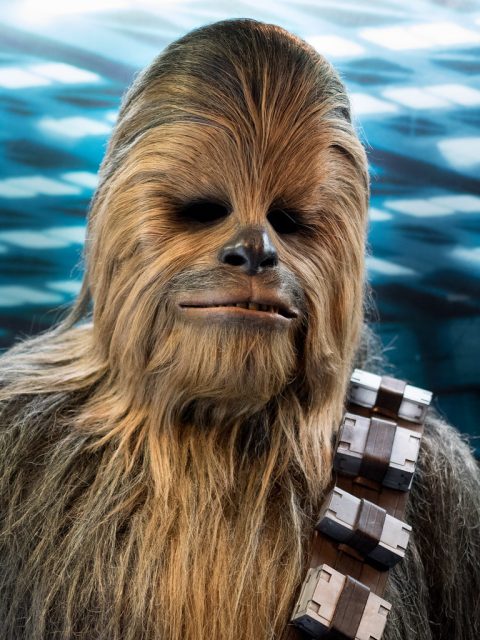 Chewbacca at the Star Wars Identities Exhibition at the O2 in London. Photo by William Warby CC BY 2.0

“We were partners in film and friends in life for over 30 years,” said Ford in an interview. “He invested his soul in the character and brought great pleasure to the Star Wars audience.”

Mayhew consulted on The Last Jedi in order to help his successor. As his family wrote in the announcement of his passing, his commitment to Chewbacca “showed in every frame of the films from his knock-kneed running, firing his bowcaster from the hip, his bright blue eyes, down to each subtle movement of his head and mouth.”

Mayhew was born in London and did a little acting before signing on with George Lucas.

“After wrapping the first Star Wars, he went back to work as an orderly and did not leave the job for good until the release of Return of the Jedi, after which he made a living off of Chewbacca, becoming a favorite on the fan convention circuit,” reported the Hollywood Reporter. 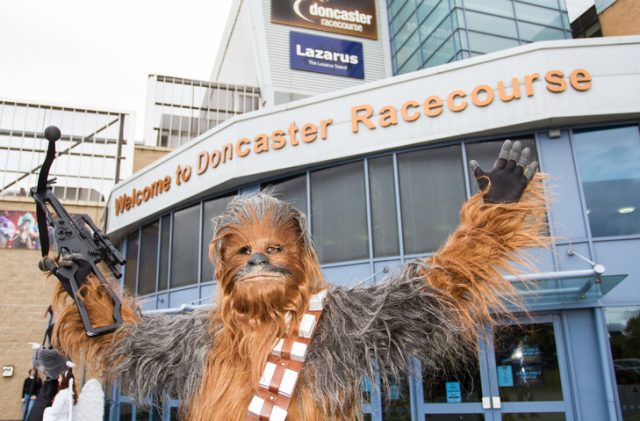 “While Mayhew did not provide the voice of the 200-year-old Wookiee (that was created by sound designer Ben Burtt), many credit the body language and expressiveness of the eyes the actor brought to the role in making Chewbacca a beloved character.

It was a part that Mayhew would take on his whole life and well beyond the movies, reprising the role for appearances on Donny & Marie and The Muppet Show and, more recently, Glee.” 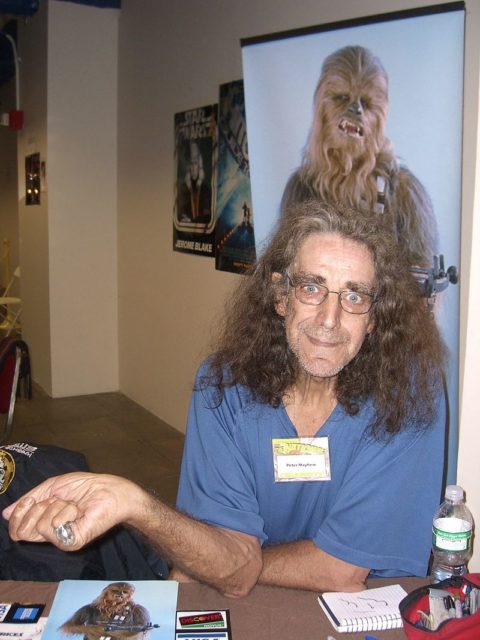 Peter Mayhew sitting in front of an image of his famous role as Chewbacca. Photo by Luigi Novi CC BY 3.0

Although his height was not due to gigantism, Mayhew wrote two books for children, Growing Up Giant, and the anti-bullying book My Favorite Giant. He set up various charities, primarily the Peter Mayhew Foundation, and devoted time to those efforts for decades.

Mayhew was asked by Australia’s BMag why Chewbacca didn’t get a medal at the end of the first Star Wars film, along with Han Solo and Luke Skywalker. “I think it was one of two reasons,” he said. “One, they didn’t have enough money to buy me a medal. Or two, Carrie couldn’t reach my neck, and it was probably too expensive to build a little step so that I could step down or she could step up and give me the medal.”

Mayhew, who lived in Texas, is survived by his wife and three children.