People all over the world have heard of the Titanic. Once the world’s biggest ships, the Olympic-class ocean liner tragically struck an iceberg on its maiden voyage to New York and sank, with hundreds of passengers and crew members perishing in the disaster.

James Cameron’s famous film bolstered the ship’s global reputation, but the Titanic was actually one of three Olympic-class vessels, and items from one of her sister ships are going up for auction this week.

Alongside the Titanic, the trio of Olympic liners included the Olympic, which was the lead ship for the class, and the Britannic. All designed to the same specifications and intended to be the most luxurious and elegant cruise ships on the planet, these ships ultimately went down in history for very tragic reasons.

Artist’s conception of Britannic in her intended White Star livery

The sinking of the Titanic was one of the worst marine disasters in all of history, and the Britannic also sank, after colliding with a mine in the Aegean Sea. The catastrophe was far less dramatic than that of the Titanic, but 30 people died and the remaining 1,035 survivors had to be saved from the water and lifeboats.

The Britannic is actually the biggest passenger ship to currently be sitting on the sea floor and has been explored by several notable groups and individuals over the years, including Jacques Couseau back in the 1970s. 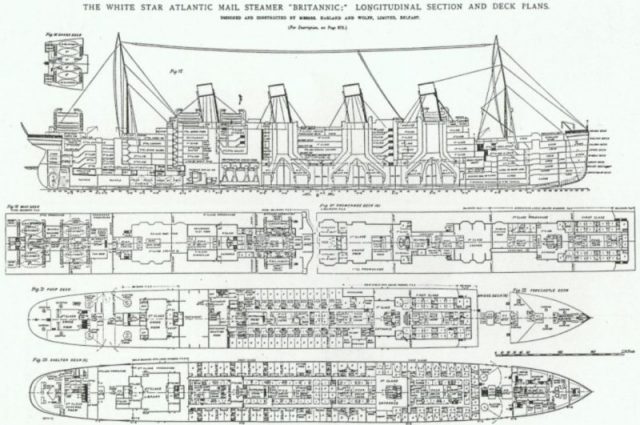 Many items have been recovered from the wreckage, while some were actually taken off the ship several years before it sank and are set to be sold at an auction in County Laois, Ireland, as reported by the BBC.

The Britannic was launched in February 1914, only a few months before the outbreak of World War I. The ship, which had been launched in Belfast, was then requisitioned by the naval authorities, with parts of being removed and redesigned in order to better suit its new purpose as a military vessel. This meant that some of the more ornate wooden carvings and fittings were taken out.

These items were put up for auction in 1919 in Belfast, with some of the pieces ending up being used to decorate Dublin’s La Scala Theatre and Opera House. 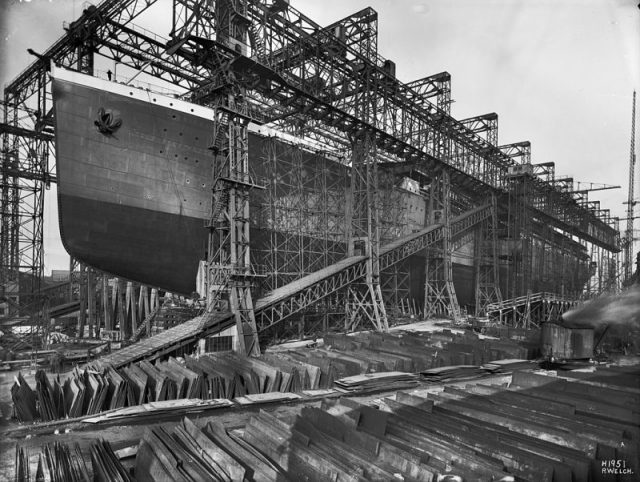 That building was later converted into a movie theater, and was then set to be demolished in the early 1970s. The panelling was removed before the demolition occurred and was actually fitted into a private Dublin home, with parts of being used to make a vintage bar.

The items remained in the home for several decades but are now being sold and set to start a new life somewhere else. The auction is taking place at the Heritage Golf Resort in Killenard. Niall Mullen, one of the organizers involved in the auction, revealed that the seller is hoping the items will be purchased by a buyer in Northern Ireland so that they can go back to their original home. 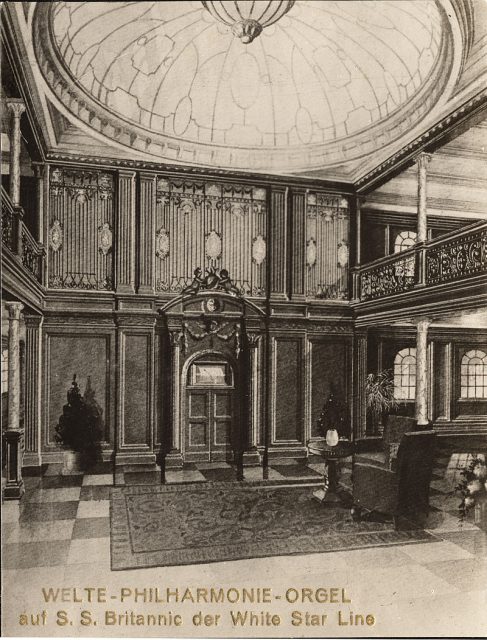 Welte philharmonic organ on Britannic in a company catalogue of 1914

The items, which were originally sourced from the first class lounge and second class library areas of the enormous ship, are expected to fetch around half a million euros ($560,000) in total.

Memorabilia and authentic items from the Britannic has been sold for high prices in the past, but collectors are willing to pay even more for items from the Titanic.

Read another story from us: The Last Titanic Survivor Was Forced to Sell Her Titanic Memorabilia to Pay Health Bills at 96

As reported by CNN, the highest price ever reached for a Titanic item at auction was around $1.4 million for a Wallace Hartley violin, which was believed to have been used by the liner’s band, who continued to play on even as the ship sank in order to try and calm the passengers down.