The oldest human-planted tree in the world has been around for over 2,000 years. Amazing if you think about it. As you walk around city streets, parks, and other locations and see all the different trees towering around you, have you ever wondered how old they truly are? How long have they been standing? When were they first planted? Well, we have evidence to show that trees can live for thousands of years, far outlasting the lifespan of any animal on Earth.

According to Live Science, the oldest tree known to man is over 5,000 years old and located in the White Mountains of California, but the oldest human-planted tree can also be classed as relatively ancient, dating all the way back to 288 BC. The tree’s name is the Jaya Sri Maha Bodhi. It’s located in the Mahamenwa Gardens of Anuradhapura in Sri Lanka. 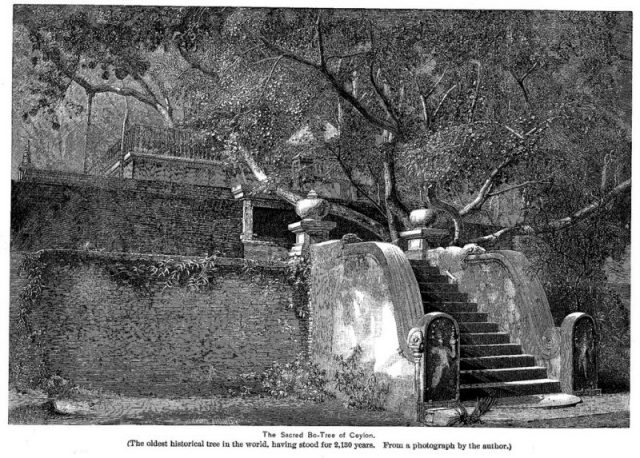 Not only is the Jaya Sri Maha Bodhi an ancient tree with historical significance, it’s also seen as a very important spiritual symbol for many people too.

It is believed that this sacred fig tree was grown from the iconic Sri Maha Bodhi tree in India. The Sri Maha Bodhi is the tree under which Lord Buddha is said to have attained enlightenment, over two thousand years ago. 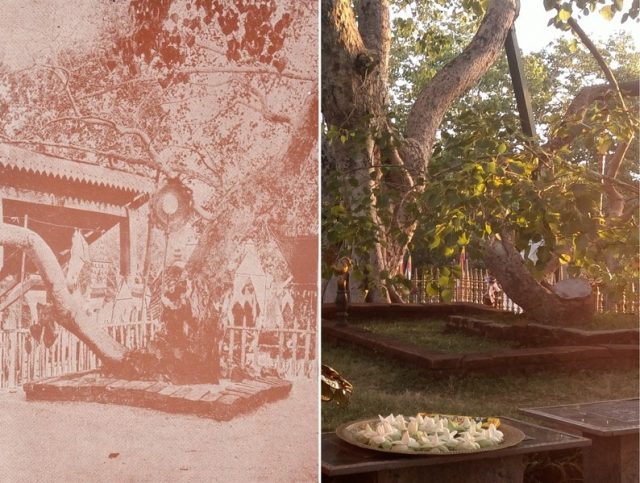 Sacred Bodhi before c.1913 and in recent past. Photo by MediaJet CC BY 2.0

Naturally, this spiritual significance means that the Jaya Sri Maha Bodhi has a very special place in the heart of the world’s Buddhists, particularly those in Sri Lanka. It’s seen as one of the most important ancient relics of the Buddhist faith, with Buddhists from all over the world coming to visit and pay their respects each and every year.

The story goes that back in the 3rd century BC, the tree was brought all the way to Sri Lanka from India by Sangamitte Theri, daughter of Emperor Asoka. Sangmitta founded her own order of Buddhist nuns at her home in Sri Lanka. The tree was then officially planted by King Devanampiya Tissa. It was given pride of place in Mahamevnawa Park. 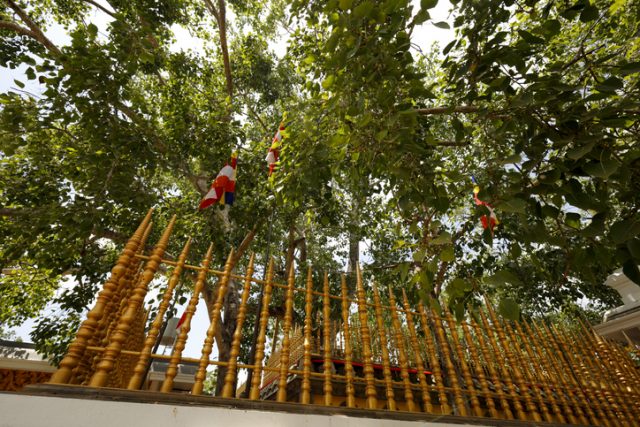 As time went by, other kings and rulers visited the site of the tree and made their own contributions. King Vasabha, for example, in who ruled into the first century BC, placed several statues of Buddha around the tree. King Voharika Tissa, who ruled in the 3rd century AD, provided new metallic statues.

King Mahanaga, who had a very short reign from 569 to 571 AD, made a water canal all around the Jaya Sri Maha Bodhi, while King Sena II of the 9th century helped with renovation and restoration of the various statues and relics left by his predecessors. 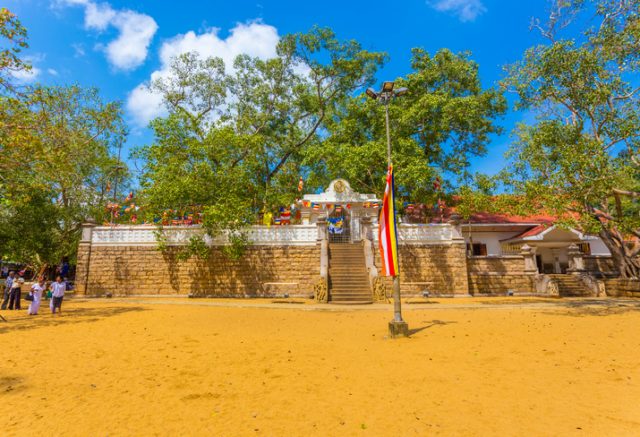 A large wall was also erected around the tree to keep it safe from wild elephants back in the 18th century, and a golden fence was also put up in the 20th century.

Buddhists can be seen visiting the Jaya Sri Maha Bodhi all through the year. Many make pilgrimages to the tree, traveling great distances to see it with their own eyes, and many people choose to leave special spiritual offerings. A lot of Buddhists also state that by leaving offerings at the tree, they later experience positive things in their own lives. 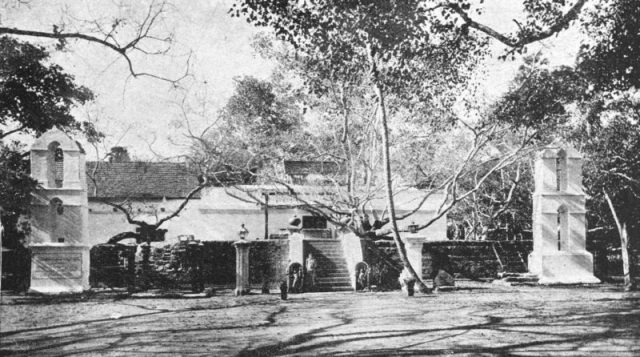 Another traditional custom is to visit the Jaya Sri Maha Bodhi when expecting a baby. Buddhists ask the tree for their babies to be born happy and healthy, and some also visit to wish for cures to their illnesses and ailments. Local farmers bring a sample of their first rice harvest to the tree in the hopes that their crops will be kept safe from the elements and animals.

Read another story from us: Buddha’s Head Hiding Inside a Tree in Thailand Continues to Amaze

In spite of the wall and fences around it, as well as the constant protection and surveillance of Buddhists and the tree’s year-round caretaker, the Jaya Sri Maha Bodhi has suffered a little damage over the years. It lost a couple of branches in the early 20th century due to storms, but is mostly intact and will surely keep standing for many, many more years to come as a powerful symbol of both spirituality and nature.