3 Sacred Items in Japanese Coronations Even the Emperor Never Sees

Japan and Japanese coronations have an ancient civilization and ancient rites that dates back thousands of years. On April 30th, a new emperor ascended to the Chrysanthemum Throne in a revered Shinto ceremony. Emperor Naruhito succeeded his father, Jōkō Akihito, who has abdicated after 30 years as head of the state of Japan.

Three sacred items are used during Japanese coronations – a mirror, a sword and a gem – known collectively as the Imperial Treasures. They signify a profound legacy that ties Japan’s history to its present. 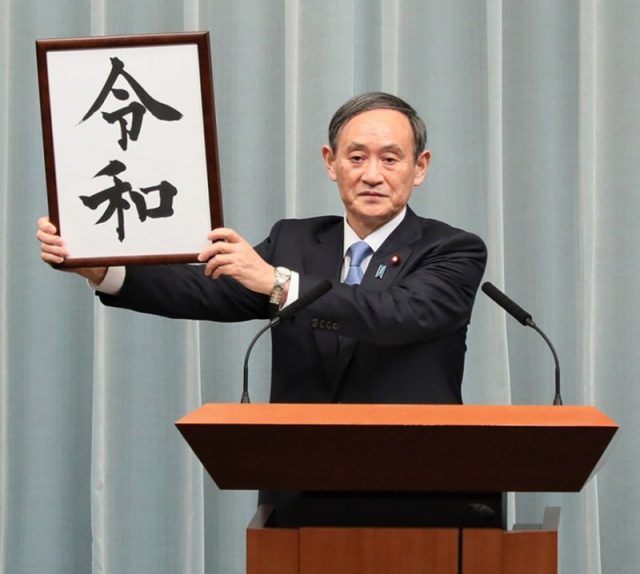 These sacred objects are said to have been passed down from the gods, and are imbued with power given to the incoming emperor. And yet these objects have never actually been seen, not even by the emperor, nor, even, the men who conduct the ceremony. Nor are the objects used the originals; each one is a replica, and all three are covered during Japanese coronations. 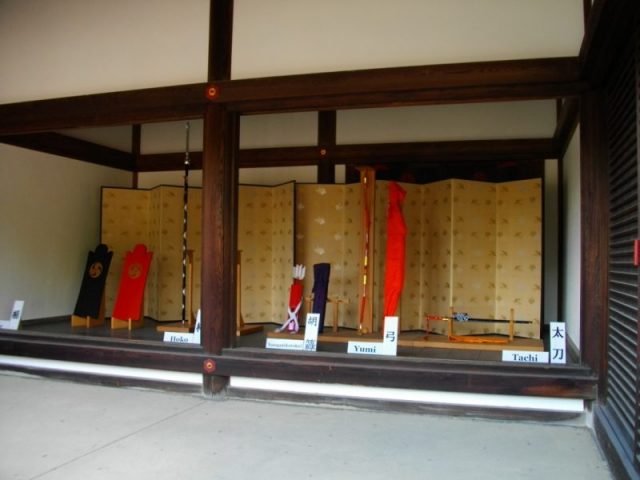 Ritual items from the Enthronement of the Japanese Emperor. Photo by Abasaa

Scholars confirmed to the BBC that little is known about the items. “We do not know when they were made,” said Professor Hideya Kawanishi of Nagoya University. “We have never seen them. Even the emperor has never seen them.”

During the coronation that crowns a new emperor, substitutes are used, and even those are covered. 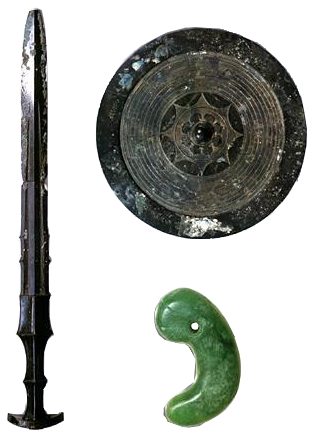 Conjectural images of the Imperial Regalia of Japan.

The mirror is, by all accounts, considered the most sacred of the three objects. In Japanese culture, mirrors are repositories of power from the gods that reveal truth. During the ceremony, an eight-sided mirror is used; it symbolizes the emperor’s great wisdom.

The sword is symbolic of the emperor’s bravery. Its role in legend dates back hundreds of years, but some question whether the original sword exists today. 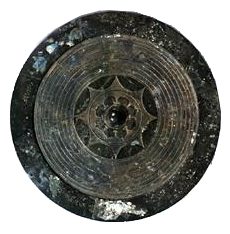 Artist’s impression of Yata no Kagami

Rumours abound that it was lost forever several centuries ago, but its role as an Imperial Treasure, and in the coronation, is crucial. The sacred jewel used is known as a “magatama,” — a curved bead. These were made in Japan beginning around 1,000 BC, and while initially prized for their aesthetic value, they slowly became valued in symbolic ways, too. 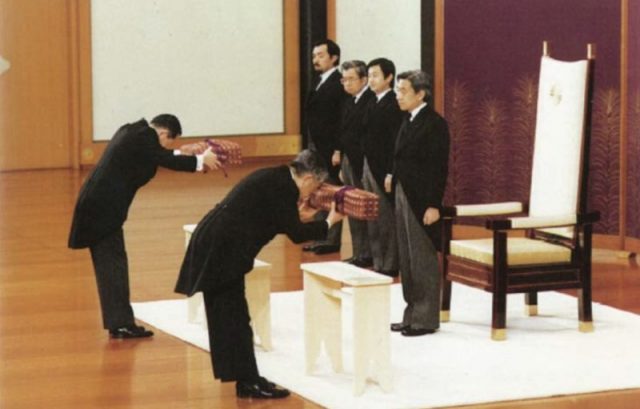 Presentation of the sword Kusanagi-no-Tsurugi and the Yasakani no magatama at the enthronement of Emperor Akihito, 1989. Photo by 首相官邸 CC BY 4.0

In the coronation, it is used to symbolize the emperor’s great benevolence toward his people. It is made of green jade, and some believe the original jewel is the only surviving Imperial Treasure. Scholars believe it lies buried deep within the Imperial Palace.

Japan’s line of emperors stopped claiming direct lineage to the gods after the country’s defeat in the second world war. Emperor Hirohito, who reigned at the time of the war, renounced his divine status following the defeat. 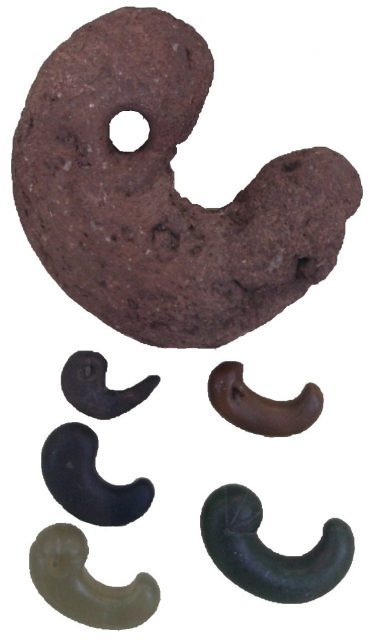 Magatama, dating from Jōmon period to 8th century. Photo by Pschemp CC BY 2.5

Since then, emperors think of themselves as inspired by the gods, but not directly descended from them. Nor do most of the people think of their emperors as divine; they are viewed as inspirational leaders who link history, spirituality and the gods to the everyday Japanese. 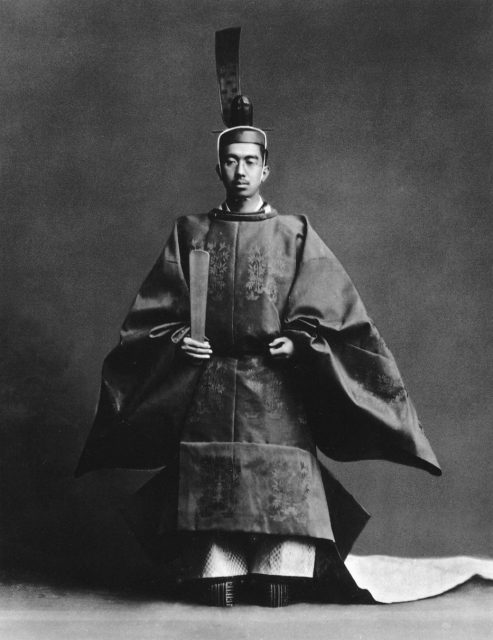 Emperor Shōwa at his enthronement in 1928.

Professor Kawanishi explained in his interview with the BBC that while some folks still view the Imperial Treasures as sacred, many modern Japanese “think of them now more as ornaments, a bit like a crown in other monarchies.”

They represent a thread of continuity, he noted, that is vital to Japanese culture. “They show the mystery of the emperor,” he said, “and are a symbol of a system that has continued for a long time.” 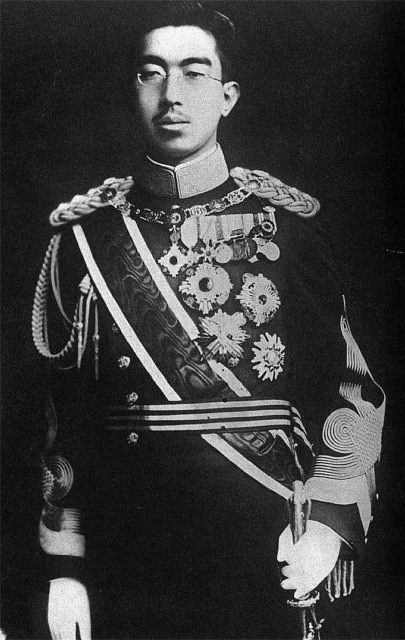 Emperor Hirohito wearing his uniform during the war

He added that academics are now linking the treasures to the notion of integration of ancient Japanese indigenous people with newcomers, and the emperor’s role in helping that process go smoothly.

However, the professor added that Japan is a cutting edge culture firmly rooted in the 21st century. Although folks prize the legends, traditions and symbols of the emperor, they are also rooted in modern technology and conveniences. 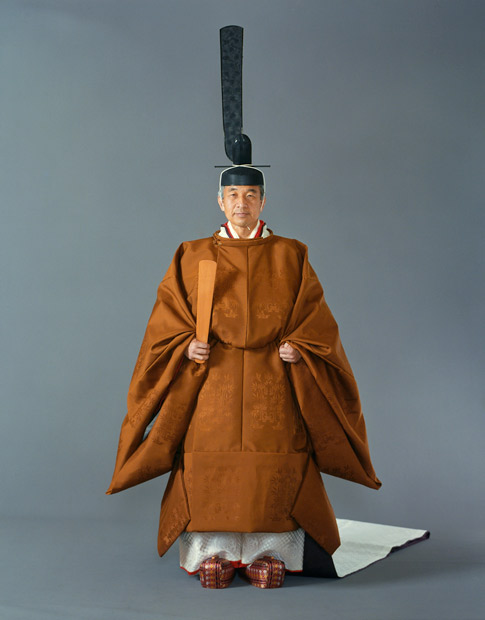 Emperor Akihito wore the sokutai at the enthronement ceremony on November, 1990. Photo by Website of the Ministry of Foreign Affairs of Japan CC BY 4.0

He added that the three treasures have also come to symbolize three objects modern Japanese families just can’t do without: “a television, a refrigerator, and a washing machine.”

Read another story from us: 400-yr-old Bonsai Stolen in Japan – Owners Hope the Tree is Watered

Even ancient cultures, apparently, are not immune to the onset of progress.