Oldest DNA in America Traced Back to Montana Man

A Montana man’s DNA has been traced back 55 generations with 99 percent accuracy, according to the ancestry company, CRI Genetics, that tested him. This means that the man’s ancestors were in North America 17,000 years ago.

Darrell “Dusty” Crawford, who is Native American, has said he was taught in school that his ancestors, the Blackfeet Native Americans, used the Bering Land Bridge during the Ice Age to reach the Americas.  However, his DNA testing contained another surprise: It seems that Crawford’s ancestors are from the Pacific Islands. From there they presumably traveled along the coast of South America into what is now North America, data suggests.

The length of Crawford’s lineage is so rare that the company told Crawford’s family that this kind of success was “like finding Big Foot.” The DNA test focused on mitachondrial DNA and Crawford’s line of female ancestors.

Discovering someone whose family line can be traced back 55 generations is “like finding Bigfoot,” CRI Genetics says.https://t.co/Q398mCirDp

The company has never been able to trace anyone’s ancestry in the Americas as far back as Crawford,  according to Great Falls Tribune. Crawford is part of MtDNA Haplogroup B2, which has a low frequency in Alaska and Canada and originated in Arizona about 17,000 years ago. To find out more about this fascinating science and how it could possibly relate to you personally please visit their site here.

This group is one of four major Native American groups found in North America. These groups are traced back to four female ancestors: Ai, Ina, Chie, and Sachi. Crawford is a descendant of Ina. Ina’s name comes from a Polynesian mythological figure, considered a representative of the “first woman.” She’s riding a shark on a $20 bill in the Cook Islands. The DNA group’s closest relatives outside the Americas are in Southeast Asia. 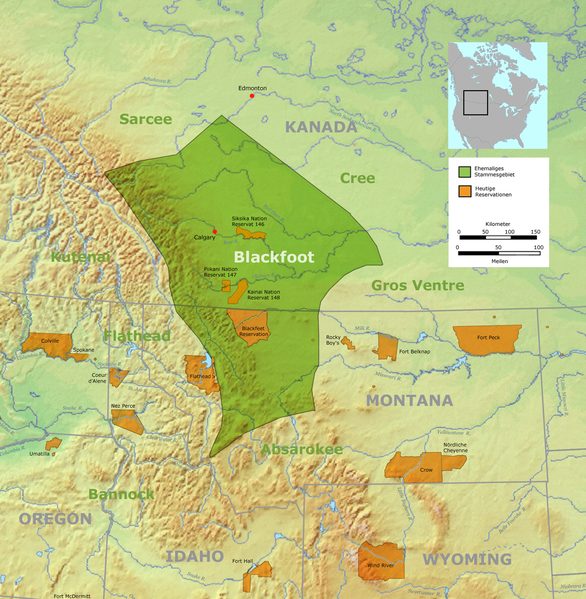 “Its path from the Americas is somewhat of a mystery as there are no frequencies of the haplogroup in either Alaska or Canada. Today this Native American line is found only in the Americas, with a strong frequency peak on the eastern coast of North America,” according to CRI Genetics. Live Science said that 83 percent of Crawford’s DNA matches up with Native Americans. The rest of it showed about 10 percent European, about 5 percent East Asian, 2 percent South Asian and less than 1 percent African.

These genetic tests are reshaping scientific understanding of when Native Americans came and by what route. Other research has suggested that humans reached North America between 24,000 and 40,000 years ago. A 24,000-year-old horse jaw bone that was found in January 2017 in Alaska had the marks of stone tools, suggesting it was hunted by humans. 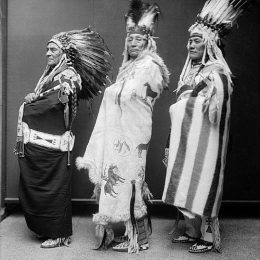 The Blackfoot Native Americans were skilled huntsmen. They primarily hunted buffalo like many other Plains tribes and traveled in groups, when hunting, to cover as much territory as possible.

In the 1800s, the white men began hunting buffalo too and this caused the population to decrease. More than 600 Blackfoots reportedly starved to death because of their dependence on the nearly extinct buffalo. The Blackfoot tribes are very spiritual and believe in supernatural powers. Among their beliefs is  that everything has a spirit, whether alive or inanimate.

The Blackfoots most important spiritual ceremony is the Sun Dance. Taking place over eight days  in  the summer, it is also known as the Medicine Lodge Ceremony. It centers around dancing, singing, prayer and fasting, and the buffalo is the highlight of the ceremony. The ceremony was deemed illegal from the 1890s until 1934, when it was restored.

The Blackfoot Confederacy is a historic collective name for the four bands that make up the Blackfoot people: three First Nation groups in the Canadian provinces of Alberta, Saskatchewan, and British Columbia and one federally recognized tribe in Montana.