A company that flies vintage seaplanes could be the first to send an electric plane into the air and become the world’s first all-electric airline.  MagniX, the company behind the electric aviation revolution, and Harbour Air, North America’s largest seaplane airline, are partnering to produce an all-electric commercial fleet powered by the magni500, a 750 horsepower (HP) all-electric motor.

Harbour Air flies a fleet of over 40 propeller-driven seaplanes that take off and land on water. It flies 500,000 passengers every year to 12 destinations in the Northwest. 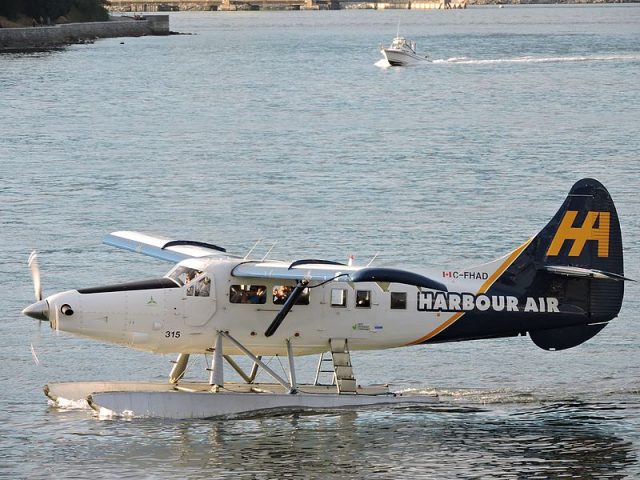 “It turns out that the current generation of battery and electric motor technology — developed for cars and industry — fits almost perfectly within the Harbour Air’s existing operations,” according to Vox.

“We are in this rather unique position of having short stage lengths and single-engine aircraft that require a lot less energy,” than larger planes, said Harbour Air CEO Greg McDougall in an interview with Vox. “We started doing some math and working with some engineers and figured out that it was actually entirely doable with the technology that exists today, although with a limited range and limited payload.” 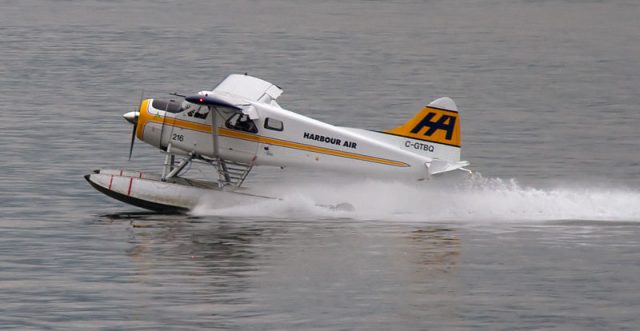 The company says that a Harbour Air ePlane, their vintage electric seaplanes, will have zero reliance on fossil fuels and produce zero emissions – a significant step forward. 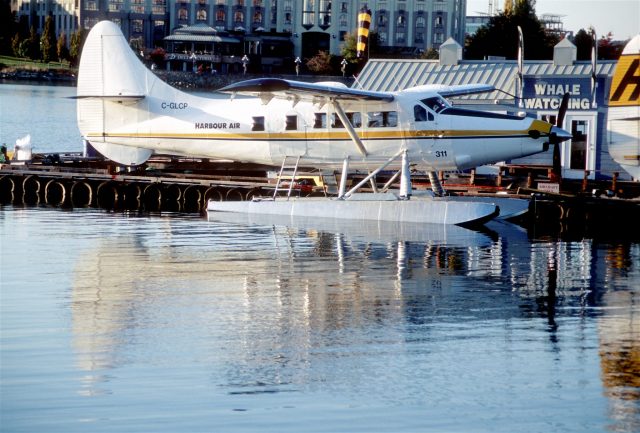 “Harbour Air first demonstrated its commitment to sustainability by becoming the first fully carbon-neutral airline in North America in 2007, through the purchase of carbon offsets,” said McDougall in a statement. “Through our commitment to making a positive impact on people’s lives, the communities where we operate and the environment, we are once again pushing the boundaries of aviation by becoming the first commercial aircraft to be powered by electric propulsion. We are excited to bring commercial electric aviation to the Pacific Northwest, turning our seaplanes into ePlanes.” 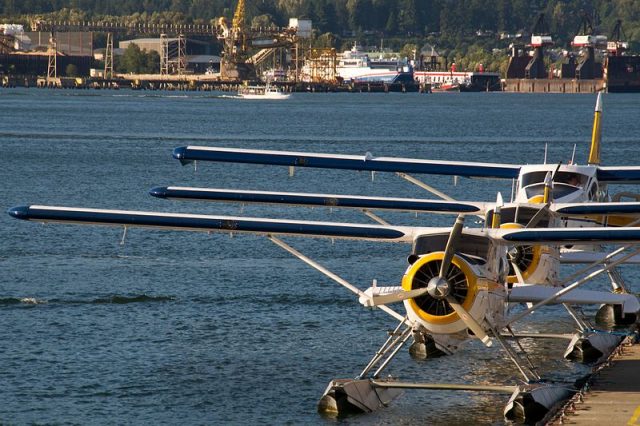 Line up of Harbour Air seaplanes, Vancouver. Photo by Brian CC by SA 2.0

“The first one would be a prototype, which is basically proving the technology for Transport Canada and getting toward certification,” McDougall said.

The DHC-2 de Havilland Beaver was introduced in 1947. The company produced approximately 1,600 before ceasing production in 1967. Known by some as the “workhorse of the north,” the Beaver has been instrumental in exploring modern frontiers. It is the first single-engine utility aircraft to be turbine-powered, with de Havilland producing over 60 Turbo units before production ceased. 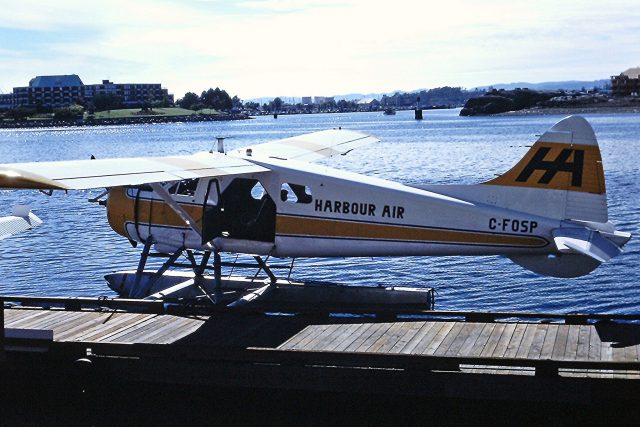 The quintessential Alaska bush plane, the DeHavilland Beaver had quite a long career there. The sturdily-built Beaver was designed to carry a lot of weight and operate effectively on either wheels or floats. Alaska Seaplanes’ Beavers have all operated on straight floats in the summer for maximum payload, and amphibious floats in the winter for optimum flexibility.

The new electric engine will give the DHC-2 de Havilland Beaver a flight time of about 30 minutes with 30 minutes of reserve, which should be enough to complete most of Harbour’s short routes, according to Eric C. Evarts at Green Car Reports. And thus the revolution of vintage electric seaplanes is underway.