Nero’s extravagant palace has unearthed a secret hidden chamber. A grand palace that the Emperor Nero built on the ashes of a catastrophic fire in Rome contained a secret room, one that was discovered  some 2,000 years after Nero’s death. While restoring a nearby room, archaeologists recently came upon the 15-foot-high vault-like chamber covered with colorful frescoes of creatures real and imaginary, from birds to centaurs.

“In red and ochre hues, with traces of gilding, centaurs dance across the walls with depictions of the goat-legged god Pan, some bearing musical instruments,” according to Science Alert. “Birds and aquatic creatures, including hippocampi, are also depicted, and a warrior armed with bow, shield and sword fighting off a panther, all framed by plant elements, and arabesque figures.”

Nero’s hidden chamber has been named the Sphinx Room for one creature in particular, a solitary sphinx.  “The find offers a tantalizing glimpse into the atmosphere of the 60s of the First Century AD in Rome,” said officials from the Colosseum archaeological park. 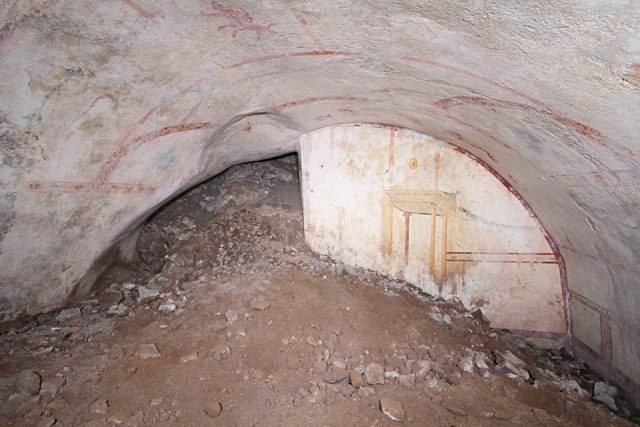 The discovery of Nero’s hidden chamber, made in May 2019, “was of immense artistic and archaeological value,” said Alfonsina Russo, the director of the Colosseum, in a statement released to the media. “We hope to finish the work by the end of the year. The room is well preserved but it needs cleaning and restoration.” 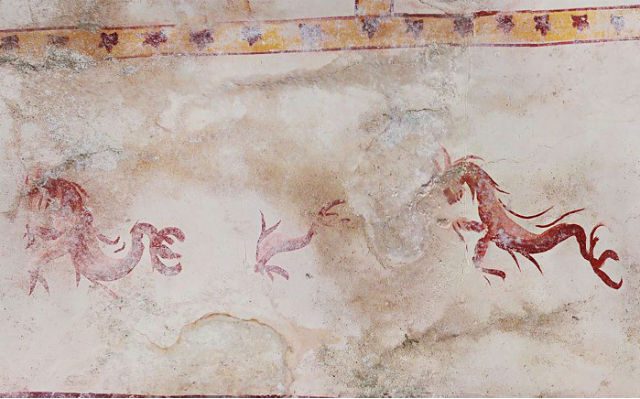 Italian archaeologists believe the room was constructed for Nero sometime between 65 AD and 68 AD. The palace that rose above it, the Domus Aurea, sprawled over four hills in Rome, contained at least 300 rooms (some of them made of white marble), an artificial lake, and a huge status of Nero himself. It was extraordinarily extravagant at a time when Rome was devastated by the fire that destroyed two-thirds of the city. 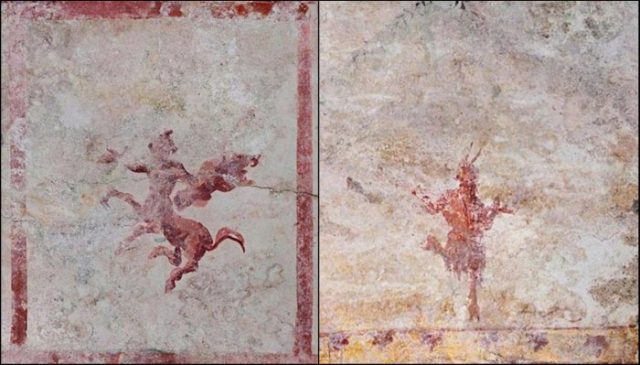 “It is unclear what this newly discovered chamber was used for, but it’s almost certainly seen some wild stories in its time,” according to IFL Science. 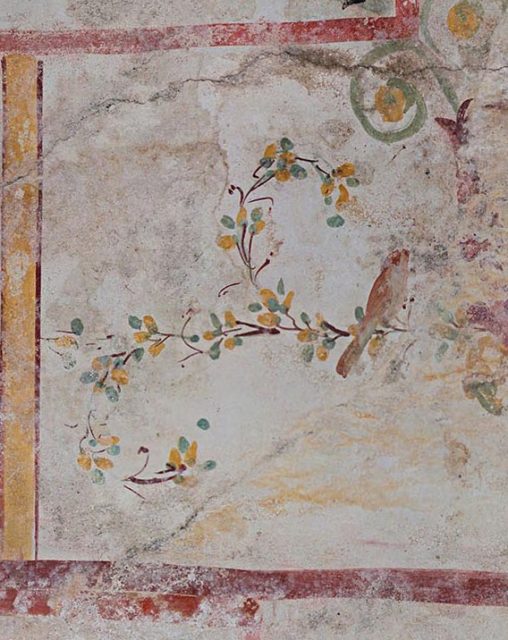 Nero, the last of the Julio Claudian dynasty, reigned from 54 AD to 68 AD. He died by his own hand at age 30. He is not considered necessarily the worst of the emperors from this family, but Nero might be the most hotly debated today. “Fiddling while Rome burns is just one of the stories that’s made Nero’s reputation as one of the most evil men in history. But the fact that he didn’t even play the violin should alert us to the fact that there’s more to him than historians have said.” 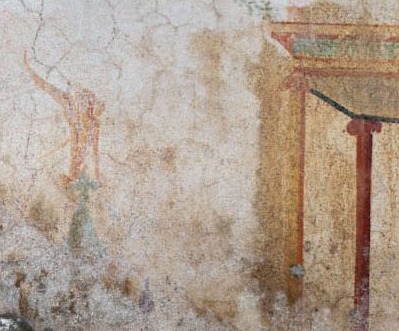 After Nero’s death, the palace was both neglected and built upon by successive rulers. The Colosseum, the site of gladiatorial battles, is thought to have been built where Nero’s artificial lake once stood.

Nero was directly descended from the Emperor Augustus, who was the nephew of Julius Caesar. Nero’s mother was Agrippina the Younger, who married her uncle, the Emperor Claudius, when Nero was a child. Agrippina was also the sister of Emperor Caligula, and historians speculate she was his lover. However, Nero was believed to be the son of Agrippina’s first husband, a nobleman named Gnaeus Domitius Ahenobarbus.

Claudius adopted Nero and married him to his own daughter, Claudius Octavia. After Nero succeeded Claudius (possibly poisoned) as emperor at a young age, he had his wife banished and forced to end her own life in a bath.

Nero blamed the Christians for the fire of Rome, leading to persecutions and many fatalities. He became increasingly unpopular with all levels of society, until his military forces were defeated by those of rival rulers. Once the Senate declared him a public enemy and there was no hope, he took his own life.

Some historians say Nero was personally accomplished, supporting the arts and athletics, and the design of his palace embodied his passions. He gave public performances on the lyre and read his poetry.

His last words were said to be “What an artist dies in me.”