End of the Dragon – The Final Days of Bruce Lee

On July 20th, 1973, Bruce Lee, 32 years old, was one of the most revered martial arts practitioners in the world, an advanced student of philosophy, and a charismatic actor whose hotly anticipated film Enter the Dragon was a month away from release. This was also Bruce Lee’s last day alive. After an autopsy and investigation were complete, the cause given was acute cerebral edema. Nonetheless, his passing has proved to be an enduring mystery, with intense speculation about foul play.

Lee Jun-Fan (Bruce Lee) was born in San Francisco while his parents, born and raised in Hong Kong, were touring the United States with a Cantonese opera. The family returned to Hong Kong, and Bruce Lee has said his first memories were of living under Japanese occupation. He began his training in martial arts as a teenager, and moved to the U.S. at 18. He studied philosophy in school while teaching martial arts and also pursuing an acting career. 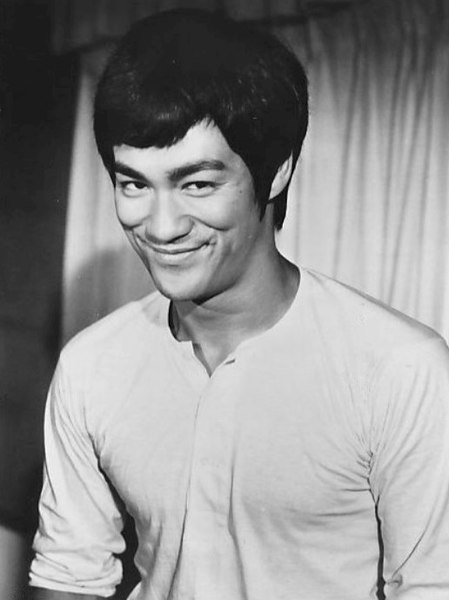 Lee became famous for his private lessons in martial arts while he built his acting career. He taught Steve McQueen, James Coburn, Kareem Abdul Jabbar while also collaborating and acting with Chuck Norris. He was frustrated with barriers to being cast in Hollywood films while Caucasian actors were made up to appear Asian.  The films he made in Hong Kong were very successful, and America was finally taking notice.

The Hong Kong-Hollywood joint production of Enter the Dragon, co-starring John Saxon and Jim Kelly and with a score by Lalo Schifrin, was poised to be a huge hit, and Bruce Lee was determined to parlay it into an entertainment empire. But despite his training regimen and a careful diet based on vegetables and fish, Lee had health problems in 1973. On May 10th, he collapsed during a dialogue session for Enter the Dragon , suffering from severe headaches and seizures. He was diagnosed with cerebral edema, and was treated and recovered. 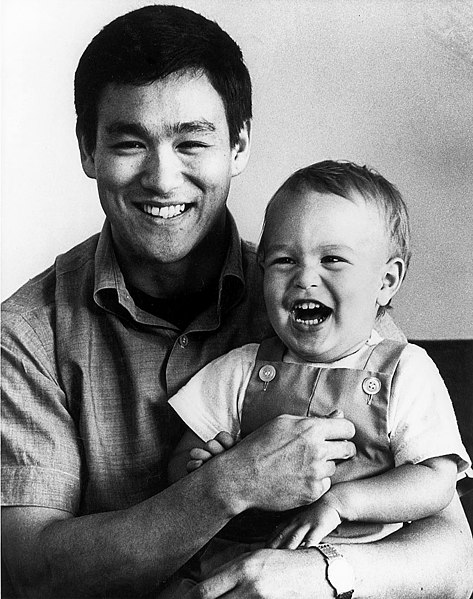 On July 20th, Lee was planning to have dinner in Hong Kong with actor George Lazenby, a planned costar. First his friend, film producer Raymond Chow, came to the house Lee shared with his wife, Linda, to discuss Game of Death, a film that had begun before Enter the Dragon which was in the process of resuming. After working for a while,  during which Lee was reportedly very animated, Lee and Chow left to drive to the apartment of actress Betty Ting Pei, who was Lee’s mistress. 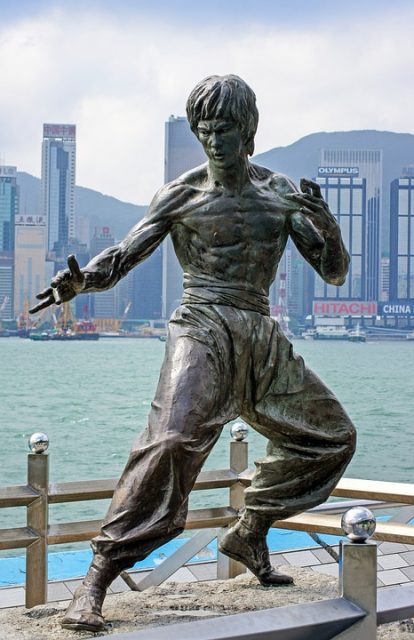 Lee complained of a headache at Pei’s apartment, and she gave him a common pain prescription drug called Equagesic at about 7 p.m. He decided to rest in her bed in the other room. Chow went on ahead to the restaurant where they would dine with George Lazenby. Chow called Pei after a while and asked when Lee would join them, because it was getting quite late. But when she went into the bedroom, Pei could not revive Lee. 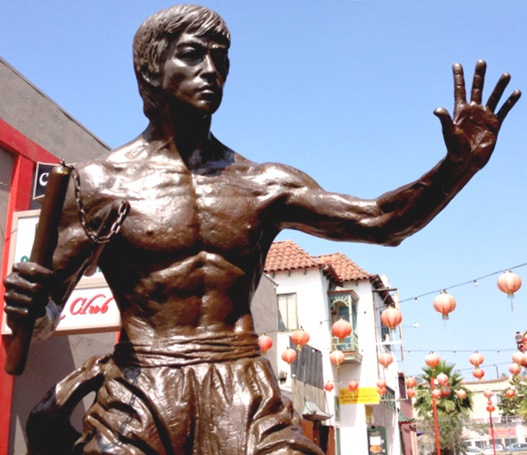 After neither Chow nor a doctor Pei summoned could revive Lee, he was finally taken to the hospital, and there declared dead at around 11 pm. Chow had called Lee’s wife to come to the hospital.

While the shock of Bruce Lee’s death rippled around the world, the autopsy Lee’s widow requested went forward. A repeat of a cerebral edema was given as the cause. Equasigic and marijuana were both found in his system, and there has been speculation that either may have played a part in his demise. Also it was a very hot day, and the possibility exists of heat stroke, which may have been worsened because Lee had his sweat glands in his armpits surgically removed. Another cause bandied about was the use of steroids.

Other theories abound that Lee was taken out by organized crime, the Triad. There were rumors that Betty Pei later married a member of a Triad (her husband was actually a film producer whose family was involved with the Triad). The crime syndicate’s grudge against Lee has never been explained. Perhaps the wildest theory was that Japanese assassins got to Lee because he had not respected the Japanese form of martial arts.

In the end, the cerebral edema is seen as the most likely cause, but his fans had a terrible time accepting it because Lee was so young and seemingly fit. Darker forces had to have been at work. The untimely end of Lee’s son, Brandon, on a film set in a shooting accident in 1993 have strengthened talk of a “Lee Curse.”

More than 45 years later, Bruce Lee is still a potent force in popular culture. As Matthew Polly wrote in his book Bruce Lee: A Life, his legacy was to “singlehandedly introduce more people to Asian culture than any other person in history.”

« Dracula’s Cannonballs – Incredible Find Connected to Vlad the Impaler
Return of the 80s: Punky Brewster Coming Back to TV with Original Star »