Almost a century ago, a small herd of bison was supposedly transported to the island of Catalina, 22 miles off the coast of Los Angeles, to be in the background of a 1924 silent film being shot called The Vanishing American. But after the film was finished, no one rounded up the bison to transport them off the island. Their continued existence on Catalina has led to some real twists and turns.

Catalina Island, claimed by the Spanish Empire before being relinquished to the U.S., possesses an intriguing history of smuggling and gold mining before it transformed itself in the 20th century as a place for relaxing. Twenty-two miles long and eight miles wide, it has trails to hike, oceanfront shops to scour, and snorkeling trips to book. 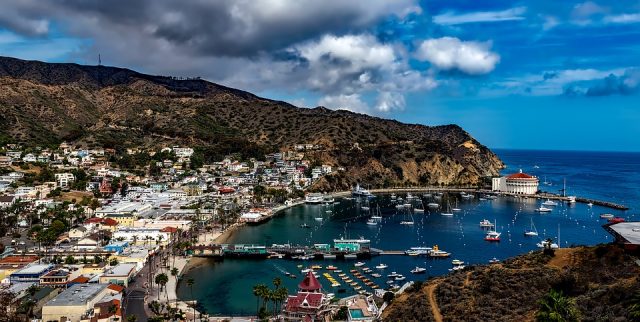 And then there’s the bison, a species that came close to extinction in the 19th century. “Catalina Island’s largest resident land mammal, brought over for a movie shoot and left to its own devices, the bison herd can be found roaming the interior of the island, where they are regularly spotted by hikers and other explorers,” said Catalina Tours.

While the film shoot story is accepted island history, there are some who are skeptical, pointing out that there are actually no bison visible in The Vanishing American. Yet it cannot be questioned that somehow the bison found a way there, and it’s an awful long boat ride from the mainland. 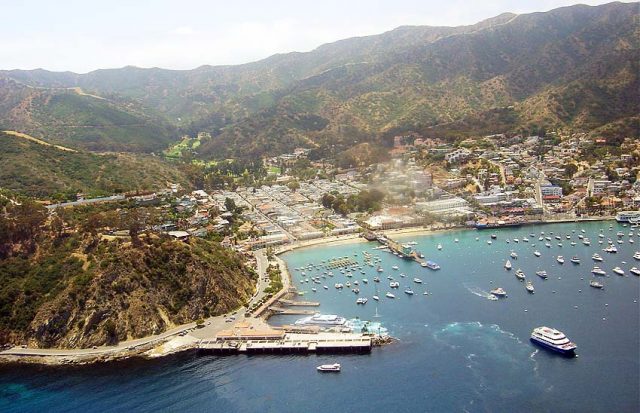 A view of Avalon on Catalina Island. Photo by Frank Horst cc-by-sa-2.0

Without natural predators and living in a mild climate, over the years the herd grew to at least 600–which was too many bison for the island to handle. Hundreds of them were taken off Catalina Island to live on Native American reservations, where their numbers had tragically dwindled after numbering in the millions for millennium.

Experts say life post-Catalina is actually best for the bison. “They’re very challenged healthwise when they’re on this island, because they don’t have the adequate nutrition during the right time of year,” said Julie King, director of conservation and wildlife management at the Catalina Island Conservancy, in an interview with VOA. “So our bison are in fact a little smaller than the mainland, and it’s not a genetic difference. It’s due to not having the right nutrition at the right time.” 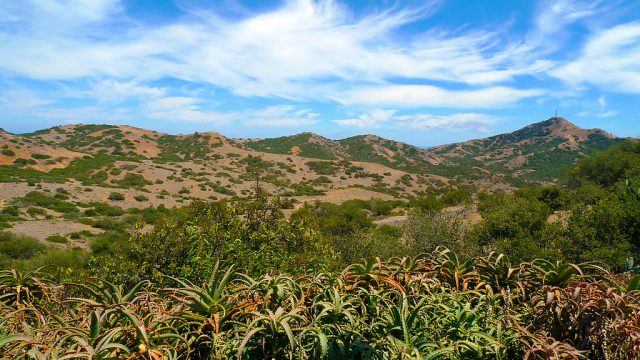 Currently the Catalina bison number around 150. An argument exists that all the bison should be removed. “Ideally, as a wildlife biologist, I would say one is too many on this island,” says King. “They did not evolve on an island. Our largest native herbivore is a squirrel…not an 1,800-pound herbivore.” 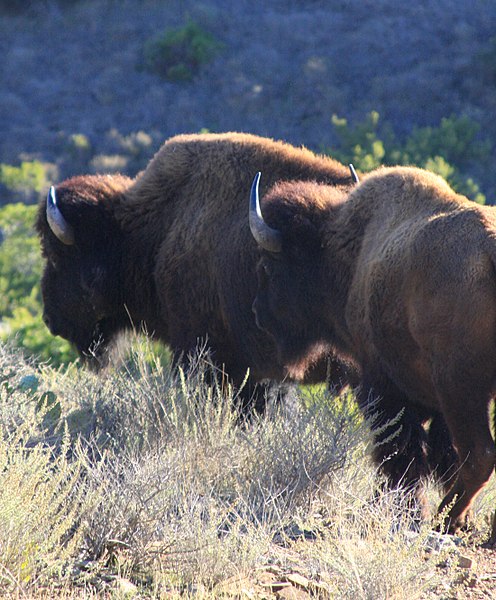 Bison on Catalina Island. Photo by tinyfroglet CC by 2.0

The latest solution, since the bison are considered part of Catalina’s “cultural fabric,” is to keep the herd small through the use of birth control. Catalina Conservancy says, “To counter a growing herd size, the Conservancy initiated a contraception program in 2009 as a cost effective and humane approach to maintaining the bison population at sustainable levels. This program has been extremely successful and no additional bison calves have been born since 2013. Contraception halted temporarily and the Conservancy hopes to see bison calves on the Island again soon!”

While all sorts of jeep and hiking tours have taken interested visitors to observe the island’s largest mammals, they are by no means tame, and that was underscored in 2017.

“A man who was camping at Little Harbor Campground on Catalina Island was injured after being gored by a bison the afternoon of Saturday, Feb. 17, police said,” according to a story in the Orange County Register. “The incident occurred at about 5:15 p.m. when the man was sitting on a log and a bison was grazing nearby, said Los Angeles County Sheriff’s Department Sgt. Ray Ward.”

Related Article: 36,000-year-old Meat of a Mummified Bison was used for a Stew

The sergeant told the newspaper, “When the man saw that the (animal) was getting closer to him, he got up and tried to move away. That’s when (it) charged him and gored him in his left arm.”

Los Angeles Fire Department officials treated the man at the scene and he was airlifted to Harbor-UCLA Medical Center. “It’s very rare for them to attack,” Ward said. “People forget sometimes that they are wild because they appear domesticated.”